It is November 2013. I am on the hunt for a Christmas gift for my 5 year old daughter. But as I scan the aisles at Toys R Us, I begin to wonder if something is wrong with her. She does not fit into the molds of sparkly princess dolls and house 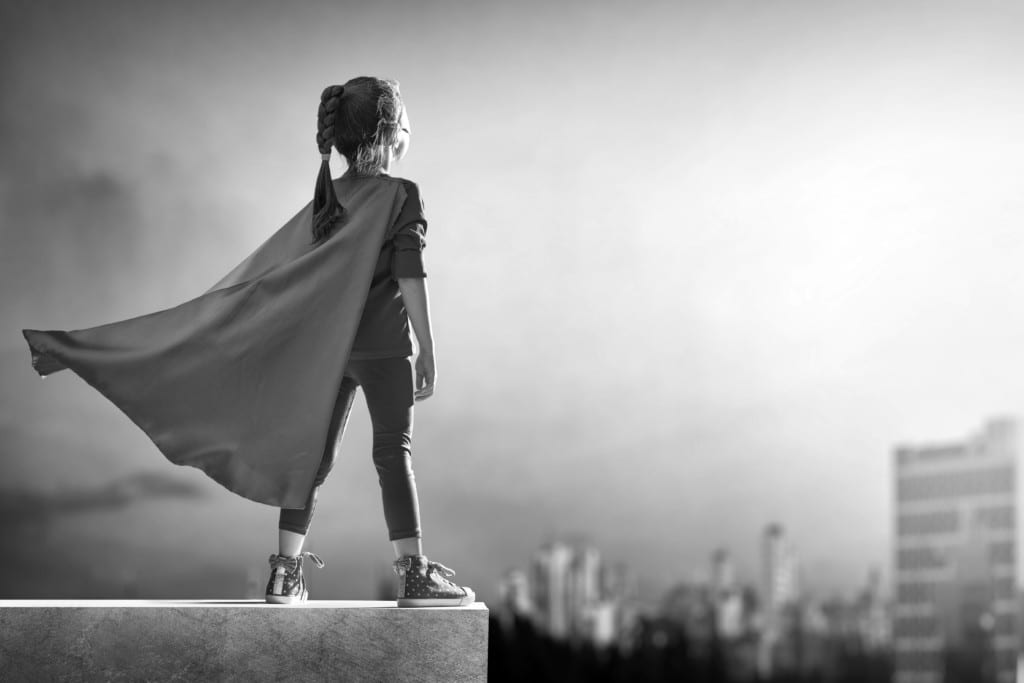 work toys that dominate the “girl” side of the store. However, she is a girl, and she is girly, so when I head to the “boy” section, I find nothing that suits her there, either, because the female superhero characters are not only scarce in existence, but they are woefully under marketed.

Less than two years after our daughter arrived, her brother bolted onto the scene. From the beginning, our house was filled with a great mix of “girl” toys and “boy” toys. And there was no distinction. My son played with dolls and trucks equally, while my daughter played with cars and action figures as much as her barbies and dress-up clothes.

We spent several years in this gender neutral parenting world, not realizing we were setting our daughter up for consistent disappointment as she got older. See, as my son grew, he moved away from the “girly” toys and gravitated toward science, Marvel characters, racecars and kickboxing. While I still encourage him to tap into his softer side and play with dolls, he is his own person. And for him, the toymakers have hit a home run. It is easy to find toys and activities that he identifies with and enjoys. There is no shortage of merchandise for the male heroes he sees on TV, such as Luke Skywalker, Iron Man, Captain America, The Flash, Superman etc.

My daughter, on the other hand, not so much. She is a girly-girl. She loves her dresses, her heels and her lip gloss {sparkly chapstick}. But, she is also interested in science, Marvel characters, racecars and kickboxing. Finding merchandise or clothing that she enjoys and identifies with is much more difficult than it is for my son. Where is her Black Widow trick-or-treat bag? And why did it take a social media outcry for companies to create Star Wars merchandise which included the LEAD CHARACTER?? #WheresRey

“It’s not just that little girls need to see that girls can be heroes, it’s also that little boys need that message, too.” -Derek Bruff

In the last three years, plenty of companies have come a long way, but there is still plenty of work to be done. Girls do not have to be “all girl” or not girly at all, but judging by most products, you would think they only have those two options. Girls can and do love strong female action heroes. Girls do like science projects and getting dirty. Girls should be encouraged to be thinkers and leaders instead of just pretty and nice.

Over in Sweden, the Toys R Us catalog is completely gender neutral, where girls are depicted playing with nerf guns and boys are pictured with dolls. If they can do it there, why can’t they do that here? Why must my girl be pigeon holed into homemaking, dress up and all things pink before she can even decide for herself? Why can’t boys be seen softer or as caretakers? Please spare me that it will destroy their masculinity, because I can tell you one thing, there is nothing more masculine than seeing my husband take care of our babies.

I would love to see brands and stores continue to slash gender-roles and give little girls more opportunities to have items that show strong female characters. And I’m not the only one. Are you listening, toymakers and toy stores? This little girl has something to tell you.