Grounding Yourself Amidst Uncertainty and Change 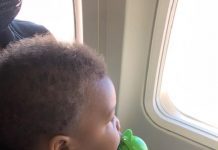 10 Tips for Traveling With a Toddler

Takeout Fake Out:: Chinese Chicken Dishes to Up Your Freezer Cooking...

I Don’t Have COVID-19, But I Think It’s Making Me Sick