Disclosure: This post is sponsored by McGehee School and was written by Julee LaPorte.

If you have fond memories of early adolescence, you may be in the minority. Most of us 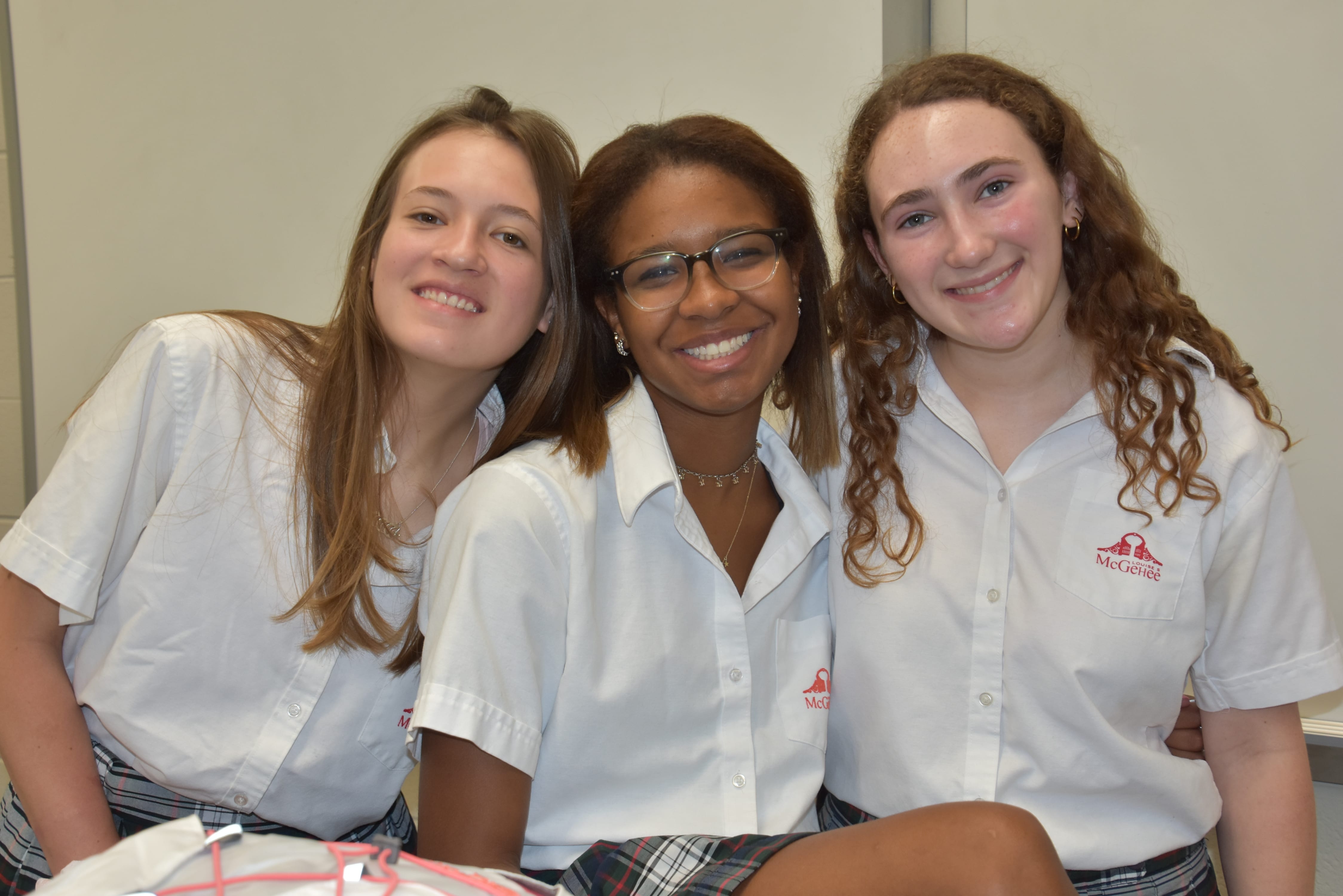 carry difficult — and sometimes downright painful — reminders of those awkward teen years. Our own suffering notwithstanding, many parents are caught off guard when they start to experience a breakdown in communication with their daughters as they enter the Middle and Upper School years.

First, you should know that it’s not you. Your daughter is beginning down the path to independence, and that means pulling away a bit. She needs space to try on new identities, make mistakes, and grow into who she wants to be as an adult.

With that said, you still play the most critical role in her development, just like you did when she was a wee toddler. Here are a few pointers on navigating the waters of the teen years with your girl.

Meet Her Where She Is

Have you ever tried to start a conversation with your daughter only to be brushed off with a brusque “Ugh! Mom!”? Are you looking for ways to engage meaningfully with your daughter but get stuck on where to start? The developmental mindset of teenagers is not very far from the cognitive leaps experienced by toddlers. Like toddlers, teens can have their feelings easily hurt, seem insensitive at times, and may appear egocentric. When interrupted from a task that they are devoted to – texting a friend, trying to solve a particularly thorny math problem – teenagers might lash out.

Instead of taking it personally, experiment with different forms of communication to find a way in which she’s most comfortable engaging with you. Send the occasional text or social media message. Leave a sticky note on the bathroom mirror. Put up a shared whiteboard in the kitchen. If you get resistance to one form of communication, move on to another until you find something that allows her to choose to engage on her terms and in her own time. You may find the conversation to be more rewarding when she feels like she has ownership in how it unfolds.

Sweat the Small Stuff with Her

Do you remember an embarrassing moment from Middle School? That time you showed up in the wrong class or when you forgot your line in the play? Of course you do. Does anyone else remember it? Probably not, but that doesn’t keep you from feeling those sharp pangs of embarrassment once a year when you recall it.

You may know that the embarrassing encounter that’s bothering your daughter today is small in the grand scheme of things, but that doesn’t mean you should tell her to move on too quickly. Validate her feelings and commiserate over every misstep and missed cue. Feeling heard can help her find the source of her negative feelings and move past them. No need to live in the past, though. Once it seems like your girl has moved on from the issue, it’s ok to let it go, too. Again, like toddlers, teens need love and reassurance, but they’re usually quick to move on to the next fun thing.

Build your Network to Connect with Her Champion

While early adolescents certainly need their space, they are not capable of making the best choices all on their own. Your daughter is processing a lot of new feelings and dealing with new situations. It’s our job as parents to be present even when it feels like our daughters don’t want us to be present.

How do we do that? By partnering with the teachers, coaches and other adults in her life. Be active in the things that she loves, and lean on the adults in those circles to help you support your daughter. Identify her champion and get to know them well. Expanding your network of invested adults will not only help you to see the best way to help your daughter through a rough patch, but it will also provide you with the support that you need to take care of yourself while taking care of your teen.

Middle School at McGehee is a safe place for your daughter in these transformative years. Girls can be girls and focus on developing meaningful relationships – with their peers, with their teachers, and with their parents – on their own terms. During this time of many changes, academically, emotionally and physically, McGehee’s goal is to guide young women by fostering an innovative, collaborative learning environment that includes a culture steeped with positivity, inclusivity, collaboration, and risk-taking, all critical to their development.

Join us on Wednesday, October 16th for a Middle and Upper School open house at 5:30 p.m. and learn more about McGehee girls and McGehee Leading Women. Stop by with your daughter and learn from our girls and faculty why McGehee can make a difference in the life of your daughter. 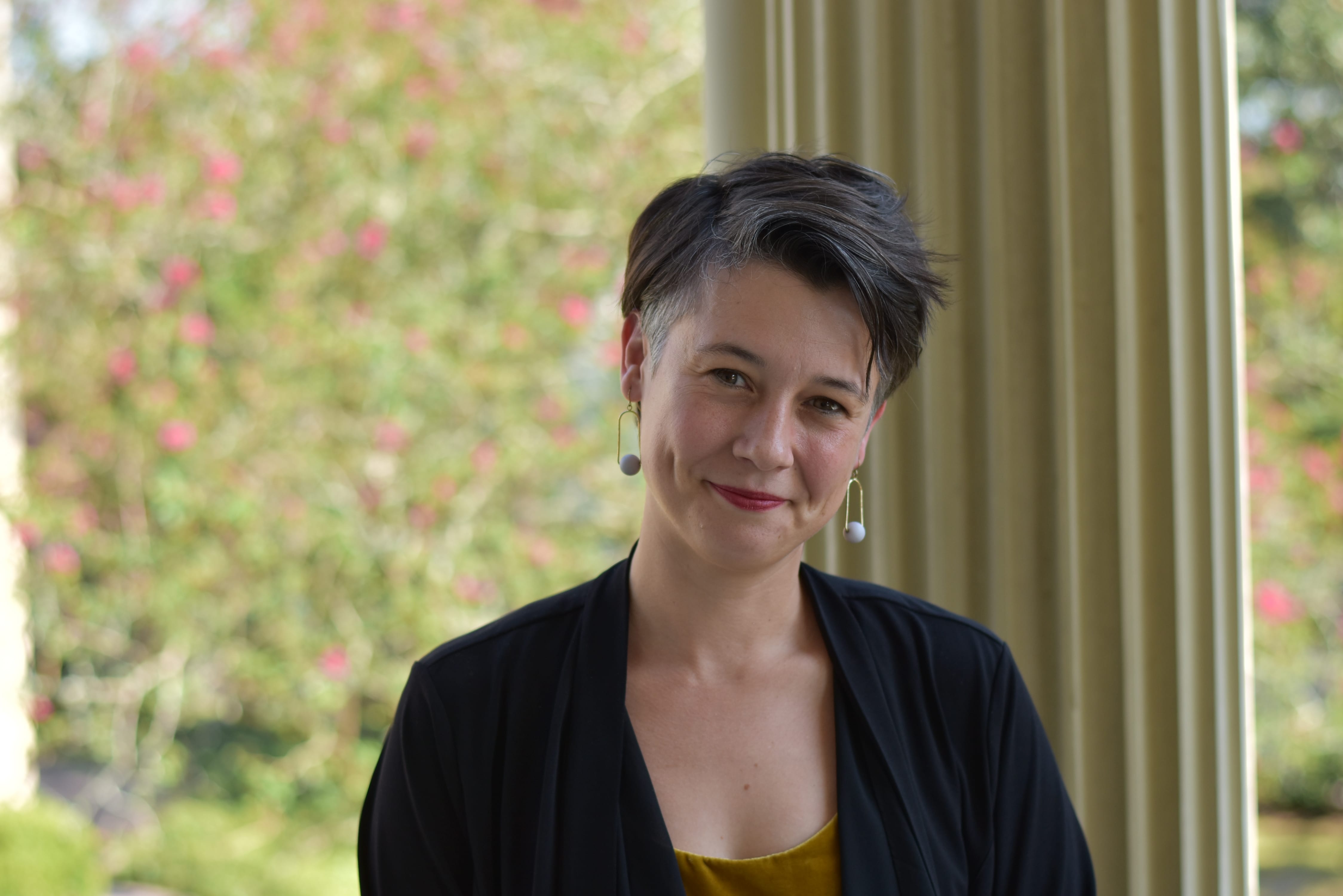 Julee LaPorte is an educator, mother of two, and was crowned the first Baby Boucherie Queen of Sorento, Louisiana in 1985. A native of Saint Amant, Louisiana, she and her husband have lived in New Orleans for the past 10 years. She is a graduate of the LSU Honors College and completed her graduate work at the University of North Carolina – Chapel Hill. She is passionate about girls education, improving outcomes for all students in New Orleans, and wearing at least three different patterns at once. Julee found “her village” at the Louise S. McGehee School where she started teaching French in 2009. Her favorite age to teach is Middle School, even if no one believes her. She currently has the honor of serving as the Director of Admissions and Financial Aid at McGehee.

Please Don’t Make This Mistake … {Look Before You Lock to...