Everyone that knows me (or even just follows me on social media) knows that I am very into true crime. More specifically though, following current cases of missing people and unsolved murders.

There has been a new term emerging over the last few years for people like me: online sleuths.

I have been like this for as long as I can remember. I grew up watching shows like In the Heat of the Night, Unsolved Mysteries, and Silk Stalkings. I always loved Cops, Rescue 911, and any high drama series. I went to LSU and studied Communication Studies where I took sociology and psychology classes studying the human psyche and relationships. Nothing has changed, I often think to myself that I missed my calling by not going into the line of criminal justice or forensics. I have always been someone that is considered a researcher and a good detective. I am regularly tasked with finding information for friends that are looking for the scoop or background on someone. And you better believe I know all of the tips and tricks an average person can access to help them find what they’re looking for. Google Earth, police scanners, flight trackers, arrest logs, background checks – there is so much information available out there that it has started to make me rethink my own online presence at times.

Between the 24/7 news cycle and social media outlets, following major national crime cases has become a hobby for thousands across the country. “Web sleuths” flock to groups on Facebook and Reddit based on these horrific crimes. There are YouTube channels, TikTok pages, and endless podcasts to listen to and speculate. More and more people 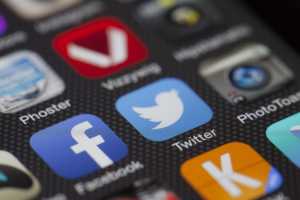 (including myself) head online every day for the details and share any new thoughts that they may have on these cases. Did you know that only 50% of murders actually get solved? Some of that is due to a large percentage of gun violence, but still – 50%!

The first case I remember having a fascination with was the OJ Simpson case. Like many in my generation that was the first major murder case that was played out on television. I remember watching his white Bronco flying down the interstate. Even at 10, I thought he did it and was fascinated by the legal system.

Since then, there have been many others.

Casey Anthony of course, recently released a documentary (full of lies) that has been quite a conversation piece between many people I talk to.

Scott Peterson. What a monster. We all watched in horror as he went from the grieving husband to a man on the run convicted eventually of murdering his pregnant wife and unborn child to be with Amber Fry.

Shanaan Watts gripped the nation and women my age alike. She was beautiful, seemed to have it all, and shared that life on social media. She sold the very popular product at the time, Thrive, which some of my own friends we selling at the time. The first time I saw Chris Watts standing on his porch, I looked at my husband and said “He did it. No doubt.” For months I listened to interviews, read the discovery, and watched all the specials.

Last year, the Gabby Petito case exploded after she went missing on a cross-country trip with her boyfriend. My group chats were filled with theories, screenshots, and links. I had Facebook friends that I barely speak to otherwise sending me new articles & info. I started to love chatting on Twitter and Reddit with perfect strangers about these cases. It’s my late-night guilty pleasure. Some people watch tv, some people read, and I somehow have found myself wrapped in the ever-growing online sleuthing community. It in fact was the online community that led a travel vlogger to check her own footage which then led to the discovery of Gabby’s body. Like millions around the country, we watched the case play out until they found Brian Laundrie’s body. The civil suits are still going on and I still check in on the case often.

For the last 8 weeks, I have been down the rabbit hole with the murders of four college students in Moscow, Idaho. Kaylee Goncalves (21), Maddie Mogen (21), Xana Kernodle (20), and Ethan Chapin (20) were all stabbed to death in the early morning hours of November 13th. On December 30, Bryan Kohberger (28) a Ph.D. student at WSU was arrested at his parents’ Pennsylvania home. Since news broke about the horrific crime, there are thousands of others like me. One Facebook group I belong to is on the brink of

200,000 people. When I log in to Reddit I can see thousands of other people are currently active in the groups. One of the TikToks that I shared speculating on the case has over 94,000 views  – mind you I only have 300 followers and am in no way in the same arena as some of these fellow sleuths. With his preliminary hearing this week, there is sure to be a flurry of online activity about senseless crime. Everyone, including myself, is waiting for any new detail that emerges.

Why do we find ourselves so invested in these criminal cases that have nothing to do with our day-to-day lives?

It is something I have discussed a lot recently, and everyone with that I have the conversation agrees on the same thing: The common bond. In all of the cases that I get attached to, I feel some sort of connection to the victim. Whether it’s a young mother smiling with her kids, to seeing myself back at LSU out with my girlfriends; I can see part of myself in them. Mix that with being a nosy empath and I am compelled to help, even if from behind a computer screen across the country. I think it is in our human nature to want to search for answers when we don’t understand something. Some of us may lean into that curiosity more than others, and if that is you too then I am your people!

The online sleuthing community does not come without its drawbacks, however. Known for outlandish theories, doxxing people that are not actually involved (publishing private information online), and flooding tip lines with things they see on Tik Tok; there is definitely a line that should not be crossed in these nationwide cases. Despite what some of these sleuths may think, the FBI & the police are always way ahead of us, as shown in the recent arrest made in Idaho. You really have to filter what you are taking in and reading, then believe only about 5% of that in many of these cases. 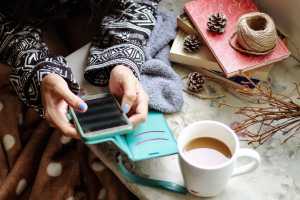 The current case that I am following in Moscow, Idaho is going to continue for quite some time. Until my dreams come true and I suddenly turn into Olivia Benson, you can find me online after my kids go to bed, always ready to discuss! I love when people tag me in articles, ask my opinions, or just want me to fill them in because I know all the details. Are you a true crime lover?! You are definitely not alone.