Summer of 2019 has been the most amazing, incredible and unbelievable dream. Even with all that said, it’s truly an understatement of what the experience was like at the Little League World Series in Williamsport, Pennsylvania.

The journey for our son Alton Shorts #2 aka Lil Al (pinch runner & outfielder) started with a phone call to my husband Reynell Shorts. Rey calls me at work, “Scott Frazier just called, he needs a 13th player for the Little League Eastbank All-Star Team.” For me it wasn’t a question I could answer. I simply asked, “What did Alton say?” Keep in mind that sports (baseball, flag football, & basketball) are pretty much all Alton’s world. However, this had to be his decision. And boy, we didn’t know what an opportunity this was! 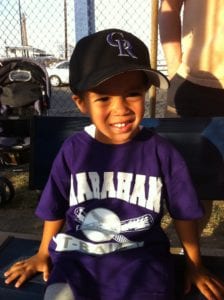 Alton has played baseball since he was 3 years old; he started playing t-ball with Harahan Playground. He continued with Harahan throughout his younger years and then began playing on the 7 and 8 year old All-Star teams. As he grew in the sport, so did the amount of playing.

Al had a few years where he not only played on 2 teams but 3. Yes, 3 teams! He continued to play with Harahan, then he made it on the Big Easy roster and Little League. There were days we would leave from one park just to head to the next. It sometimes turned into what felt like a merry-go-round of baseball games and/or practice. Life truly was baseball. 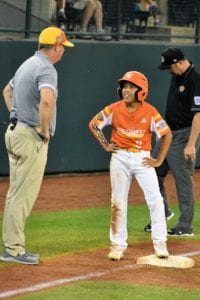 So, yes I had to leave the decision making to the 12 year old baseball fanatic. It was his choice if he wanted to be on the Little League Eastbank All-Star Team. His enthusiastic response of “yeah” as the beginning of what I quickly hash-tagged as the #summerofdreams for him.

Being part of the The Eastbank boys team was everything he had worked so hard for. All the years of practices and games led up to this moment. The Eastbank team traveled locally for District, Lafayette for State (1 week), Waco, TX for Regionals (a week & half), and to the BIG ONE, Williamsport PA for the World Series (2 weeks & 2 days … but who’s counting at this point).

The journey of each stage in this league gave Alton his first glimpse of freedom. His time away from home. From my point of view, this was much needed not just for him, but for me and my parental perspective. As a mom you want to be the one doing everything for your child. However, when a team is formed so is a family, a community even. 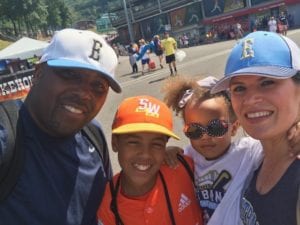 Our team had moms and dads alike help each other out. Even grandparents jumped into the mix. During State, Cheryl Pfeifer, grandmother of Al’s friend and teammate Conner Perrot #9 aka Lil Nugget, basically took care of him as if he were her own. Cheryl is also the teams “unofficial” personal photographer. She and so many other parents have been amazing.

In Waco, TX for Regionals, it was the parents who washed all uniforms and laundry for the boys and coaches. For most meals, it was the dads who cooked for our families. Collectively everyone had a helping hand in one aspect or another. 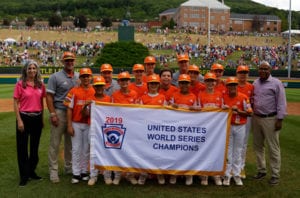 Once the team made it to Williamsport, PA, I couldn’t get to Alton fast enough. I couldn’t imagine how much I would miss him. Any anxiety I thought I had went right out of the park. The first thing I asked Al was, “What are your thoughts on being at the Little League World Series?” He replied, “Mom! Can we stay?” It really made me so happy to know he was having the time of his life and it was everything he hoped for. And boy did we get everything we all hoped in the end.

We left Williamsport as the 2019 Little League World Series Champions! 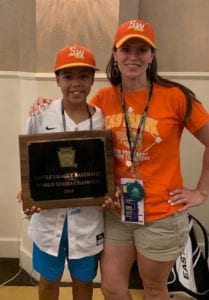 Jennifer Shorts is a Universal Banker at Xplore Federal Credit Union. A native to New Orleans and alumna of Cabrini High School, Jennifer began her career with XPlore in 2012. She is a wife and mother of two. She balances home, work and extra activities like a world champion.

5 Things That Surprised Me About Pregnancy

Avoiding Overindulgence in the Preschool Years