Friday, I pulled into carpool excited to hear how my kids’ second full day of school went. I see them smiling and running towards my car ready for the weekend. They hop in, buckle up, and I say my usual “Tell me about your day!” I ask them this every day and I love the answers I get. They both blurt out at the same time:

“Mom, we did an intruder drill today!”

My heart sank when they said it. They’ve done them before at school and talked to me about it. I braced myself for what was to come.

“I was being so quiet, the quietest!”

“Mom, you know you can’t come out even if the bad guy pretends to be the police.”

“The boys in my class are going to take off their belts to defend us all! Too bad we only have like 5 boys, the other class is lucky to have so many.”

“I’d throw books and hard stuff at him, Mom. I’d run him out that room so fast.”

“Mom, why would anyone want to shoot kids at a school anyways!”

I sat there quietly and digested what was happening. I’m listening to my children’s plan for what they’d do should someone come to school trying to SHOOT THEM.

No matter which way I say it, it makes my stomach churn. 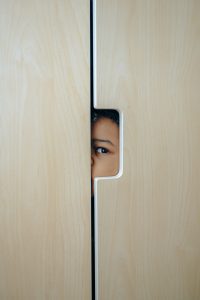 I replied the best way I know how, honestly. I said, “Was it scary?” And they both nodded in agreement. I continued “Well guys, I am so sorry that this is something you have to do in school. Unfortunately, there are some bad and crazy people in this world. And I love hearing about how you want to save your friends and teachers, but if this were to ever happen, you just need to hide in the best spot you can and be as quiet as you can until you 100% know it’s safe. You listen to your teachers. You don’t try to be the hero. You hide and you pray.”

I wanted to be soft in that moment as their mom, but the seriousness of having to explain to them that kids with belts are no match for a psycho carrying an AR-15 took over. I choked back tears as I said it, the thought of my babies being in a situation like that is a place I can’t mentally go to. I am beyond thankful that their school is one of the most secure I have ever been to; it gives me some solace. But at the end of the day, we all know that anything can happen.

We get out of the car and walk into the grocery store. I squeezed them both tightly as they walked on either side of me. My 7-year-old son looks at me and says “Mom, did you have to do intruder drills when you were a kid?”

“No buddy I sure didn’t, but you know what Mom had to do? Tornado drills!”

My daughter scoffed “Well, I think I would rather a tornado than a guy with a gun.”

My feeble attempt to sway the conversation failed and they kept chattering on in the background as I shopped. Growing up in Nebraska, it was always a weird day when you had the sirens go off and you’d climb under your desk preparing for if a tornado came through. Those drills stuck with me. And I am glad they prepared us for such an event, but how often are tornadoes ripping through schools in the middle of the day? My curiosity got the best of me so I spent some time Googling. In 2021, I could only find one instance in March at Jacksboro High School in Texas.

Do you know how many school shootings there were in 2021? Because until I searched I didn’t.

My kids are 9 times more likely to be shot at school than have a tornado come through mid-day in the United States.

We have become so desensitized to school shootings that once the media cycle moves on, so do we. But when we average an on-campus shooting every 4 days in this country, I guess it is hard to keep up with all of them.

The unfortunate truth is that intruder drills in 2022 are necessary.

And I am thankful that our schools, teachers, and staff take keeping our kids safe seriously. 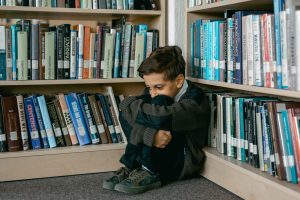 It is crazy to think this is something teachers even have to worry about on top of everything else. How quickly they can lock the door. If all their students will really stay silent. If they can defend the 25 smiling faces they look at every day if a crazy person gets on campus. I could go on and on about this, but I digress.

And I’m not going to get into the ever-messy debate of how to stop this, because I don’t have those answers. Married to a hunter, we own many guns. We teach our kids gun safety (which at this age is to never, ever handle a gun). We have ingrained the seriousness of guns into them. But that is what goes on in my house. Unfortunately, this isn’t happening in thousands of households across the country where there is access to guns. Those that don’t have access at home have the ability to easily obtain weapons both illegally and then legally once they are 18. Combined with the ever-growing mental health crisis and heightened political climate we are seeing in this country and it’s a sure-fire recipe for disaster.

I have no explanation to my kids why they have to do this now and we didn’t have to in the 80s, 90s, 2000s, or anytime before. I asked a friend of mine that’s a local principal and she said they started in 2012. So for a whole decade now, we have trained our kids on how to hide from intruders, then picked right back up on Social Studies like it was just another subject. Learn how to hide so you don’t get shot, now show me where Rhode Island is. It really is a wild thought that this is what is widely accepted as normal now.

As the drills regularly happen, I expect I’ll be having more conversations with my kids in the future. I pray they never have to use what they learn during them. I hope one day their children don’t have to know what kind of evil exists in this world at their age. Until then I will hold them as tightly as I can.

We’re All Burnt Out Like an Old String of Lights