The city is amped up with hopes of the black and gold going to Atlanta on everyone’s mind. And if you have been here either all of your life or long enough to call NOLA home, you know New Orleans runs on traditions, juju, and how your parents’ parents’ parents did things.

And nothing makes the juju come alive more than with the Saints marching toward a win in Atlanta. 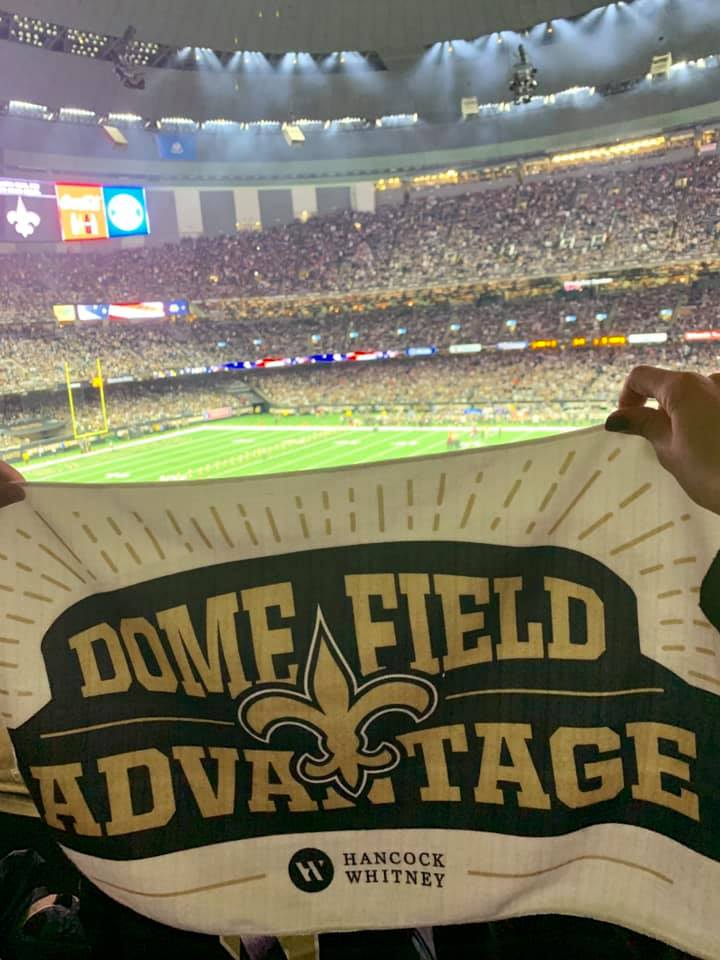 I really really want to go to the game this Sunday, like almost every other soul in this city who bleeds black and gold. It is after all my birthday weekend, and what better way to spend it than in the Dome?! Purchasing tickets is not in the budget, so I have been diligently entering every online raffle there is and keeping all my fingers and toes crossed. Wilder things have happened and it certainly does not hurt to try! I told my husband I have been entering alllll the Saints tickets giveaways. His response: “You know if we won, we would have to sell those tickets. We cannot go. That is not what we did in 2009.”

Say what?!? My husband is a transplant. We met in Texas when I ended up there after Katrina and we started our life there until I became pregnant with our little New Dat in 2009. It was then that I decided it was imperative that we come home. He grew to love both NOLA and the Saints, through rigorous grooming by both my dad and brother, who are rabid Saints fans. And for the last 10 years, we have spent the majority of the Saints games doing the same thing: attending my parents’ Saints watch parties in their backyard. This is where we watched the playoff games and the big game back in 2009, albeit some pre- and post- partying in the French Quarter. And my husband is insisting, along with my whole family, that we all do the same thing for this weekend’s game too. 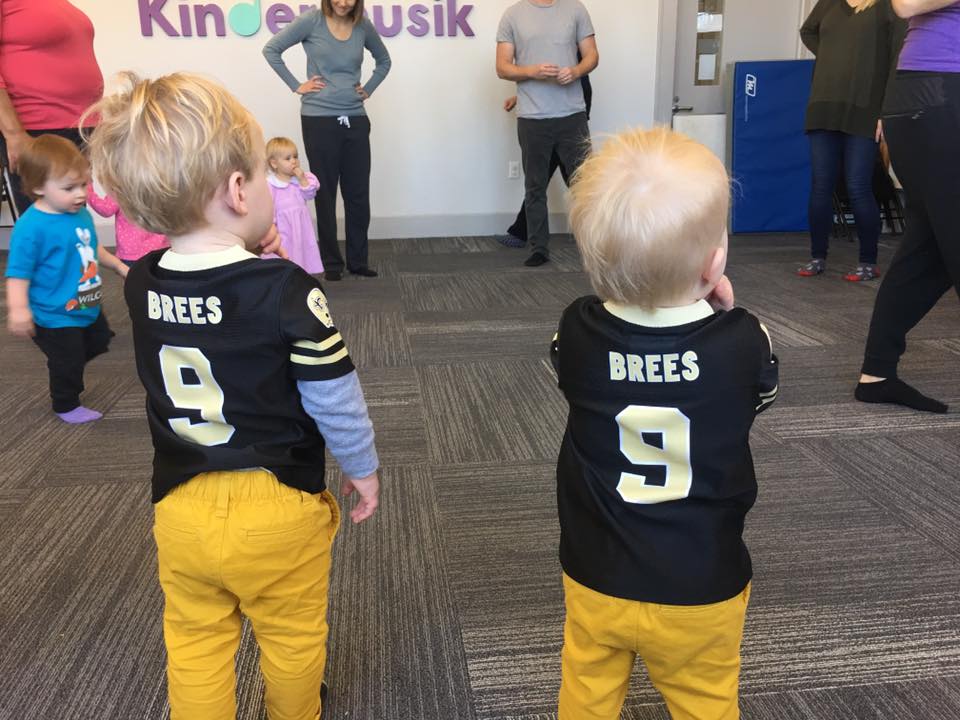 The Saints superstitions run deep in my family. My dad and brother have to be sitting in the same spots they were in 2009. My brother’s sweet girlfriend gave him a new white Saints jersey for Christmas, which he showed up in on Sunday … with his black jersey, worn in 2009, in his hand … just in case. In the second quarter, he put his black one on over his white one, to bring back the good juju of course. He had accidentally purchased the wrong kind of beer for the game and was sure this accident would be the very downfall of the Saints. My dad is also superstitious about his clothing choices and had to make an emergency hat change after that terrible first quarter this past Sunday. A black and gold king cake was necessary, although this past Sunday’s was round and not fleur de lis shape, a la 2009, so maybe that explains the first quarter …

The city, as a whole, puts a lot of faith in our boys, and with that comes all the rituals, specific locations, and clothing choices we believe helps to put them above all other football teams.

This die-hard Saints fan has made sure that Drew Brees has his blessed rosary beads, a tradition from 2009. The Saints are family to the city of New Orleans, and we want to feel we are a part of the magic that is taking us all the way to Atlanta. New Orleans was brought back to life back in 2009 with our first win in Miami, and if us sitting in the same spots in my parents’ backyard helps us get there again, then so be it.

…Unless I win tickets. Then all bets are off.

Letting Go of the Family Pet