When I was pregnant with my now eight year old boys, I did a lot of daydreaming. I thought about the conversations we would have as they got older, and about watching them learn and grow.

They said all of the usual first words – you know, “Mama, Dada,” and the like (although don’t get me STARTED on the time my husband tried to say they were confused that maybe “Mama” meant him. Sorry dude, you can’t steal my thunder on this one!). Their grandparents have very simple nicknames – my parents are LaLa and Rigo, and my husband’s parents are MeMe and Nick-Nick. Super easy, and they said them fairly early thanks to visits and lots of FaceTime calls.

Uncle Play has entered the chat.

My husband has a brother named Clay, and once when we were visiting, they called for “Uncle Play” to get them something. I thought it was the most precious thing I’d ever heard, and I refused to correct them. They called him that for a VERY long time, until one day I asked them if they were excited to see Uncle Play this weekend. “Mom, it’s uncle Clay.” A little piece of my heart broke that day…I tried to keep it going but it was no use. They had outgrown that little error and this a little bit more of their babyhood was gone. For a brief period, they called my husband’s friend James “Mr. Game.” I didn’t “fix” that one either!

Around that same time, neighbors were starting to decorate for Halloween. A few doors down, there was a giant skeleton/grim reaper figure near the door. If you touch him, he shook a little bit, and it really scared the boys. We taught them to point at him and tell him they weren’t afraid of him. “I’M NOT A FAVOR OF YOU, MONSTER!” I let that one go for a few days before I emphasized the word “afraid” and corrected them. I just wanted to hold on to that baby speech for a little while longer. Same deal with “scunscream” for sunscreen! 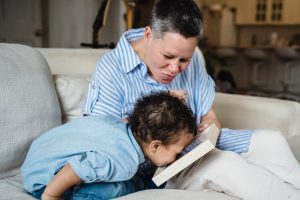 I made it a point to speak to them properly and not use baby talk, but their little minds just created some fun words in their heads! It’s fun to think about their thought processes, and how they arrived at the word they used.

For instance, we always emphasize drinking water, and that it’s important to hydrate. For the longest time, one of my boys would ask for water, because he “needed to hydrink.” To him, drink + hydrate = hydrink made perfect sense and I couldn’t help but admire his logic!

It got me thinking of a few relatives and their kids’ speech-related idiosyncrasies – for instance, my cousin’s daughter used to call one of her older brothers “Badiss,” and we still don’t know why! It’s not related to his first name (it’s Christian, and she rotated between Badiss and Pristian for a while there), and she wasn’t trying to say “brothers”…so they just let it go, because it was precious.

Sometimes, they mispronounce words or fumble letters, but other times they make up a whole new name for something, which is even funnier.

That same son of my cousin was riding in his mom’s car years ago and spotted a water tower. He asked what it was, and when my cousin explained it, he said it looked like an onion (at the time, he LOVED Funyuns).

Thus, the “Water Funyun” was born.

I cracked up when my cousin told me that story, and I laughed about it while writing this post.  Since they’ve all gotten older they don’t do it very often anymore, though a funny one happened a couple of months ago.

I had started packing hot lunches in a thermos for my boys not long ago, and we were discussing the next day’s menu at school. “Mom, can you put spaghetti in my furnace tomorrow?” I asked him to repeat himself because I was a bit confused. It took me a second to realize what he was talking about, at which point I chuckled and gently corrected him. We laughed about it, but I couldn’t help but think it was so cute.

When it comes to harmless little things like Uncle Play and Badiss, I think it’s just fine to let them say it for a while.

I’m not talking about ignoring speech impediments here – I am ALL FOR early intervention on that front, as statistics show how beneficial it is, and how much better the outcomes can be.

So no, I won’t be correcting every cute little mispronunciation or jumbled group of letters – I’m going to hang on to those little “baby” things as long as I can! 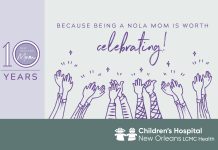 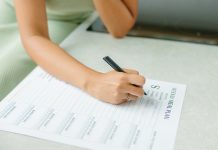