During grad school, I worked for a short time as a receptionist at a local veterinary clinic. After hurricane Gustave hit, a number of strays were brought into the clinic, including one strikingly beautiful blue merle Catahoula. Usually, the clinic turned strays over to the local animal shelter if they did not have a microchip, but for some reason, the clinic allowed one of the vet techs to foster this dog, and the tech named her Ellie. Ellie regularly came to the clinic and hung out in the kennels while the vet tech worked. She always had a big doggy smile on her face and just about wagged her whip-like tail right off when she got attention. She was sweet and butter-soft, and I wanted to be her fur-ever owner, so as we packed up to move to my husband’s first post-college job in Alabama, I decided to take her with us. 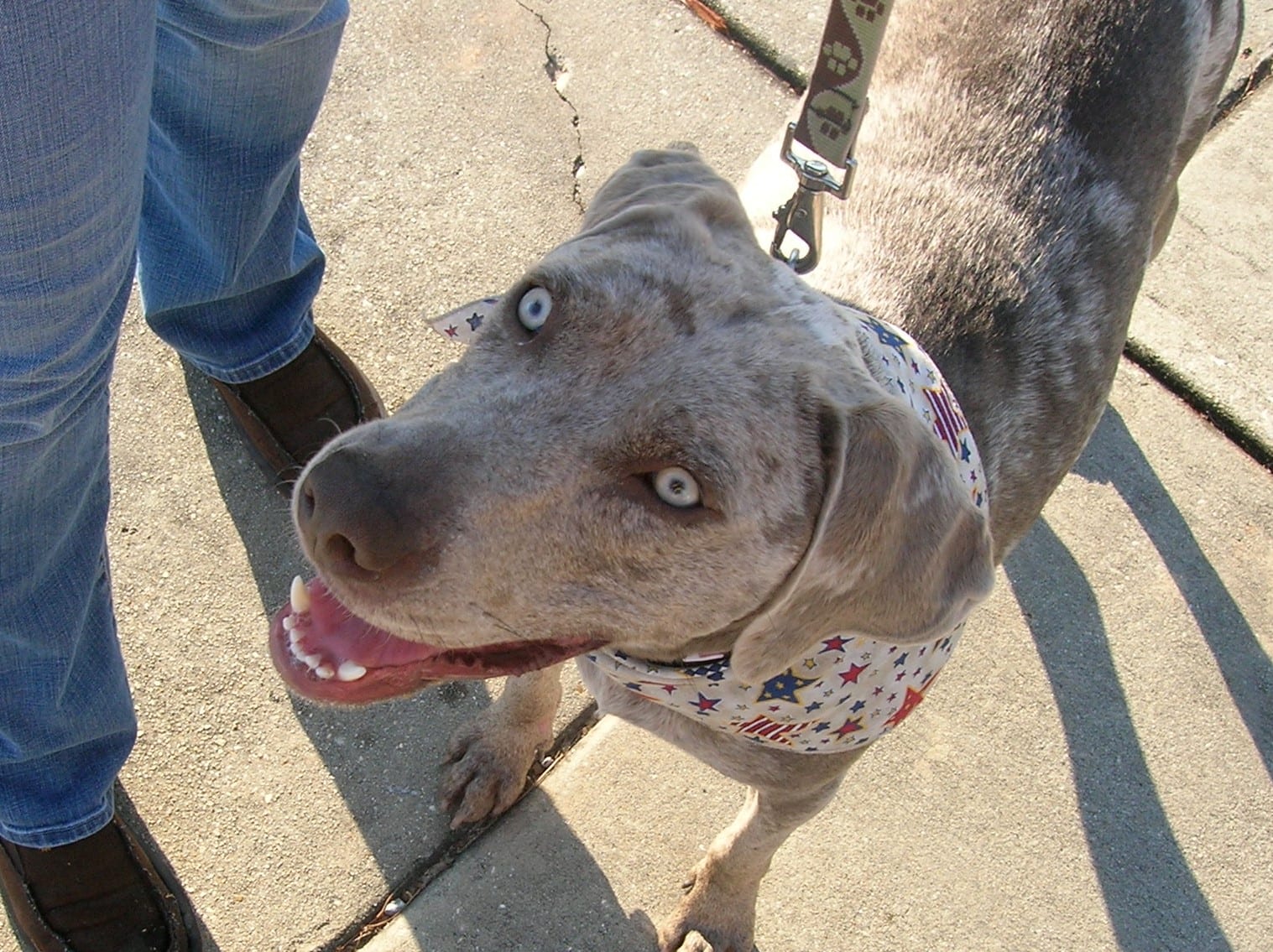 On the day that I was scheduled to take her home, one of the Veterinarians came up to me and warned me to not adopt Ellie because she had severe separation anxiety.

I’d be lying if I said there hadn’t been at least a few times over the years when I wondered if I should have listened to her, but I didn’t.

We took Ellie to Alabama with us and quickly learned just how serious her separation anxiety was. We could have given her up, but I’m a firm believer that animals are responsibilities that should not be taken lightly, so instead, we did everything we could to help her. We read every book, we hired professional dog trainers, we tried every calming treatment available at the pet stores, we even tried doggy Prozac, but nothing worked. She destroyed countless crates, and escaped all of them, including squeezing through the side of a plastic crate that had the airline bolts screwed in for extra security. I became more worried about coming home to a dead or severely injured dog than coming home to destruction.

Other people would have said enough is enough, and maybe I was stupid for allowing my love for the dog to outweigh the money she was costing us and the damage she was causing to our home, but aside from her extremely destructive behavior when we left her at home, Ellie was a wonderful dog. She was super smart and eager to learn new tricks. She loved to run around at the dog park and would play in the water for hours at the beach. She had tons of energy but was also more than happy to just snuggle. 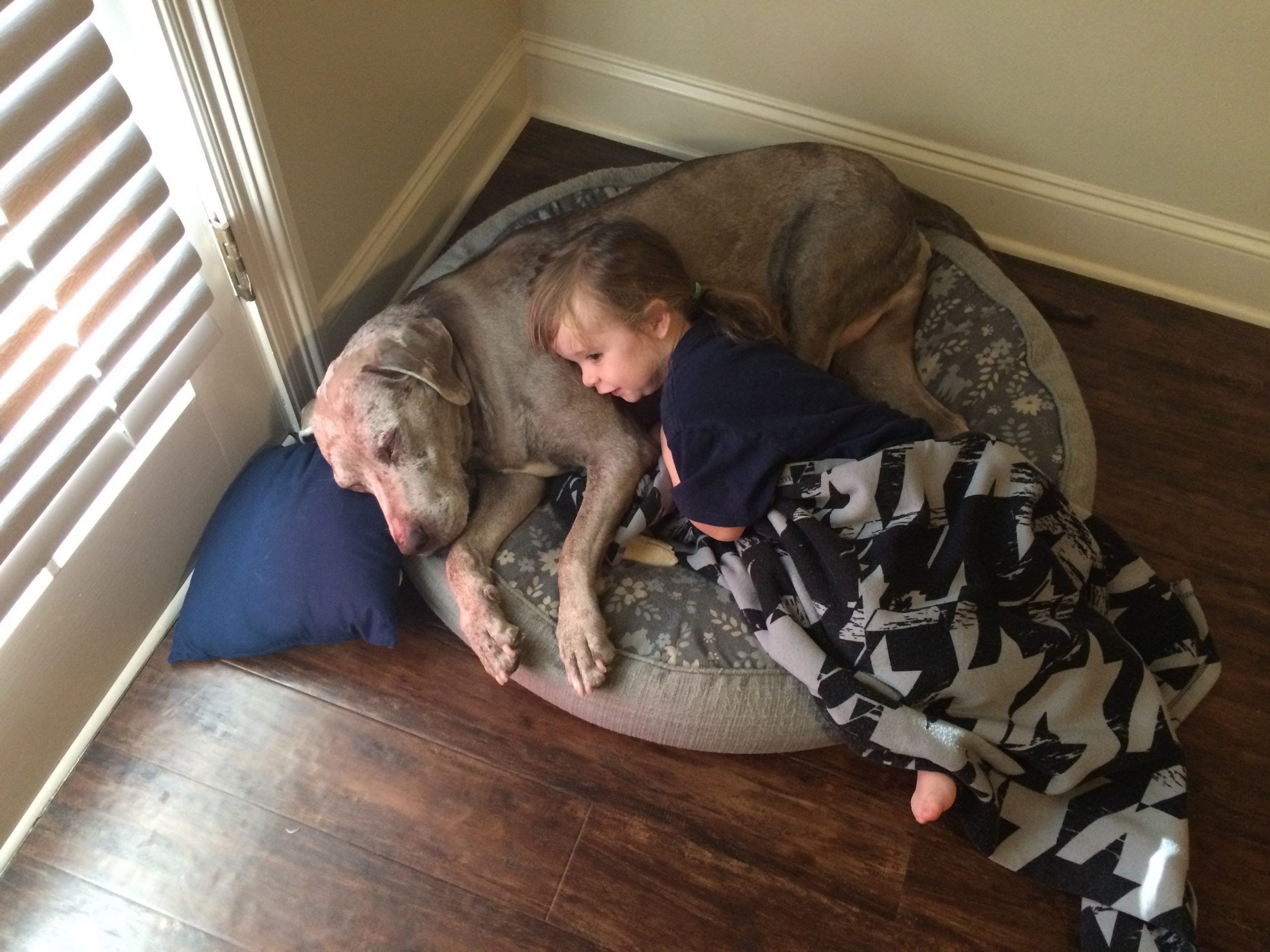 She was my fur-baby, and I just wanted her to understand that she could always count on me. So we kept trying, and she kept escaping crates and scratching gouges into doors.

The day I took my first daughter to her 1-week check-up, I came home to the worst destruction Ellie had ever caused. She had escaped her crate, torn the blinds off the windows, left deep scratches in the door, and torn up the carpet at the threshold.  I was absolutely certain that my husband was going to say she had to go, but he didn’t. Maybe it was because he knew my post-partum emotions were already teetering on the brink, but instead of getting rid of the dog, he let me buy an $800 “Houdini Proof” aluminum crate. And it worked! Putting her in the crate was quite literally like putting her in a safe with air holes every day, but for the first time in the 3 and half years since we had adopted her, she couldn’t escape her crate. We were never able to fully rid Ellie of her separation anxiety or even to make her feel that her crate was her “safe place,” as all the books suggested, but with this crate, we were able to leave our house confident that she was secure in her crate and could neither injure herself nor destroy our house.

More importantly, because we kept her, my daughters got to grow up with her and developed a beautiful bond with her. From the very beginning, Ellie was curious, patient, and gentle. Though my husband and I worked hard to teach both our daughters how to respect animals and always hovered around any interactions Ellie had with them when they were babies, Ellie never reacted when they’d try to climb on her or smother her with kisses; she was always patient when they tried to play dress up or tea party with her; she never begrudged them their space when they climbed into her dog bed with her. 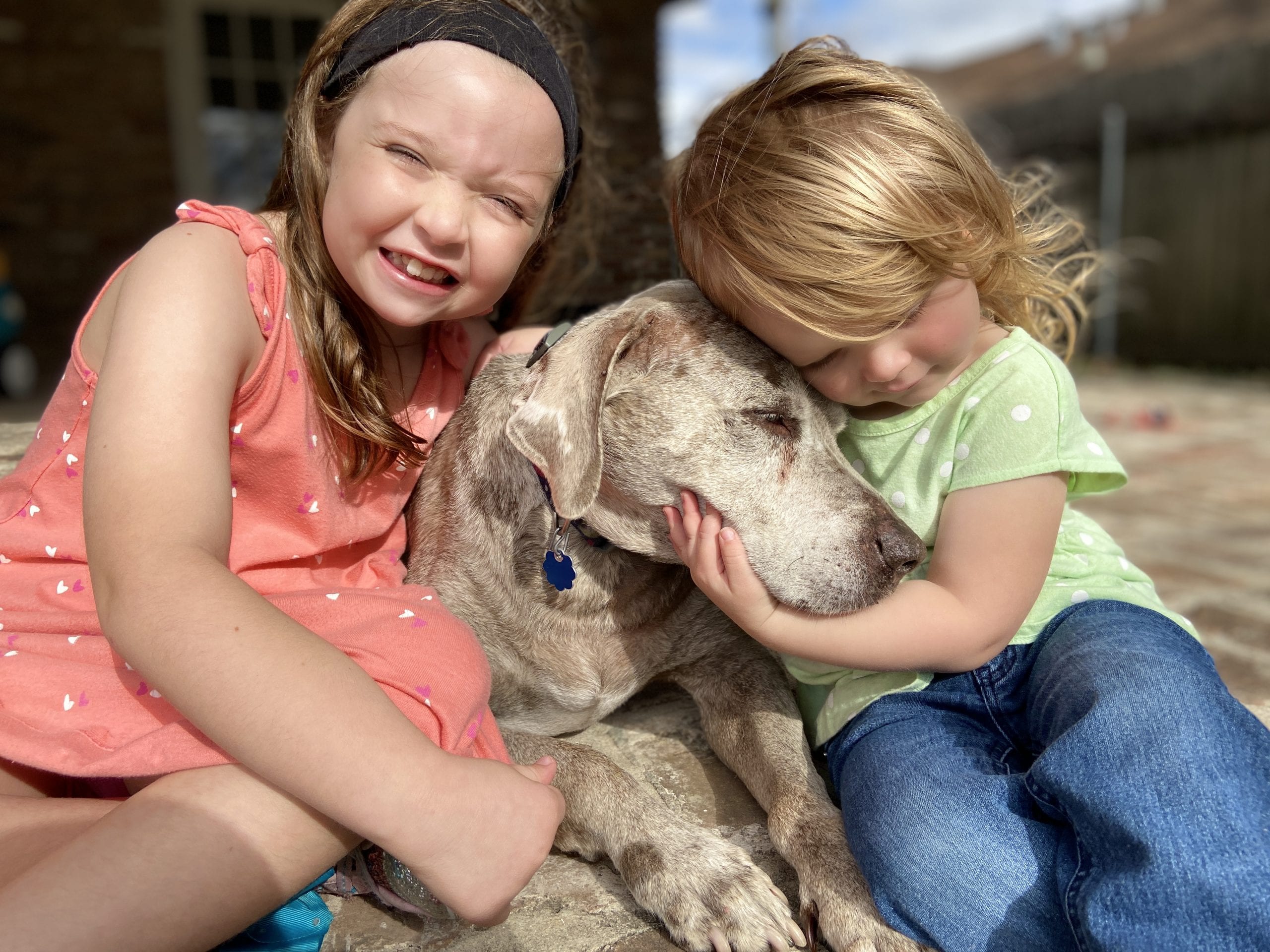 She always simply seemed content to be with her humans.

In June, Ellie’s health declined rapidly, and at the beginning of July we sent her over the rainbow bridge. She was twelve and a half years old, and I had been bracing myself for some time for the inevitable, but the grief has surprised me. I cry often thinking about her. I catch myself wondering which room of the house she’s sleeping in or looking out the back door to see if she wants inside. I miss petting her soft head and silky ears. More than once, I’ve almost asked my oldest if she had fed the dog yet (her chore), and I’ve only been able to get rid of her things a little at a time.

In the eleven years we had her, we probably spent tens of thousands of dollars on vet bills, surgeries (2 ACL surgeries and 2 tumor removals), crates, trainers, damage repair, and more crates, but she was worth every penny. And though that expensive crate was a worthwhile investment, I am very thankful that, as a result of the pandemic, we did not have to use it in her final months. Instead, her last months were filled with squirrel watching, sunbathing, daytime snuggles, and the comfort of just being with her humans.

Rest in peace my sweet girl. You are greatly missed. 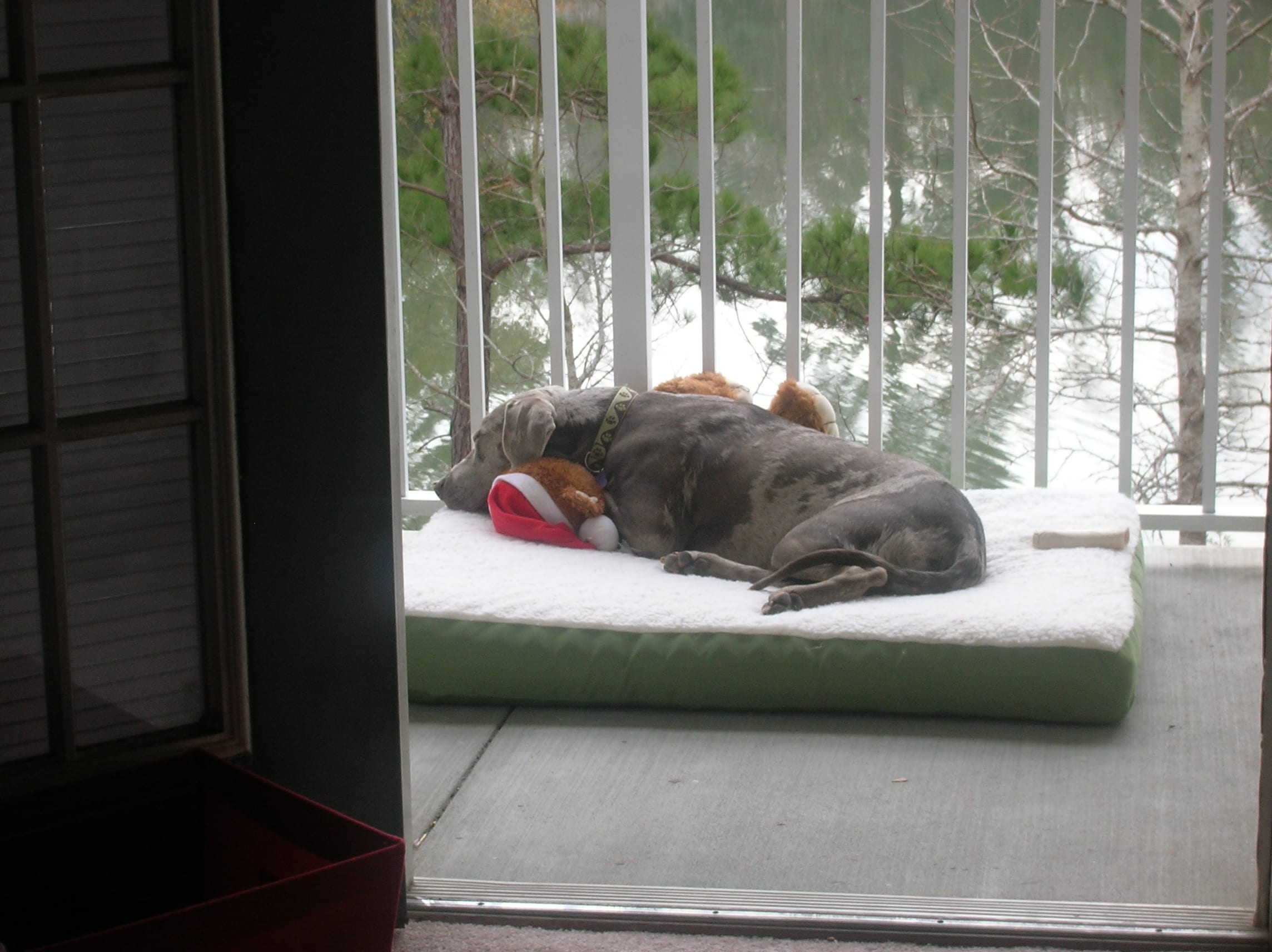 A very special thank you to Dr. Haydel with Metairie Small Animal Hospital for the great care you gave Ellie over the past six years.

What Comes Out in the Wash