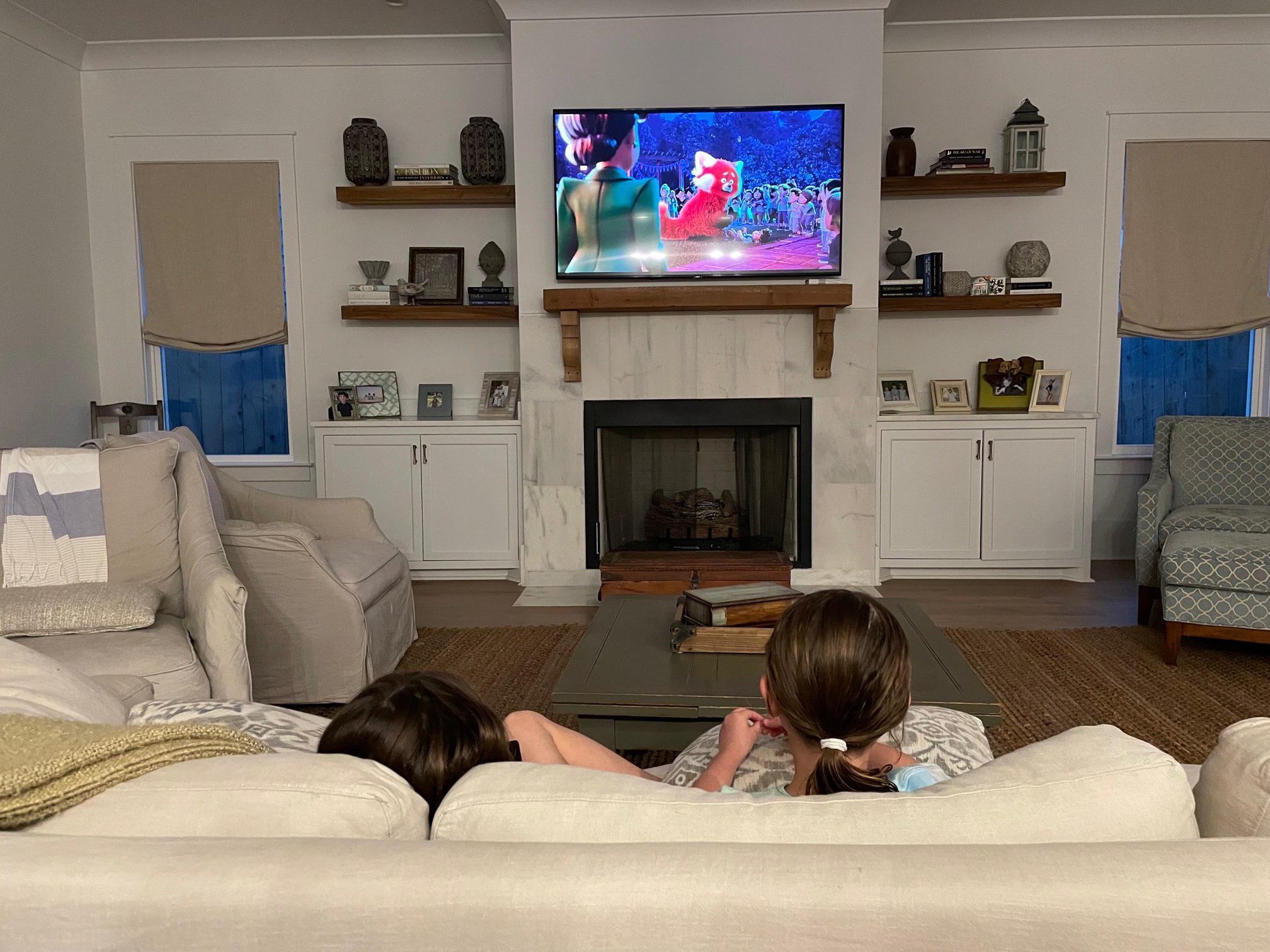 It’s Saturday morning and my seven-year-old wants to watch Turning Red with me (it’s her second time and she loves it). I pre-watched Disney Pixar’s newest hit (controversy) Turning Red before viewing it with her in case I needed to be prepared. Coincidentally, I am almost finished watching Netflix’s Inventing Anna, the high-drama portrayal of real-life Anna Delvey (Sorokin). There is a scene where fitness trainer Kacy (played by the fabulous Laverne Cox) tells her friend Rachel (Katie Lowes) who has just been bamboozled by Anna to STAND IN HER POWER. She repeats the motto to herself and decides to face her fears and Anna. In my mind, it immediately made a connection to Turning Red and what preteen Meilin experiences as she transitions into puberty.

Stand in Your Power

What does this even mean? Harness your thoughts and emotions, know yourself, do what’s right. These are the simple takeaways I garnered from both hot-right-now shows: Inventing Anna (not for kids) and Turning Red (yes, it’s for kids, IMO) … and I’ll tell you why (keep reading).

The Lessons I Want to Make Sure My Daughters Learn 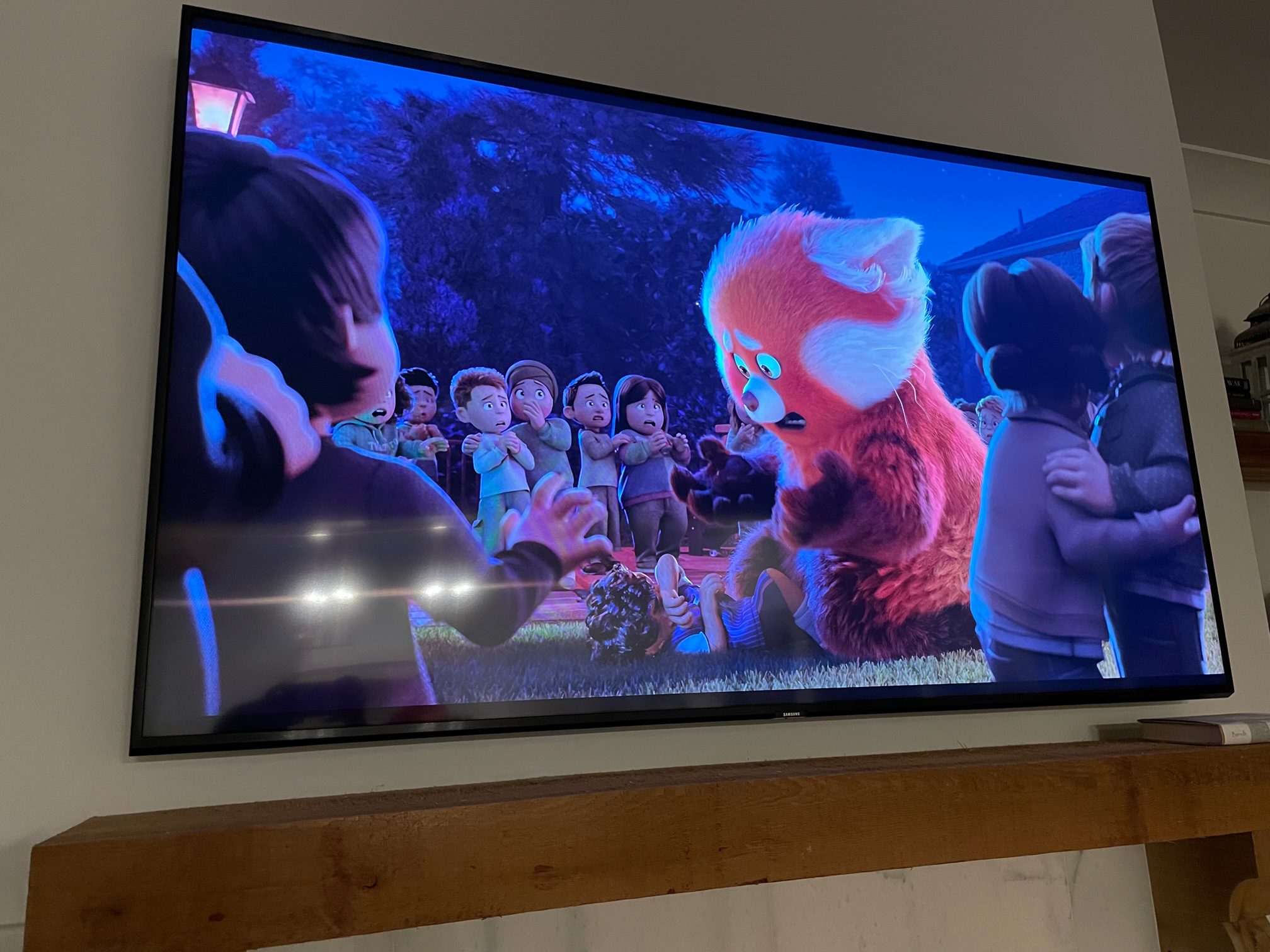 If your children are young and have no clue about menstruation, they will likely overlook the whole starting your period thing that’s alluded to in this movie. If they’re old enough to ask questions, it might be time to have the talk. Menstruation isn’t evil or dirty or faux pas. It’s a biological thing that happens to women, and it’s ok that Mommy has this monthly thing. And one day my daughters will too. I err on the side of age-appropriate honesty (how are babies made, where do they come from, etc.) Not all the info all at once, but real answers to real questions. I asked my seven-year-old why Meilin got embarrassed when her mom came to school.

Daughter: “She brought her some things to help make the panda go away. They are little flat things.”

Daughter: “I don’t know…” (does not care and moves on with life)

Ok. She’s not ready to chat about it yet. Cool. But I’m glad I can reference this scene later when I need to.

Adults aren’t always right. I’m embarrassed to even publish this, but I said something less than nice to my step-son a few weeks ago. And then I felt awful about it. So I pulled him aside and told him that I was sorry and that it wasn’t nice and even grown-ups make mistakes. He was fine in the end, but I think it’s really important to share with kids that adults screw up too. And apologizing is mature and honest and ok to do. Meilin’s parents are super hard on her, but they come around in the end and realize what is pulling at her heart. I don’t condone being disrespectful or lying. In fact, Meilin feels terrible after she misbehaves, and she also feels loyal to her parents even though she disagrees with them. In life, there are many experiences where you are pulled in two different ways. I hope my daughters learn what it is to go deep within yourself to find your answers. Sometimes, that is the only way.

Choosing the Panda: My Panda, My Choice

Meilin’s mother explains that her ancestor received the red panda from the gods. “They gave her the ability to harness her emotions and transform into a powerful, mystical beast” so she could protect her family. The red panda is a symbol of inner strength and of knowing. I love this message because it’s shown as an “inconvenience” at first, but then Meilin learns to harness her emotions and use them for good. She learns a part of herself, appreciates it, and then makes a choice for herself. I only see good in that.

I read some other articles about how “my panda, my choice” was a sexual reference, and I think that’s just absurd. Meilin’s closing line is “We’ve all got an inner beast and a messy part of ourselves hidden away. Most of us never let it out, but I did. How about you?” I wonder if this hit you straight to your core like it did mine??? Just like Kacy says to her friend in Inventing Anna: Stand in your power. If you truly know yourself, you can identify all your plusses and minuses and be ok with who you are. You can see your bad days for what they are and work on your less favorable qualities. You can also relish in your best attributes, and be your best self.

My kids won’t be allowed to watch shows like Anna for a very long time, but they are welcome to watch Turning Red anytime. Choosing your own path is a powerful thing. Stand in that.