Here I am, being a responsible human being, going to see my primary care doctor for an annual check up. What do I get for my good deed, but the news that “now colonoscopies are recommended for everyone starting at 45.”

But then I remember the valuable life lesson I learned from one of the books I read my children when they were younger, and that is that “Everybody Poops.” There is nothing to be embarrassed about! Nothing to be ashamed of! This is a normal bodily function and don’t I want to make sure I don’t have colon cancer? Of course!

And then I get home and my husband makes fart noises and dissolves into giggles whenever I walk by.

This will be fine.

The week of my colonoscopy approaches. I’m lucky that my doctor uses over-the-counter drugs instead of the disgusting drink that everyone else has had to use. Everyone says that’s the worst part. I’m so glad I can just drink glasses of tasteless Miralax in apple juice. Granted, it’s ten glasses of tasteless Miralax in apple juice (and Gatorade, to switch things up a bit) so it’s still a lot to take in.

A few days before all this beverage ingestion, though, I am to start a low-fiber diet. Seems kind of counterintuitive, doesn’t it? Don’t you want to be eating things that will keep things, ahem, moving along? Well, I didn’t go to med school so I will happily eat white bread for a few days. It’s on my doctor’s orders, after all.

Everything is okay, and then the clock strikes 4 pm, two days before my procedure. That’s it. No more solid food. Liquids only for the next 40 hours.

It’s okay, I can do this. I’ve stocked up on all sorts of broths (chicken broth, bone broth, ginger soy broth, pho broth) as well as jello (lemon only, since no red or blue is allowed, and it makes my head hurt to try to figure out if orange is too red, or if green is too blue, so let’s just stick with lemon yellow) and freezy pops (let the kids have all the colors I can’t have, save the pale yellow ones for me. They’re my favorites anyway.) My kids look on jealously as I fill the fridge with arctic frost Gatorade.

Eighteen hours have passed, and I still have a full day of liquid diet ahead of me and I’m starving and this is cruel and unusual and what I wouldn’t give to just chew on something. I was allowed coffee, but no milk in it. Awful. The day goes on and I get hangry and I don’t care what anyone tells you, broth is not food, but at least it’s savory, and for once in my life I get tired of sweet things.

Evening comes and it’s time to start the real fun. Thank god my kids are at a friend’s house for a sleepover. Especially since I share a bathroom with them. They do not need to be near any of this.

So I start drinking the Miralax cocktail. Everyone warns me to stay close to a toilet.

Nothing happens. Hours pass. No excitement. What is happening?

I have to wake up at 1 am to drink another half gallon of Gatorade and Miralax. That’s a week’s worth of Miralax in two hours.

Several hours later, we are heading to the hospital. I am nervous about things starting so late, so close to the procedure. Oh well, not much I can do about it now.

I forget my phone in the car, so we sit in the waiting area and I have nothing to do but stare at the wall and listen to the horror movie that the person a few chairs away has decided to watch on their phone at 9:30 am with no headphones.

Finally, I’m called back into a room with a bunch of curtained off beds. I change into a gown and am greeted by the kindest, loveliest nurse who takes my vitals and asks a million questions. The anesthesiologist comes by, another gentle and kind woman. My doctor comes to check in one last time, and then I am being wheeled down to the procedure room.

I’m told what will happen, then they inject the lovely sedative into my IV and my face feels tingly and then I’m off to snoozeland.

I have a most delightful and restful nap and as I’m coming to, I can hear the doctor saying, “we’re going to have to do this again.”

I really hope I am mishearing things, but alas, a little while later, the doctor comes to visit me and lets me know that my prep wasn’t quite good enough, and we’re going to have to repeat it.

Well. At least everyone is nice, and this time I know what to expect.

Except this time I can’t eat fiber (or nuts or vegetables or fruit, really) for a whole week, and I have to take the equivalent of two months of miralax in two days and I buy white grape juice for a change. This time I’m on a liquid diet for two full days before, but at least I can have milk on the first day, so I get my husband to pick me up a gigantic banana smoothie and it’s the most delicious thing I have eaten in my entire life.

And at least I know what to expect.

I probably scar my children over the course of the next couple of days, but they’re young. They’re resilient.

I go back to the hospital and I have a different nurse putting in my IV and asking a million questions, but the nurse from last time remembers me (!) but it had only been about three weeks, after all. But that made me feel really nice. (Shout out to the ATC nurses at Touro!)  And I get the nice sleepy juice in my IV again and upon waking this time, my doctor says my prep was fantastic, and while she doesn’t say my colon was as clean and shiny as a new car, I know that’s what she meant. They give you pictures, too. So I can show off my sparklingly tidy colon to anyone who wants to see it.

I guess it’s all for the best. She found a couple of polyps and removed them, and yay for me, now I get to go back in five years instead of ten!

But at least I know what to expect, and I’ll be getting the extra large smoothie next time.

Now, my experience was somewhat out of the ordinary. It’s likely you’ll have to drink the disgusting beverage (called GoLYTELY) and it will clean you out better than extra strength Drano. I hope this is the case for you. I hope you don’t have to go twice. But if you do, at least you know you’re not alone. 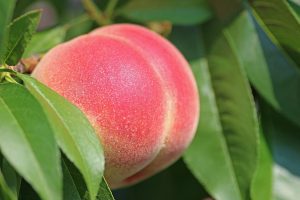 Are triplets easier than one?

Jazz Fest? No Thank You!