Before I had my son, I was adamant that he wouldn’t sleep in our bed. People would doubt me, laugh, and say “you’ll see, just wait until the baby gets here.”

I was inexperienced with babies and clueless about their sleep needs, but a baby in our bed felt risky and undesirable. As I planned and researched in preparation for my son, I realized that co-sleeping and sleep issues are a HOT topic in the mom world. I’ve learned that your sleep choice is a very personal decision. Even after hearing the opinions of co-sleeping advocates, I knew I didn’t want to do it.

So in preparation for the baby, we set up his crib and a bassinet for the newborn days. From the night our son was born, he was not a good sleeper. He would wake up at every movement and preferred to be in our arms. But I figured no baby sleeps well, right? As I had previously committed to, he slept in his bassinet, and even on the toughest nights, he didn’t sleep in the bed with us. 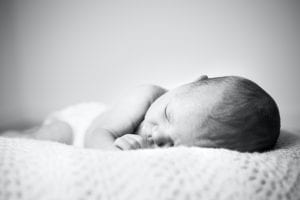 I have never valued sleep much.

I don’t nap even when I have the time to, and six hours of sleep is enough for me to feel well-rested. Well, new mom life was the ultimate test of my energized ways. The nights were LONG and Mama was EXHAUSTED.

I started to dread bedtime. There was a lot of shushing, a lot of rocking, and endless ninja-like attempts to quietly lay him down and dash out of the room before he wailed. It felt like a never-ending cycle. Naptime was even worse! I would spend hours holding him for every single nap.

That was until another mom with a new baby mentioned that she was about to start “sleep training” with her baby. I had never heard the term before and quickly researched it. Wow. I was overwhelmed by all of the information, but also very intrigued by the results.

The biggest takeaways from my research were that 1) “awake times” are a thing and that basically my child was overtired every day, and 2) he had no clue how to put himself to sleep. Once I learned that there were ways to help my son sleep better, besides just closing the door and letting him cry indefinitely (something I was not okay with), I was on a mission.

First, I consulted with our pediatrician who gave us the go that he was old enough. Next, I polled other moms, purchased a plan (worth every dollar), downloaded the pdfs, watched the videos, picked a long weekend to give it a go, and we were set!

My Method and Tips 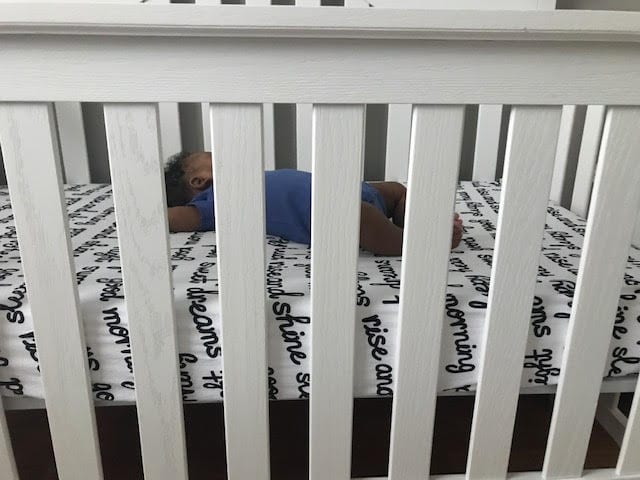 Was it Worth it?

It worked like a charm and was one of the best decisions I made for our family. I even feel like my son thanks me in his own way. Looking back, he was so overtired and restless. My once terrible sleeper now goes down easily, puts himself right back to sleep if he wakes up in the middle of the night, and wakes up SO happy. So if you are like me and are at your wits end with sleep struggles, or are afraid to give sleep training a try, I’m here to share that it worked for me… and saved my sanity.

We started sleep training at a little over 4 months and he was still waking up to eat. At 6 months, sleep regressions and teething hit us hard and he was back to his newborn sleep habits. After we got through the worst of teething we did sleep training again. Today, at 14 months, he is on a two nap schedule at home and sleeps for 11 hours each night. He is in bed by 7:30 pm daily, leaving time for Mama to have a much-needed break every day.

Disclaimer: I know sleep training isn’t for everyone. This is what worked for us and I hope all Moms are doing what works best for their family.

My Life Via Netflix

Brunching with a Toddler: Lessons Learned