So, I feel like this goes without saying, but just in case … SPOILER ALERT!

Our family just saw Sing 2 in the theaters this past week, and it was so good! Not only was the movie a star-studded cast, but being back in a theater seat with friends was an awesome nod to “the before times.” On our way home, I was telling my husband how much I enjoyed it, but there was something that just wasn’t sitting well with me. I loved the singing, the underdog gusto, and the awesome arrangements of songs by a host of celebrities … I struggled, though, with the “Bad Guy.”

Maybe I need to just eat my popcorn and clap for a good performance … gah! That’s just not me! So, Mr. Crystal. We don’t know his backstory, but from what we pull in from context clues, he has worked really hard and is a very hardball boss that has created a successful entertainment empire in a “Vegas” type city. He makes an agreement with someone who promises him an “A” list celebrity and offers them the opportunity of a lifetime. The thing is … the promise is a lie. The ruse to get the entire momentum behind their cause is just that … a ruse. I’d be pretty upset if someone lied to me in order to get an opportunity!

Should he have committed attempted murder? No.

Do I kind of think the koala had it coming to him? Yes.

Another questionable character development … Mr. Crystal’s daughter, Porsche. Her dad gives her everything! She doesn’t once question her acceptance in life or her acceptance into the show. Mr. Crystal even makes sure to tell her good night before going to bed. This isn’t a total True North to a good dad, but I’m just saying. My point is that he is not pegged as an oblivious and inattentive father. My rub is that in the end, she leaves town and disowns her dad, his company, and the town she was raised in without just cause.

I know. It’s a cartoon. An evil guy like Hans from Frozen had it coming; he was a turd! We all wanted the worst for that guy. However, give me a hardworking, albeit intense, business owner father who was bamboozled, and I’m not as inclined to root for his demise.

Don’t get me wrong. I’m not hating. I will forever love Reese Witherspoon and will haunt my family if she doesn’t play me in my eventual on-screen documentary. So, don’t totally write me off.

Hear me out. Hey Illumination!, I have a few plot suggestions if Sing 2.5 happens …

Porsche, in a moment of amazing maturity, realizes that her being fired was for the greater good, and for the first time in her life, she apologizes for an entitled response to a totally rational decision and requests a more suitable role. Next, when Mr. Crystal busts into his illegally commandeered theater and sees his daughter performing, he is overwhelmed with pride and gushes at her talent. Porsche emphatically tries to explain, but her dad already gets it and is so proud of her for making such an emotional shift. Mr. Moon catches Mr. Crystal backstage after his daughter’s performance and explains that their small town talent could have never dreamed of the possibility of his big town stage. Moon grovels for going about it the way they did. Mr. Crystal reflects back to his small-town beginnings and then joins the crazy old lady sheep as a financier for Moon Theatre back in “No Namesville.” 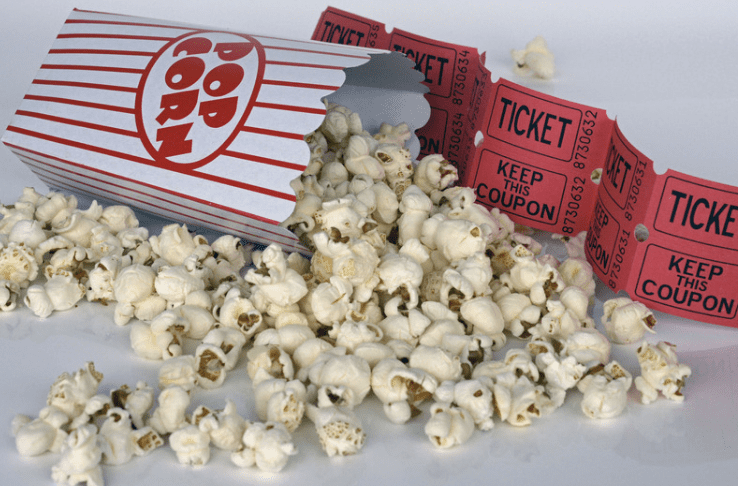 Approaching 40…Why Is This So Hard?