If you want to see the talented LSU Gymnastics team in person, we strongly suggest attending an LSU gymnastics meet.

Sex Sells and Everyone is Doing it 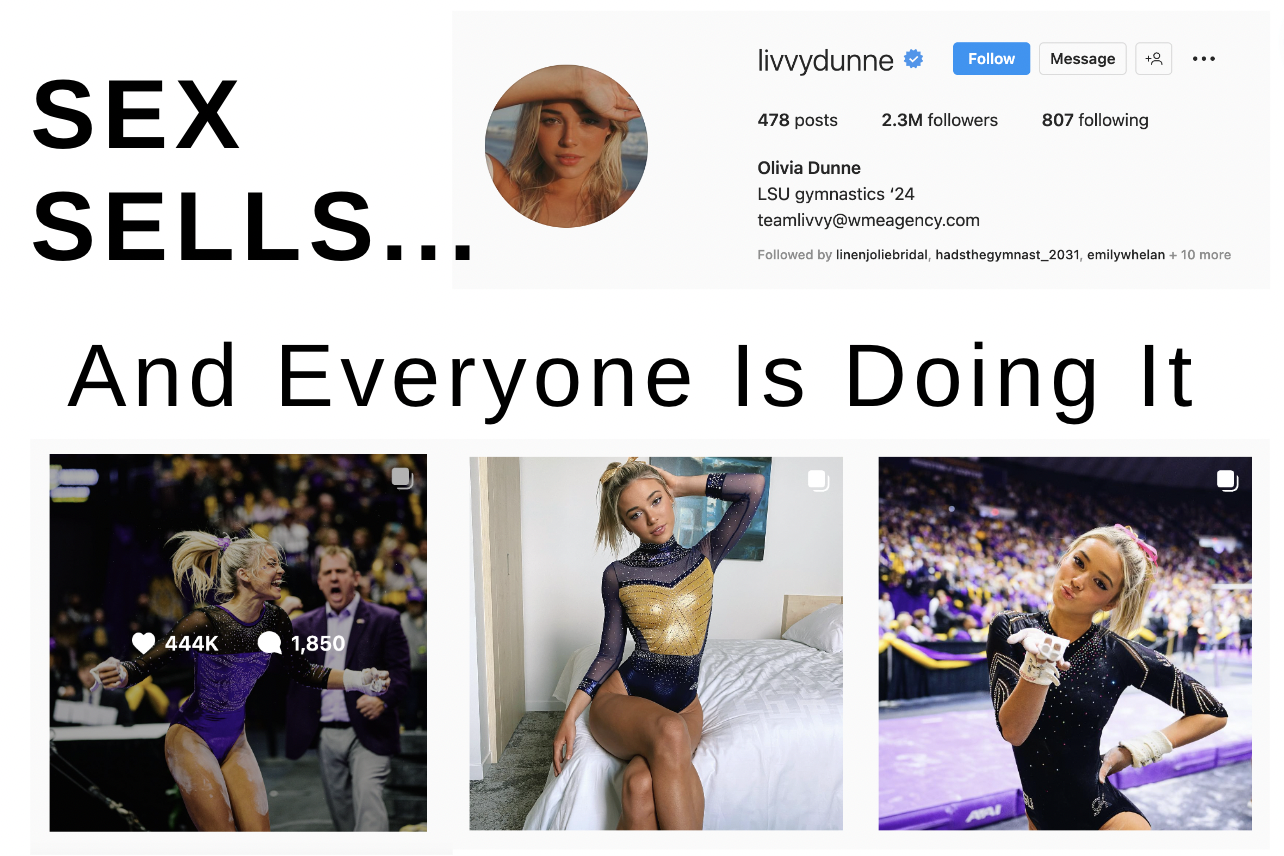 The NY Times posted an article last week calling out Olivia Dunne, a social media mogul and LSU gymnast, for using her sex appeal to ink big deals in her position as an elite athlete. In the Spring of 2021 the NCAA “finally” changed the rules for college athletes, allowing them to sign endorsement deals that would permit them to make personal income. Prior to that, NCAA athletes were not allowed to earn personal income, only the millions of dollars for the schools they represent in the way of ticket sales, apparel, primetime appearances and more. Now that this ban on personal endorsements and earnings has been lifted, Olivia Dunne is nearing $2 million in earnings annually. Amazing news, right? Prior to this, a gymnast’s career more or less ended in college. There is no professional sports league for gymnasts, and there is not high demand for sports commentators specializing in gymnastics. Heck, our own country didn’t even BROADCAST the World Championships, a meet that the USA actually won. All of this to say, the ability for a female athlete to capitalize on her success should be great news, right? Well, once again a woman who is using her intelligence and physical abilities to make a living is being “scorned” for selling sex. Thankfully, she isn’t keeping quiet and “fired back” on social media a couple days later with a gorgeous picture.

The article mentions Olivia using her sex appeal to make money and by doing so, some people feel that she is diminishing the years of fighting for equal rights in sports and pay by using the new rules to make money by selling sex. Can we just stop for a minute and high five this college Junior for being savvy enough to make a name for herself in gymnastics and around the world as a brand to open doors and achieve financial security for her future self? Being a social media influencer is no small feat, and when you look at her Instagram account it is clear that Olivia has used her bubbly personality and athletic ability to draw in thousands of followers way before the NCAA rule change. This young woman is a talented entrepreneur who knows and understands that in four years her role as an athlete may not follow her into her future. She may not have the chance to capitalize monetarily on her hard work again.

Female athletes sacrifice their bodies and time to compete for athletic departments for 4-5 years and generally get nothing in return. Female athletes are not praised and put on hall of fame walls, and they are not asked to commentate or serve as motivational speakers like their male counterparts. There is very little opportunity to move into a professional sports career like male athletes; being a college athlete for women is more often than not for personal fulfillment and securing an education without debt. They are not propelled into high paying coaching jobs like football and basketball players; the money spent on female Division 1 athletics is a small fraction of the programs available for men. Findings of a 2021 analysis posted by ESPN revealed that $4,285 is the average spent on a male NCAA athlete compared to $2,588 for female athletes; the gender gap is wide, and now we want to 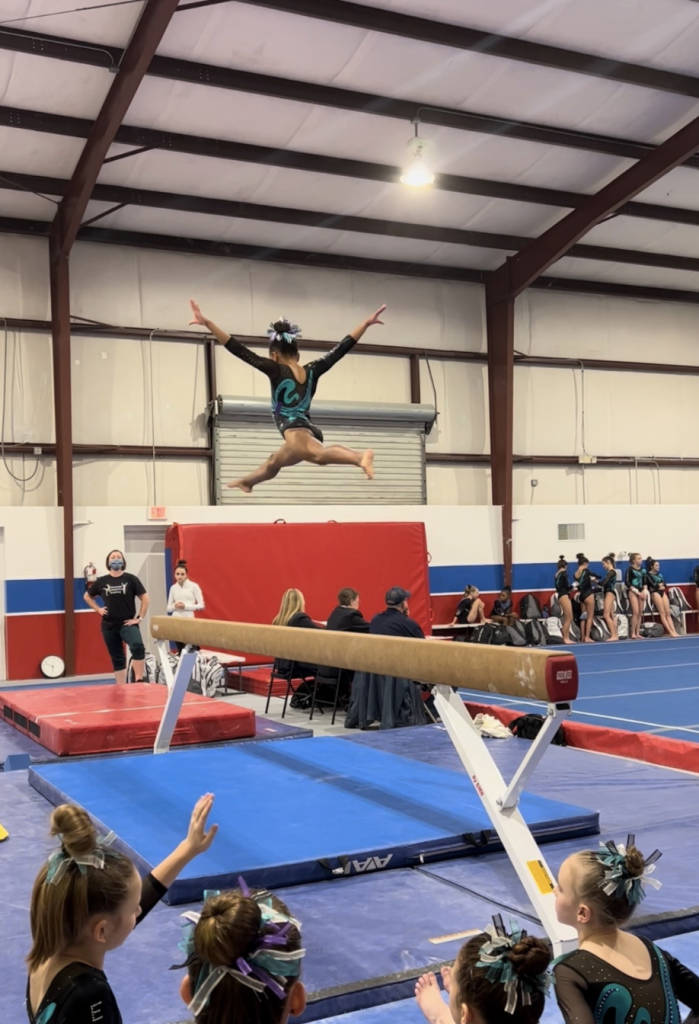 diminish women’s sports even further by blaming them for selling sex. Do we really think women are following Lebron James, Alvin Kamara and Steph Curry because they enjoy looking at their crossovers; absolutely not. People follow social media superstars for three reasons: they are entertaining, attractive or informative. Some athletes have all three characteristics, and others have one or two. No one is blaming male athletes for using their sex appeal or shirtless pictures to make money, but a large majority of them have a thirst trap video on their TikTok or IG stories.

Olivia and other female athletes are given their time to shine, and another male sitting in a cubicle in a NYC office building is refusing to recognize their savvy and intelligence and is blaming, even SHAMING, their bodies for their success. Of course she looks good. Have you ever looked into the hours that a gymnast trains? This entire commentary is just another way to distract from a woman’s success and divide us as a group pitting female athletes against each other for the way they choose to run their social media. Olivia may be sexy, but she’s also incredibly smart. As a woman, and as the mom of a gymnast, I am not offended. In fact, I am proud of Olivia for paving the way for other athletes such as mine.

Keep it up Olivia; I’m hitting the follow button.