I’m not going to lie I was nervous coming into summer. We decided against sending the boys to camp. So that meant I would have the boys all day everyday for TWELVE WEEKS. I had visions of fighting, boredom, and losing my sanity. One of my fellow SAHM friends jokingly made a bet with me about which one of us would breakdown first. Then I blinked and June was over. Half of the summer blew by before I realized that we were having our best summer ever. My kids being 5.5 and 3.5 definitely helped us get into this sweet spot, but we also did a few things differently this summer. 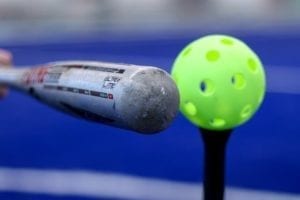 Sports Was a Game Changer

Both of my kids played baseball this summer. As a lifelong priss with an aversion to the ballpark, I was pleasantly surprised with how much I enjoyed my kids’ games. It is so exciting and fun. At one point, I was packing the ice chest and chairs and heading to the ball field 4 nights a week. Watching my kids learn the game and progress was amazing. It was a family affair as both sets of grandparents came out to see them play. We joined a country club so that my oldest could compete on their swim team. We knew he loved to swim, but we didn’t realize what a great competitor he would be. He took his practices and meets very seriously. My youngest and I could swim with our friends at the club and play on the playground while swim practice went on. The Tuesday night meets were fun socially for my husband and I. We got to see friends and have some wine in between events. Not only did my kids get outdoors and stay active, but the sports gave them so much confidence.

We had a ton of play dates this summer. Between school friends, neighborhood friends, and my friends’ kids, we have lots of different groups to play with. Lucky for us, we managed to squeeze in time with everybody this summer. It was nice to play with our friends that live in Baton Rouge and on the Northshore because now that everybody is in real school, we just don’t get to see them that often. We played at friends’ houses, had people over here, went swimming, and even did some old school play dates at the skating rink and the bowling alley. My boys got to make new friends through new moms I have connected with, and my oldest got to meet some new classmates before school starts. I tried to balance our weeks so that we had chill days just the three of us and also had fun days with friends. 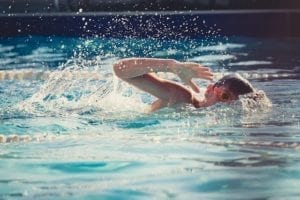 To be honest, I roll my eyes at all the articles I see online about the “dangers of screen time.” I may have actually rolled my eyes typing that out. Technology has its place, after all my son’s school uses iPads in the classroom. Whatever, I digress. When school first let out, we gave them free rein with the iPads. Some days I think they may have had them for like 6 hours straight. After two weeks, I had enough and decided to lay down some rules. My husband and I agreed they could have them 1 hour a day before dinner. Once the kids stopped whining and complaining over the new rule, a magical thing happened: THE PLAYED TOGETHER! The play room that would go untouched for days at a time was suddenly alive with dress up, lego building, and action figures protecting the perimeter. Even though I have seen the statistics, I was shocked at how much more my kids bonded without the iPads and how much their behavior improved. Since their time on them was so limited, when they got the one hour, it was extra special. Mommy was able to get A LOT done in that hour of complete silence as they soaked up toy videos. Surprisingly, after a about a week they didn’t even ask for them every day.

I am excited for the adventures we have ahead of us this school year, but sad that summer is ending. Hitting our sweet spot this summer was really nice. I enjoyed having lazy days and reconnecting with them this summer. Summers won’t always be this carefree as the boys get older; they may want to go to camp with their friends. We will eventually have the dreaded summer work to do as well. Summer of 2018 will always be special  to me, and hopefully to my boys as well.