When Disney’s animated Mulan was released in 1998, my husband, 10 years old at the time, watched it to the point of memorization. It was the closest representation Disney offered for his Vietnamese culture. As a kid, he loved nearly everything about it.

Fast forward about 23 years later to the release of Raya and the Last Dragon. We sat down with my in-laws this past week to watch the movie on Disney+. I really didn’t know much about it except that there was a heroine named Raya and, presumably, a lone dragon.

Truthfully, we found the movie itself to be a little intense for our young kids. It’s songless and decidedly dark at times (although that could be said for almost any Disney movie), and my four-year-old had to glue himself to a grandparent in order to watch it… but I’d still recommend it.

A quick Google search can give you the plot synopsis, and it’s a captivating story, but what sold us all was the beautiful blend of Southeast Asian cultures. It almost became a game for us– picking out the specific Vietnamese influences among the others. We found bánh tét (rice cake) among Raya’s food, the southern Vietnamese word for “father” (ba), clothing styles, some traditional displays of respect, and more. My husband noted the different martial arts fighting styles that he recognized, and my mother-in-law described the similarities of the floating village seen in the movies to places in Vietnam. We pointed out all the Vietnamese names in the end credits and talked excitedly about how many different Asian skin tones were depicted.

My in-laws were so proud to see their culture depicted in the movie, and their pride brought me joy. I have been fortunate to see various versions of myself on the big screen– Disney princesses who look like me. For a while, it seemed like Mulan might be as close as it would get for Asian families, who, as my husband remarked, are used to seeing only Chinese or Japanese (eastern Asian) representations. But now, Raya hits even closer to home for us.

I know the movie isn’t perfect; the Internet is filled with a wealth of criticism, but it feels like a step forward. Southeast Asian representation from a powerhouse like Disney means my nieces now have a princess who looks more like them; there is a father figure who looks just like my sons’ own father. My oldest son even recognizes that Boun, the young boat captain, looks just like him and his cousin. I love that my sons have a strong female role model like Raya, and if we have a daughter, I hope she sees herself in Raya, too.

Beyond the Southeast Asian culture that drew us in, there’s a message of trust and reliance on others in a scary world where something fearful is spreading, fast. It’s not hard at all to make the connection from the imaginary world of Kumandra to the real world we’ve been living in for the past year.

And when I came home from work one day to find my husband watching it on his own, and not as a captive audience with our kids, I truly knew this movie was a special one that our family would proudly watch over and over, relishing the representation. 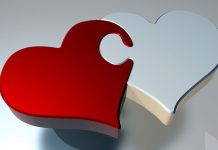 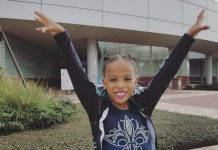