The first Friday of the COVID-19 quarantine ended with me screaming at my husband in the kitchen.

The whole week had actually gone quite smoothly. I knew that a color-coded hour by hour schedule would not work for my family, but my 7-year-old and I had come up with a set of rules, and with the rules to guide us, we had fallen into a regular groove. After breakfast, we’d get dressed, watch story-time videos my toddler’s preschool was posting, and my 7-year old’s Spanish videos. Then I’d entertain my toddler while her sister got her schoolwork done. Next was lunch and nap/quiet/ mommy work time followed by outdoor time. Most days, the TV was never turned on. When my husband got home, he’d help the girls clean up while I made dinner, and later he’d handle bath and bedtime while I cleaned up the kitchen.

Despite how tired I was, it was working, so I didn’t complain.

When my husband was finally told he had to start working from home, he set up a makeshift office in the bedroom, closed the door, and went about business as usual. When he did emerge from his lair, he’d inevitably end up snapping at the girls for behaving like they were in a home instead of an office (which they were) or for some other insignificant thing. These brief moments inevitably derailed every effort I had made to minimize and mitigate meltdowns throughout the day.

By Friday evening, I was seething with frustration, and I laid into him. I told him he had been completely inconsiderate of me and how difficult the situation was for me. I was annoyed that he was being so short-tempered with our daughters. I was angry that there had been no discussion about how we might better balance supervising our children with our work needs now that he was working from home. I was hurt by what I felt was an underlying implication that, because he worked full-time and made more money than me, his job was more important than mine. I felt like I was doing everything on my own, and I was just so tired. 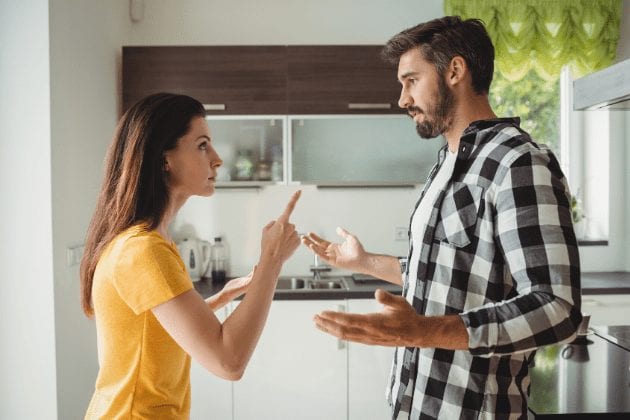 After I took some time to cool down, my husband and I had a more civil conversation. He apologized for assuming that what had been working when he was still going to the office would continue to work now that he was at home. He acknowledged he hadn’t realized how much more time my class, which I was now teaching online, was requiring of me. I admitted that I knew he was stressed too, and I shouldn’t have let my emotions boil over before I said something. The battle didn’t need to happen.

We worked out a better schedule together, and my husband started working on his mindfulness with our girls. For the next few days, I heard myself reminding him (and my 7-year-old) to “pick your battles.” The phrase became my own inner mantra as well:  Pick your battles and have the right perspective.

Yes, the floor is covered in Playdoh (which I hate!), but the girls were entertained for hours today, and I got some extra work done.

No, you can’t open the front door because the front room is such a mess, but we’re not supposed to go anywhere anyway, and the girls know they have to clean it up.

Yes, the porch my husband just power washed a few weeks ago is covered in chalk, but my girls are playing outside every day.

No, it’s not easy working from home with kids, but we are blessed to still have our jobs and to be able to stay safe at home.

Yes, we are both making sacrifices for this to work, but there are so many other people who are making far greater sacrifices right now.

It doesn’t mean everything is suddenly all sunshine and rainbows. My husband and I both still lose our patience. Our girls still fight and get sent to time out. We will certainly start to get on one another’s nerves. But we are actively working to lessen the strength and frequency of those things.

When my kids are grown, I don’t want them to remember this as a time their parents were tense and angry or as a time when they were stuck at home and missed their friends. I want them to remember it as the time when they played outside every day, ran in the sprinkler with their clothes on, read lots and lots of books with their parents, learned to do new things, and strengthened their bond as sisters. 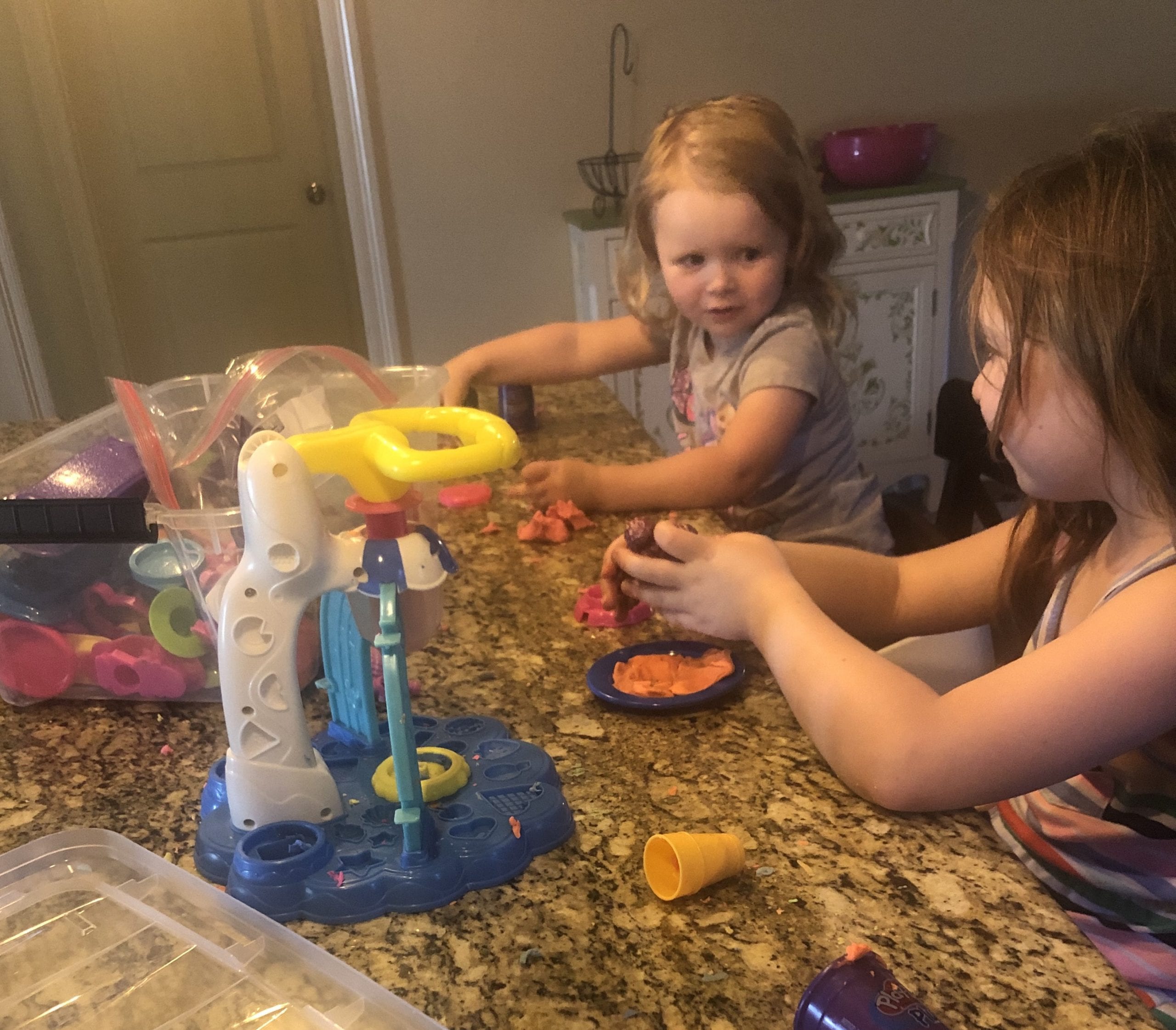 I don’t know how much longer this quarantine is going to last. At this time, it seems it’s going to get worse before it gets better. What I do know is that I can make sure this time is filled with happy memories for my kids, not by running myself ragged trying to control everything, but by picking my battles and having the right perspective.