A girl’s sweet sixteen is supposed to be amazing. Sixteen is the age of the driver’s license and, with it, a sense of independence and the feeling of being one step closer to adulthood.

Like any typical teenager, I woke up on the morning of my sixteenth birthday expecting it to be a memorable day. I had my first real boyfriend, and I fully expected him to decorate my locker and greet me with presents. I wasn’t disappointed. Not only had he decorated my locker, he had posted construction arrows all down the hall pointing to my locker. I was a happy girl and skipped off to my classes with the bear he’d given me, knowing full well it would be an opportunity to remind others that it was my birthday. 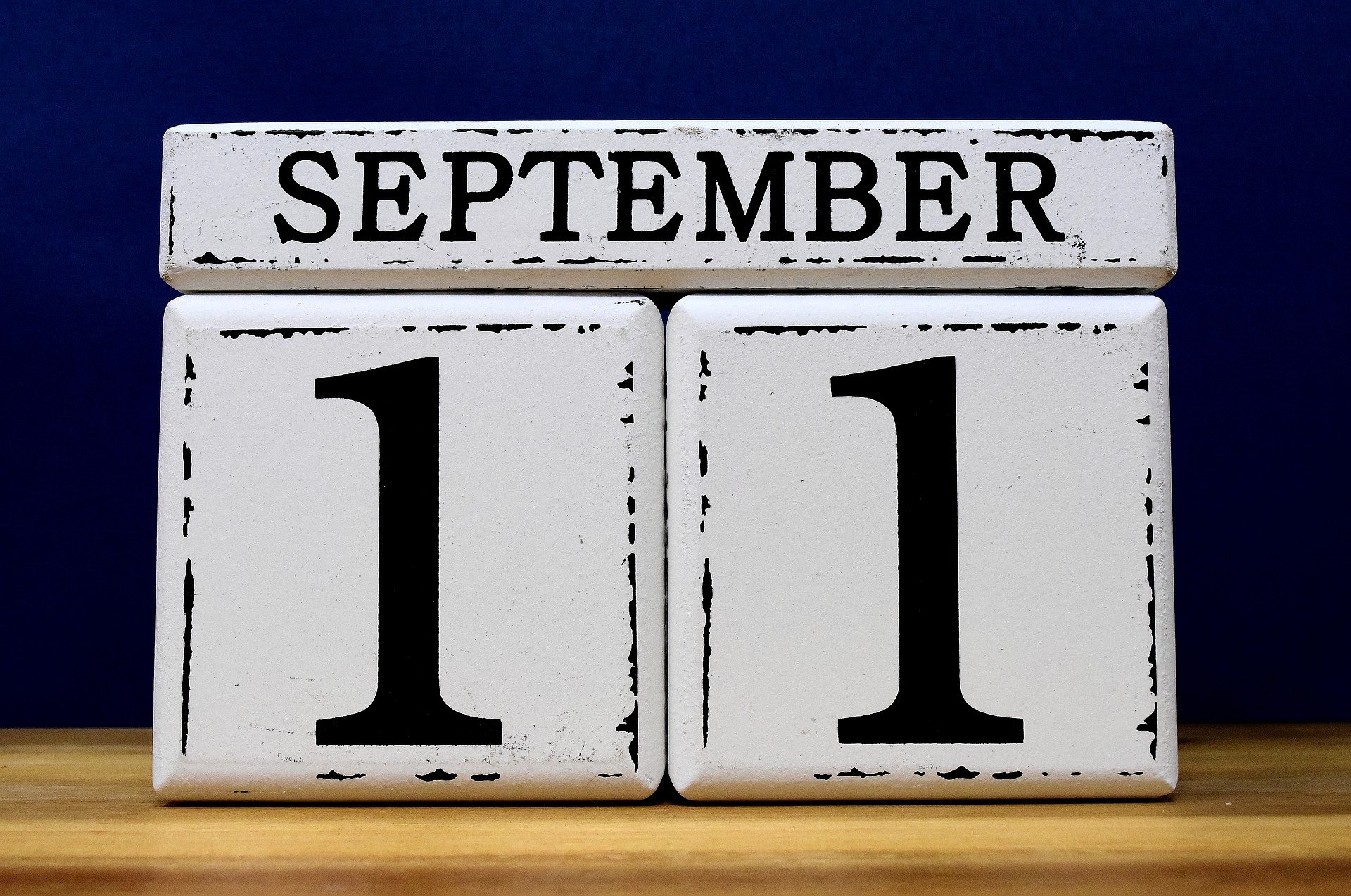 When I walked into my 2nd block AP US History class that morning, I saw my “birthday twin,” and we squealed at each other with delight. Ordinarily pretty low-key students, we both twittered like birds with the excitement of finally being 16 as we waited for the tardy bell to signal that we needed to be in our seats. Suddenly, our teacher yelled at us to “shut up.” My favorite teacher, a teacher who never had to raise her voice both because she was amazing and because she was a little scary, had just yelled at me, a student who never broke the rules! It stopped our conversation immediately, and we turned to see smoke billowing from the 1st tower on the tiny classroom television.

We watched that TV in silence for the entire class period.

We only asked enough questions to understand what the towers were and where they were. We watched the second plane fly into the other tower on that tiny TV, and slowly, it dawned on all of us -still children no matter how much we wanted to be adults – that that first plane had not been an accident.

We still switched classes that day, but every class was the same: we sat in silence, watching the news coverage of the smoking towers. Hushed conversations tinged with fear and confusion only happened during the exchange of classes.

The rest of the day is a blur of images, emotions, and facts:

My friend Mia was sent to the counselor’s office in hysterics because her dad worked near the World Trade Center (he was okay).

At some point, in the day we learned about the plane that hit the Pentagon.

When we learned about the plane that went down in Pennsylvania, where most of my family lived, I remember feeling like it was hitting too close to home – feeling a little too real.

We watched both towers collapse.

Once the phrase “terrorist attack” was used on the news, the rumor mills started churning. Every symbolic institution of the American Government was a potential target, but in the panic and fear that was already bubbling up that day, logic didn’t control the rumors. I remember hearing the ridiculous rumor that the Memphis Pyramid, at the time an empty concert hall, was on the “hit list.”

It was frightening to think that these attacks could truly hit closer to home.

Even more terrifying were all the unknowns.

Though the tears had streamed down my face all day as I took in the images of loss and devastation, I didn’t really let the hot tears loose until I walked back to my locker at the end of the day. My locker decorations were untouched, but the construction arrows my boyfriend had taped all down the hall had been ripped down, torn to shreds, and thrown on the floor. As I tried to pick up the pieces or the arrows, I let out all of the emotions and confusion I had been feeling all day.

Even at just 16, I knew the tears weren’t about the torn arrows. The arrows had just pieced the hole that released the floodwaters.

My sixteenth birthday was certainly memorable, and it was definitely a day that made me feel more like an adult, but not because it was a milestone birthday or because I suddenly had more independence. It was the day that I, along with millions of others, witnessed a national tragedy.

It was the day I realized that not every country wanted to be like America.

It was the day that I realized how much could be lost in a moment.

It was the day that I really understood that all the numbers represented real people who had gone about their normal day with no idea that it would be their last.

It was the day the world became a lot scarier than I had ever understood in could be.

It was the day my teenage sense of invincibility evaporated.

It was the day September 11th stopped just being my birthday and became a day to remember the nearly 3,000 lives lost that day. 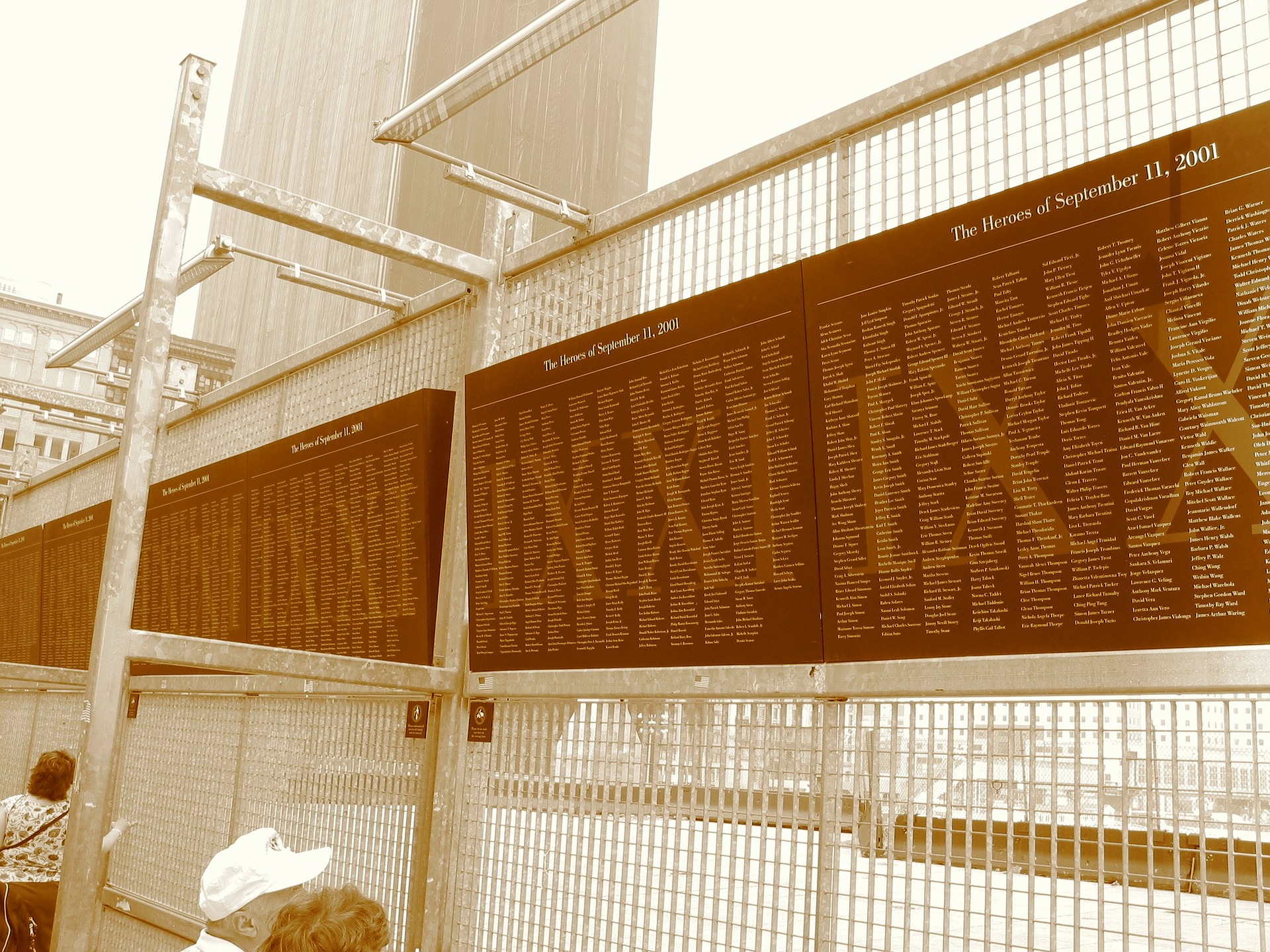 And in the days that followed, as we watched rescuers sift through the rubble, as we cheered every rescue and mourned every victim found, as the reality of the attacks came into focus, we saw what America was made of. A large American flag and a steal cross made from the beams of the towers were hoisted over the site. Police officers, firemen, medical professionals, counselors, pastors, and ordinary people came from across the country to help in whatever way they could. And homes around the country hoisted their own American flags to show their respect and solidarity.

Even though September 11th was my birthday for many years before it was a National Day of Mourning, I find it impossible to separate the two, and I’m okay with that. Birthdays are supposed to be about commemorating lives, and so on my birthday I remember the lives that were lost that day and thank God for every additional birthday I get to have. And as you observe this 20th anniversary, I ask you not to think of the attacks, but instead to think of the people: to think of the nearly 3,000 people who deserved more time, to think of the families and friends who lost their loved ones, and to the think of the heroes that were made that day, and in the days after, when Americans came together to prove that our strength comes from our unity.

The Battles Worth Picking

My Biggest Fear This School Year