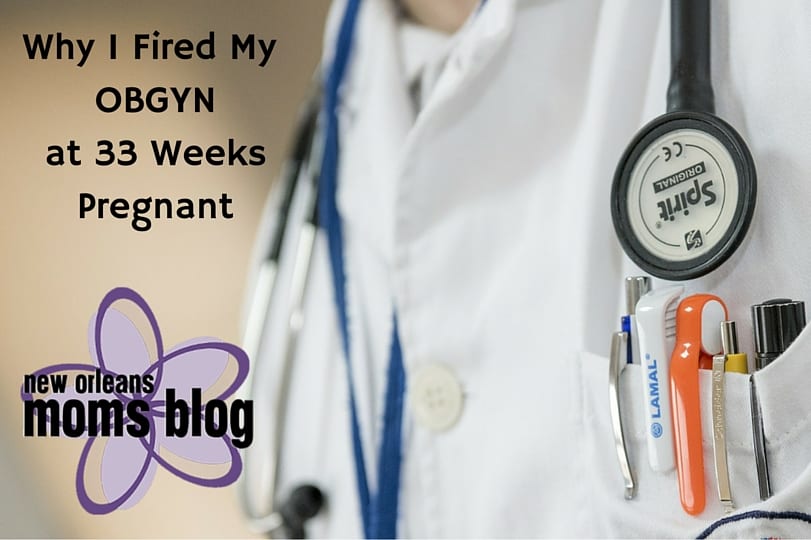 As someone who sings at wedding ceremonies, I admittedly want to roll my eyes at the demanding bride who thinks she knows exactly what she wants. I often want to say to her, “just let me do what I do best and I promise it will be beautiful.” Sometimes I wonder if that’s how my doctor felt when I handed over my birth plan. Was he thinking, sure lady, demand all you want, but I know how this will really turn out?

As a first time mother, I neurotically researched every bullet point of my birth plan. I googled things like “what to include on a birth plan” and “the pros and cons of episiotomies,” and while giving birth wasn’t something I had ever done, I thought the birth plan I created was reasonable and rooted in evidence based research. I even included a blurb at the bottom that said:

The safety of our baby and me is the first priority, and we will be flexible in this plan. If a problem does occur, please inform us so we can discuss our options and decide on the best course of action.

I discussed my desire for a drug free birth with my OBGYN, and he was always supportive in prior appointments. It wasn’t until I gave him my carefully typed paper with “Birth Plan” underlined at the top that it became clear I had not chosen the right care provider for me. While he did take issue with a handful of the things that I requested, it was his demeanor that affected me the most. He spoke to me as if I told him I wanted to give birth dressed in a chicken suit while standing on my head. He handed the paper back to me and replied, “Whether this baby arrives by train, plane, or automobile doesn’t matter. The ONLY thing that matters is that he gets here safely.” It was then, when I pointed out my note at the bottom about safety being our priority, that I realized he hadn’t even bothered to read the whole thing. While I do think that the safety of the baby is important (of course), it certainly isn’t the only thing that matters. How a woman is made to feel during the birth of her baby matters. It’s a day she will remember for the rest of her life. I felt like he was talking down to me for being an informed patient and having an opinion on what my ideal experience would be.

My husband, who was with me during the appointment, thought I was being a bit irrational. My doctor hadn’t flat out said no to any of the things on my plan – he just voiced his heightened concern. Was I being hormonal? Was I reading into his tone? Was I arrogant enough to think I knew more about birthing than my doctor? My doula suggested that we just plan to labor at home as long as possible, and she reminded me that the hospital couldn’t force me to do anything I didn’t want. While that was true, did I want to have to fight for what I wanted in the heat of the moment? I felt uneasy and my intuition told me that I wasn’t where I was supposed to be, but in my third trimester was I too late to switch gears?

I asked my husband to watch the documentary The Business of Being Born with me and about half way through the film he turned to me and said, “Call the midwives.” So, that’s what I did. I scheduled an appointment with the local midwifery practice and brought my birth plan with me. The moment of truth … I handed over the piece of paper and after she read it, a wave of relief came over me as she looked at me, shrugged and said, “This is our standard of care.” I felt like a ton of bricks was lifted off me. I felt more at ease with a woman I had only just met than I did with my doctor who I had spent months with. I immediately called my OB’s office and had my file transferred, and I still believe it was one of the best decisions I’ve ever made.

I learned two things from this experience. First, that it’s important to go over your detailed preferences with your care provider as soon as possible. The policies and routine procedures vary greatly between hospitals and practitioners, and it’s important to know that you’re on the same page, whatever that page is! Second, parenting has been a lot about listening to my gut for me. Choosing to trust and act on my intuition isn’t always the easiest path, but it has rarely steered me wrong.

For anyone curious about how my son’s birth turned out, it was an experience that left me feeling cared for, supported, and empowered. The only thing that didn’t go as planned was an induction that I agreed was necessary at 42 weeks pregnant. Perhaps my son was just giving me a chance to have more time with my new midwives!

My Dream For Myself Doesn’t Match My Reality…