Years ago, in true judgy-childless-woman form, I read and heard children’s names and promised, “I will never give my child a weird name.” I determined then and there that I would never choose a name that was hard to pronounce or a name that’d be difficult to spell.

My husband and I gave our son a name that almost every single person pronounces incorrectly the first time they take a stab at it. We gave him a name that people hear and politely ask, “Oh… where did that name come from?” or “How exactly is that spelled?”

He’ll never find a keychain at a tourist gift shop or a Coke can with his name on it. On the first day of school each year, he’ll hear his name and need to correct his teacher. At the DMV, he’ll have to proofread his license to be sure the employee behind the counter spelled it correctly. And one day, when he meets his crush face to face at a loud, exciting concert (or some similar scenario), he’ll have to scream over the music until he can be understood.

All of that is true, but we also gave him a name with a story and a heritage that connects him to his family history. It’s worth saying, too, that he’ll never have to go by a nickname or add his last initial to his first name at school because the chances of a classmate sharing his name are slim to none. Very slim.

Our son’s name is Olie. O-L-I-E. One L. Long O. Rhymes with holy moly or roly poly. (No, he’s not named after the cartoon and books. Like any kid, though, he thinks it’s pretty cool that he has the same name as a fictional character.)

Olie is actually the third, sharing his name with his father and grandfather. I won’t bore you with too many details, but the name goes farther back and comes with an interesting story. The very first Olie (spelled Oli) was a Finnish immigrant who saved the life of my husband’s great-great-grandfather. Move forward in time several decades, and here we are with our Olie.

Though it’s not the reason we gave our son his moniker, having an uncommon name allows for teaching moments about advocacy and character. We’ve already begun to teach him how to respectfully correct adults when they call him Ollie, and as he begins to practice handwriting and study each of the letters at school, we’ll teach him how to recognize Olie vs. Ollie in print, too. He’ll also learn perseverance and patience as he attempts to teach the same individuals multiple times about his name’s pronunciation.

Most importantly, though, we’ll teach him that his name isn’t weird at all. It’s a name with a story and a name that is filled to the brim with family significance. He’s already seen the family ring that my husband wears and knows that one day, it will be his. Maybe when he’s older, too, he’ll take a trip to Europe and meet lots of other people named Oli/Olie.

I’ll tell him the truth– that I wasn’t 100% sure that I was going to go through with it. I did what many women do: I waited to meet him in person in the hospital. I looked at his little wrinkled face and knew in my heart that it was right. He was an Olie. Now, people tell my husband and me all the time that they can’t think of him as anything other than Olie, too. His big personality is inextricably linked with his name.

And you know what? If I have to make him his very own keychain or Photoshop his name onto a Coke can, I’ll be happy to do it.

Tell us about your children’s names! Do they have a name that’s difficult to pronounce or is uncommon? 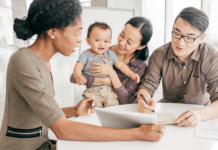 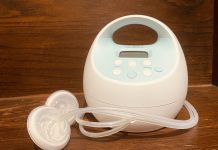 6 Baby Shower Gift Ideas For AFTER The Newborn Stage

Giving a Gift of Board Games and Grace to a Young...