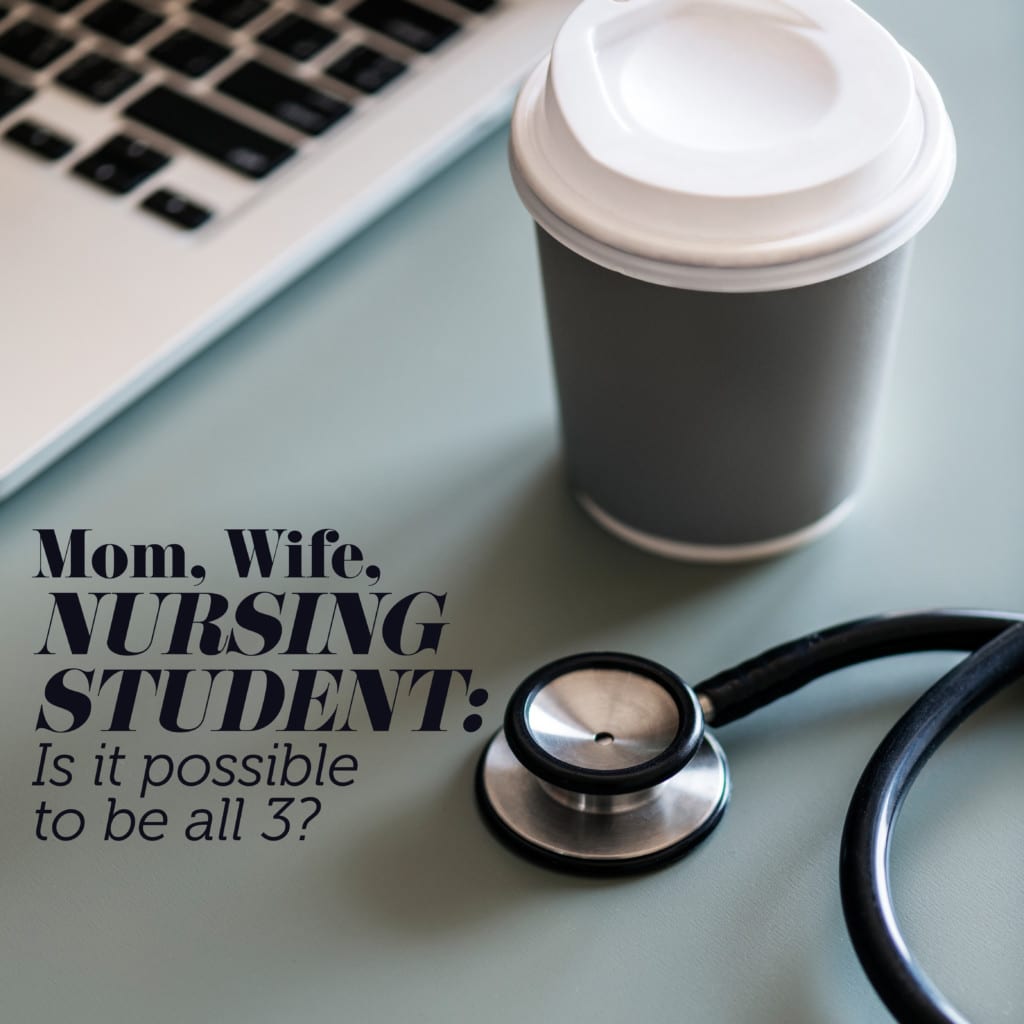 “Hey. I have someone who wants to talk to you.”
It was 7:20 in the morning when my husband called me to say my son woke up in a bad mood because I wasn’t home to get him out of his crib. In order to calm him down, they called me. I was already at school, waiting for a lecture to start when I took the call. His little voice caught in his throat as he said, “Mommy. I miss you. Wuv you.”

My heart broke into a million pieces in that moment. I wanted to pack up my books and walk right back to my car. When my husband got back on the phone I asked him the same thing I’ve been asking myself the past few months – “Is E OK? Am I doing the right thing?”
He said, “Yes. We will be fine. Have a good day at school.”

After almost a decade working in advertising, I decided to go back to school to become a nurse. When my son was born, he spent some time in the NICU, and I spent my days and nights surrounded by actual angels on earth – NICU nurses. Their care was so impactful that two years later, after completing a bunch of prerequisite classes at night while I worked at my day job as an art director, I started on the path to become an RN. Through the kaleidoscope of my newfound maternal love, I saw my career path shifting and reforming. My love for my son set me on this long, tough road. But he’s two. He doesn’t understand. He just wants Mommy to be there when he wakes up in the morning.

I had always heard about how difficult nursing school is from my friends who are nurses. But, the truth is, I never really paid much attention to the fast pace or the amount of work because I never saw myself in their weird little clog shoes (which I’ve since learned are called Danskos). I’ve gotta say, even after breezing through the prereqs, the amount of work in nursing school is eye-opening for any student. But for moms – and there are MANY of us in school working toward our RN licenses – it’s an endurance race. It’s a triathlon, and the three legs of the race are not failing out of school, not catapulting your family into financial insolvency and not ruining your child’s life. Easy, right?

The mom guilt is overwhelming. I study all the time. All. The. Time. I listen to lectures while I drive my son to and from school. I scroll through Powerpoint presentations on my phone while he watches Puppy Dog Pals on my lap. After he goes to sleep, I skim my textbooks and re-read my notes. But it’s not enough. I still miss out on special times with my son because Mommy has to take a microbiology test or write care plans. And don’t even get me started on the quality time I’m not spending with my husband. He’s a saint for supporting me through all this insanity.

You Can and You Will

But please, don’t let me scare you. The point of this post isn’t to make nursing school while parenting seem impossible. Actually, it’s the total opposite. Being a mom has made me a master at multi-tasking and prioritizing, two skills that are absolutely crucial to surviving nursing school. I’d venture a guess to say that being a mother has also motivated me to succeed more than anything else I did when I was an undergraduate student working toward my bachelor’s degree. Because I gave up so much to be here, failure is not an option. I am living proof that though the journey may be tough, moms with ambition are tougher. When this season is over, I’ll be able to look at E and know that he was my reason why. I did this because of him, not in spite of him. I’ll hold his and his daddy’s hands at graduation and know that we did this, together.

Well, the Saints Lost. Now What?