When I was just 11 months old, my father attended a college reunion in upstate New York and brought me back a stuffed animal moose. The moose quickly became my constant companion, and like all lovies, over the years his physical appearance reflected the signs of the great love I held for him: he no longer has his original antlers or feet, most of his fur has worn away, his pupils have been redrawn with sharpie more than a few times, his tongue and ears have holes in them, and he has a heart-shaped patch on his rear end. As a child, I imagined he’d someday turn real, like the Velveteen Rabbit. As an adult, I only half-joke that I’ll be buried with him or he’ll be sent to a museum if I ever become famous.

As other people saw my great attachment to my lovie, they began to buy me other moose things, and long before I was old enough to understand what a collection was, I had a growing collection of moose memorabilia. I had figurines, art, pictures, bags, even plates, but the largest part of the collection was other stuffed animal moose, and it kept growing long past the time I stopped playing with stuffed animals. For most of my life, the stuffed animals have sat on display on shelves or sat in boxes in storage, but I struggled to part with the collection.

When my husband and I began packing and purging our old house to move to a new one last year, I finally decided it was time for the stuffed animals to go (with the exception of my lovie, of course!), but finding them a new home proved more difficult than I expected. First, there was the mere fact that I was unwilling to simply donate them anywhere. Though I had plenty of friends who would happily have taken them for Mardi Gras throws, the idea of my long-held stuffed animals ending up in a beer-filled puddle was distasteful to me. Second, finding places that accept used stuffed animals, even those in excellent shape, was a challenge. I wanted them to be given to children who needed something to comfort them, but most hospitals and other facilities that tend to children in need only accept new stuffed animals. Then COVID hit, and with the world shut down, all of the things we intended to donate ended up coming with us to the new house, including all of my moose stuffed animals. 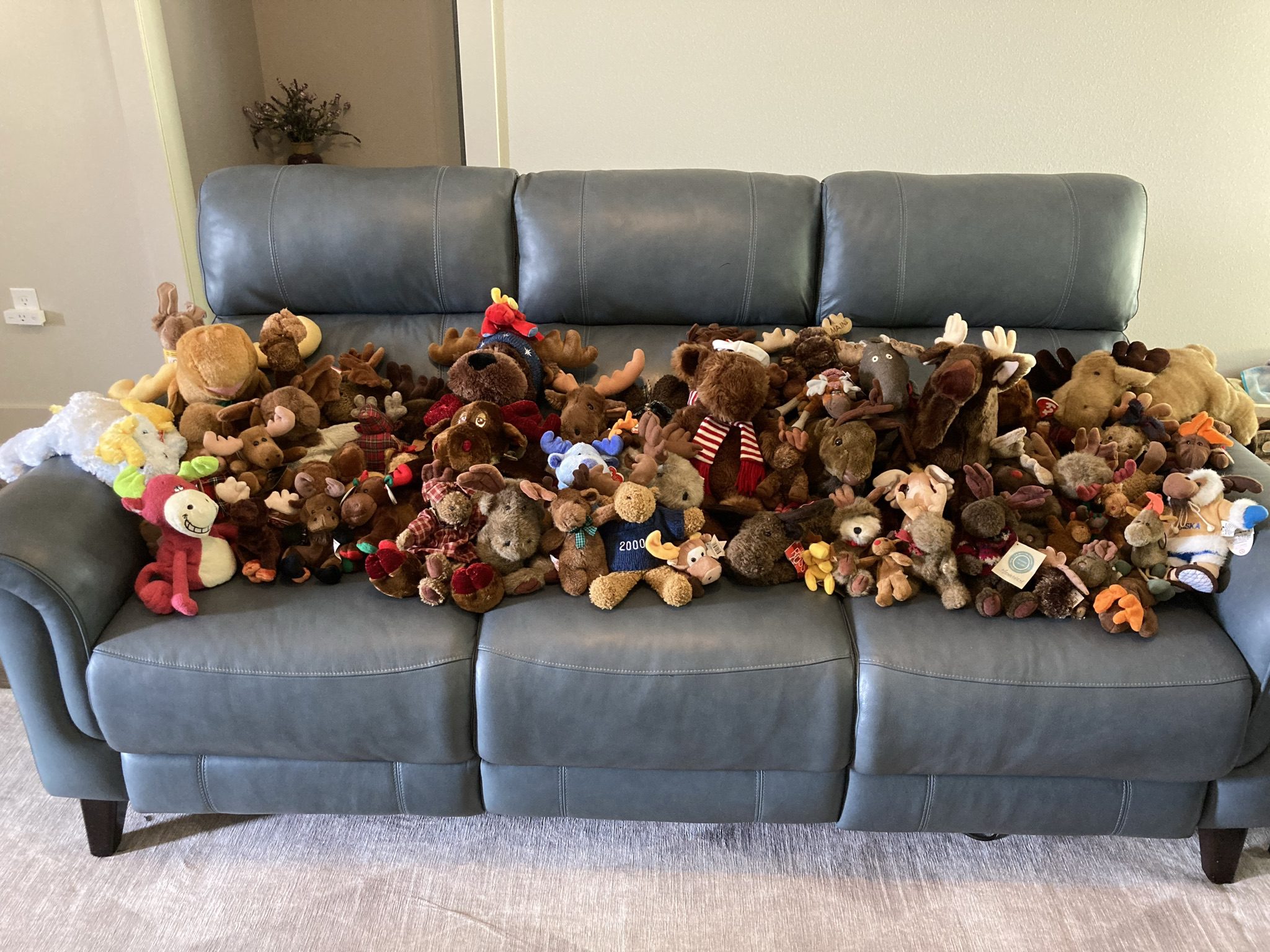 Now on summer break, I renewed my search for a place to donate my collection. After a few rejections and unreturned phone calls, I finally received an ecstatic “absolutely!” from the Tangipahoa Sheriff’s Office Juvenile Division. So this week, I transferred my collection from the large plastic it had been in, to the couch for a group picture, and then into plastic bags to take them to the Sheriff’s Office. When I got there, I was greeted by a fun and a delighted group of officers. They had a good time posing with the moose for pictures and were so appreciative of the donation. I left confident that my moose will be given out to kids who will love and appreciate them, and maybe one of them will become someone else’s special lovie. 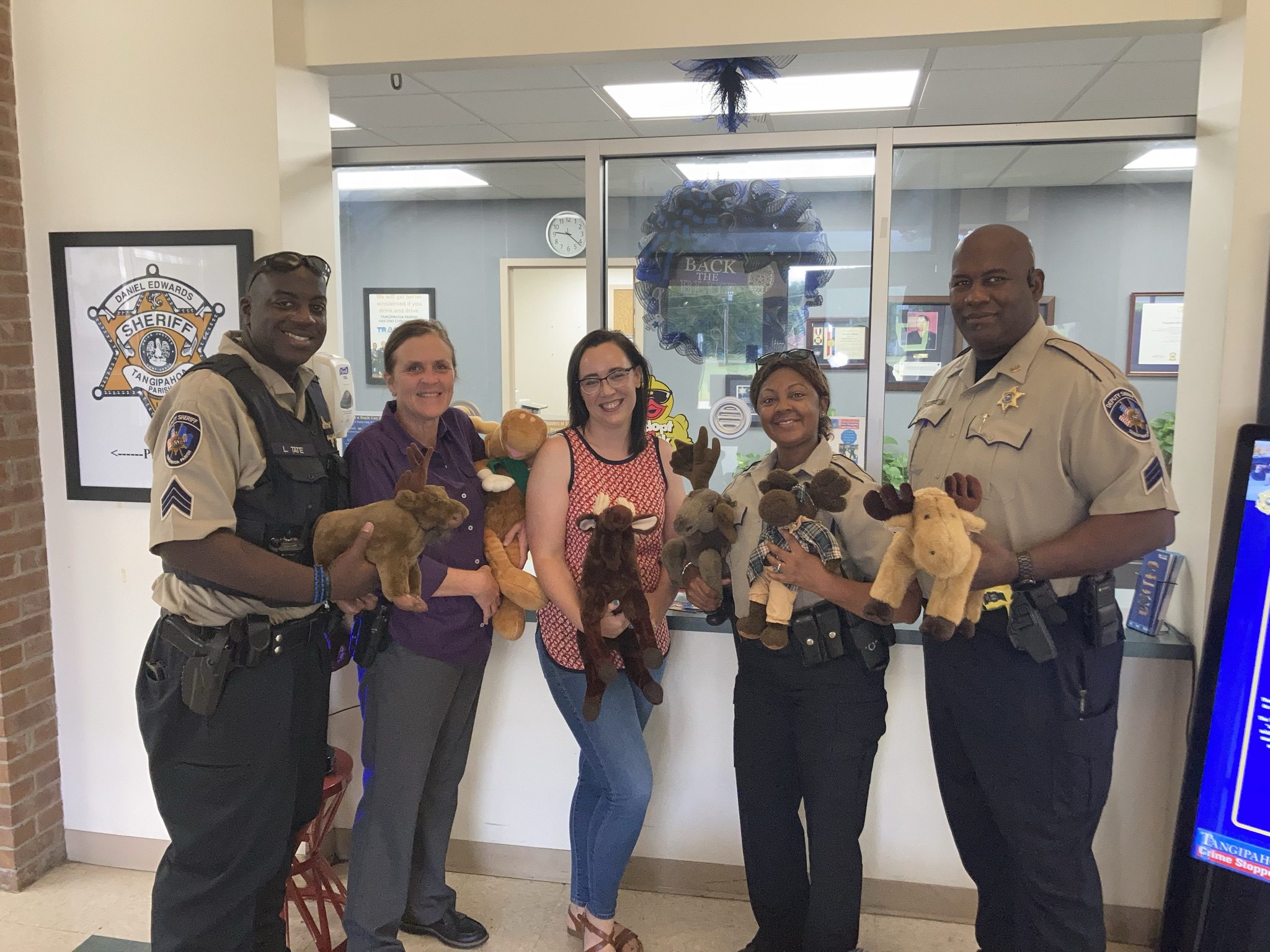