Almost 12 years ago, I stood in front of my family and friends, looked into the dark brown eyes of the love of my life, and promised forever. Through thick and thin, sickness and health, till death do us part.

Little did I know that one day I would look into those same brown eyes while I clutched our two year old baby girl, and he held the hands of our 4 and 5 year old girls as we ran down the stairs of our burning house.

It all started with a steak dinner.

Like we’ve done so many times before, we decided to have a late dinner and throw some steaks on the grill after the girls were in bed. I was early in my pregnancy with my fourth baby and was craving steak and potatoes. We enjoyed our dinner and after cleaning up the kitchen and closing up our charcoal BBQ pit, we decided to head to bed. 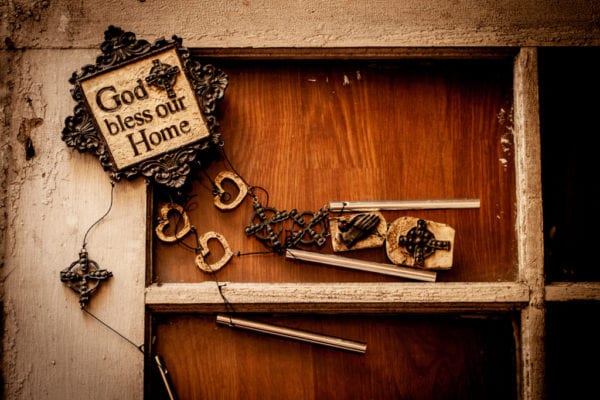 I woke up my husband, and he turned on the hall light, checked on the girls, and walked around downstairs. We couldn’t figure out what the noise was, but determined everything was okay after not finding anything out of the ordinary. It took a few minutes, but we finally both fell back to sleep.

A short time later, we were ripped out of our sleep by a sound that is so bone chilling, I actually have a hard time describing it. Imagine the sound a flame makes when it takes a huge gulp of oxygen. Engulfing.

We woke up to the sound of our wooden deck being engulfed in flames. A combination of an earth shaking roar and a whoosh, and we both shot out of bed and tore open the blinds. What we saw will forever haunt us both.

Flames on flames, popping, spiking up, licking as high up as our roof.

Our entire bedroom was glowing orange in dead of night.

“CHRIS THE HOUSE IS ON FIRE!”

The size of the flames left no room in my mind for shoes, my phone, a bra … nothing. Our only priority was to get to our babies and get them out.

I sprinted up the stairs to get our two older daughters, while my husband ran to get the baby. As we met at the landing, I grabbed the comforter off of our bed and wrapped it around the baby. We got to the bottom of the stairs and didn’t even look around before we threw open the front door and came face to face with a police officer.

“Alright, alright, everyone out!” He was so calm. I will never forget the business as usual attitude the police officers and firemen had.

What felt like bone chilling terror to me was literally their everyday job.

We were told to go across the street while they put out the fire. Our neighbors, who were good friends of ours and had three children the same ages as ours, came outside and offered to take our girls into their house to warm them up. It was the middle of the night in November in the Midwest, and the temperature was already dipping well into the low 30s at night. We were so grateful for them. They brought the girls inside and laid blankets on their living room floor. Within minutes, they had a Disney movie on and were whipping up pancakes for all 6 kids.

To have such selfless neighbors open their home to our babies in the middle of the night was such an indescribable blessing.

We found out from one of the firemen that the man that throws the newspapers in our neighborhood saw our deck on fire and called 911. That’s how they were there before we ever made it out of the house.

Our wooden deck and pergola were a total loss. Charred, black with soot, and dripping wet, the entire right half of the deck, pergola, and shed that was next to it were destroyed. But somehow, miraculously, we had no damage to the inside of our house. The fire raged right outside of our kitchen window, but the firemen were able to extinguish the flames before it broke through. The exterior window pane was broken from the strength of the water hose. We couldn’t believe that with the size of the fire, we had no interior damage. As for the cause of the fire, we put the pieces together that the first initial loud bang that we heard was actually the BBQ pit falling over onto the wooden deck. The windy night ignited the still hot coals. Over the next few hours it smoldered until finally the deck was in flames.

We took a deep breath and picked ourselves up. We were spared from what could have been an unimaginable tragedy. We did our best to get back into our routine, fearing any prolonged disruption would cause the kids more stress. All three slept in our bed that night, but by the next night, everyone was content being back in their own space.

Nightmares tortured me for months on end, anxiety ate me alive. I was consumed with “what if” questions.

I learned quickly that playing the “what if” game is a rabbit hole. I hardly slept for months, and every little noise woke me up. I had to make the decision that I couldn’t let myself “go there” anymore. We were okay, we made it out okay. I had to force myself to let my heart fill with thankfulness and gratitude. It was a process that I still work on today.

By the grace of God our girls don’t have any lasting effects from that night. We encouraged them to talk about their feelings, whether they were scared, and what our plan was on the off chance we had to deal with it again. We were so careful with them and their little minds. I was so worried about them for so long, but their resilience is astounding. 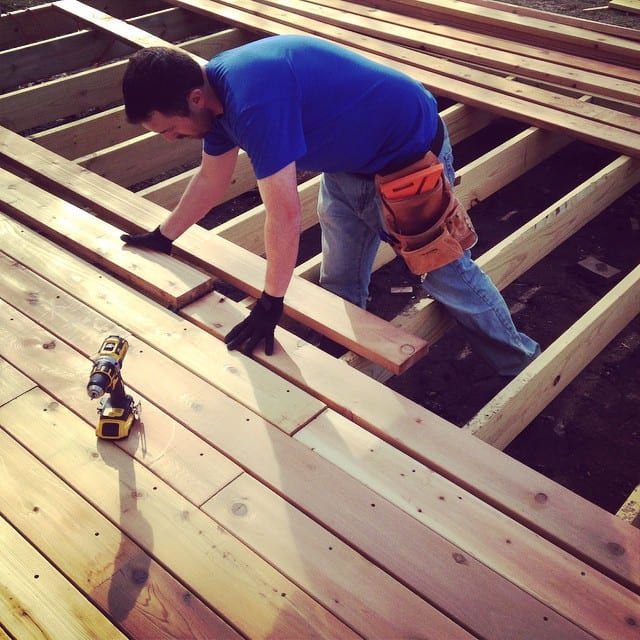 They watched their daddy work for hours on end tearing down the old deck and build a new one, literally with his own hands.

Not long before the fire, we had an incident with our daughters that made us consider window locks, but instead decided on window sensor alarms, in the chance that one day we would have to deal with a fire. Well, you should indeed never say never.

We walked away from our traumatic event SO thankful – for the man who called 911, for all the amazing and fearless firemen and police officers, for our wonderful neighbors who opened their home, that our house sustained so little damage, and that our family walked away without so much as a scratch.

Unfathomable Tragedy: Lift the Savoie Family up in Prayer