This one has weighed on me for months. It’s a delicate subject but one I wanted to write about and share our experience. About a year ago, I shared the top 10 reasons I love being a travel ball mom. I still LOVEEE being a travel ball mom! Our first two years of travel baseball were the perfect beginning for our journey. We made the kind of memories that are remembered for a lifetime. But as we all know, sometimes relationships start splitting because the visions are different. The priority of expectations is different. You want and value different things. So …

I signed my son up for tryouts with three new teams.

But my son didn’t know I had done this. I didn’t tell him at first because I didn’t want it weighing on HIS heart. His heart is sensitive and he feels deep. His emotional intelligence and consideration for others’ feelings is leaps and bounds beyond some adults. It’s beyond me sometimes. Relationships are very important to him too, so I knew I had to be tender with this situation. He loves playing the game and he loved his team. But he was frustrated and had been frustrated for months. I was frustrated too. We talked about it ad nauseam. And we tried, we tried really hard to make it work.

I remember the exact moment my heart skipped and had made her decision. It was one of those moments playing out in your head while also happening in real time. The kind of moment where a life soundtrack would be appropriate. It made me sad. It was a little defeating. I was thrilled to be going home. Mentally I was deflated with the situation, but the surety I felt in my heart at that moment was powerful. It was almost calming. But I sat on my thoughts. I didn’t share them with my son or really anyone. A few weeks later my son (unknowingly) confirmed my intentions with a reaction during a conversation before our annual beach trip. One of those “you just know” mama moments. Honestly, I was heartbroken and angry all over again. Because I knew this part of our journey was over. I told my son about the tryouts when we got home from the beach.

He managed his emotions well (as usual … I learn so much from him y’all, I really do). And he was feeling it all … cautious, excited, anxious, sad, inspired, surprised. I think he was a little relieved. Like I said, we had many conversations about this situation but I don’t think he thought it would come to fruition. He knew the final decision rested with me, and he didn’t think I would follow through. It wasn’t an easy decision. It wasn’t an impulse decision. It WAS mental hell a little bit. But once I was settled on the decision and had worked through all my own emotions, I was very comfortable and content with what I needed to do. I knew in my heart it was time to move forward with a new team. 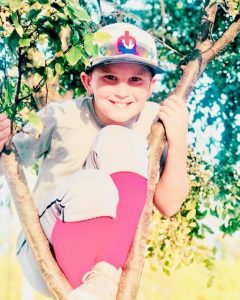 I thought about doing a complete opposite “top 10 reasons it may be time for a new team” post but that just didn’t feel right. Organically, I don’t think we can generalize feelings like that. I don’t think anyone (we didn’t for sure) enters into the travel ball commitment with the intention of playing for another team. So when you find yourself evaluating the relationship, I think it’s an intimate and unique circumstance. You can’t create a general list of reasons why a family would be unhappy. Every reason likely isn’t related to baseball either. When you decide to leave a team, you don’t go through a list checking off reasons of validation. Likely, a culmination of events led you to this endpoint, and the decision to leave was made before you acknowledged it was something you were really going to do. Because you see-saw with yourself. The respect you have for your commitment and your team is genuine. You want to be sure you’re making the right decision.

So instead, I decided to leave you with some thoughts that helped me navigate the journey I didn’t want to go on … but I’m glad it happened. Fortunately, our breakup was amicable so we look forward to hugs, handshakes, and friendly competition on the field.

It’s Not Just a Game