December 2021 made seven years since I graduated college. While in the throes of it, I don’t think I ever thought this far ahead when dreaming of graduation way. Chugging along with two (sometimes three) classes a semester, the finish line seemed so far away sometimes. So I just focused on the semester I was enrolled in and kept the goal in sight. The light at the end of the tunnel would appear one day. It’s a beautiful thing to reflect on but also shocking it’s been this long already.

I can’t believe it’s been seven years since I DID IT!!! 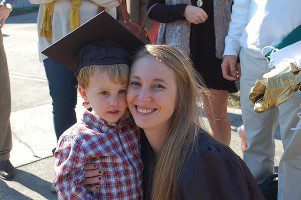 When my college journey started in August 2004, I was an outgoing, driven 18 year old who loved school but was also secretly battling demons and internally was a hot mess. Things went south pretty quick. I was drinking heavily and partying all the time. My first semester I passed one class (out of 4) with a D. Somehow I convinced my parents to let me return to LSU for the spring semester knowing I would be on academic probation but promised I would pull my grades up. We all knew I was capable. I do think God had a hand in me returning for the spring semester because God knew me coming back home wasn’t an option, it was not a safe place for me to be. I did “better” in school (I didn’t fail any classes) but it wasn’t good by any means, and I was academically suspended. The unsafe dynamics at my home were no longer a concern, so I moved home at the end of the semester. Katrina would hit just a few months later. I enrolled at Southeastern for the 2006 spring semester. By the end of the fall semester, I was on academic suspension again. And this would be the beginning of my three-year hiatus from school.

I worked full-time in the restaurant industry the entire time I was out of school. I had a few part-time jobs as well. I had an apartment for a year and lived with my dad the rest of the time. I bought my townhome in 2008. In January 2009, I decided I didn’t want the restaurant work schedule anymore (I was a manager by this point), and I wanted to go back to school. I was hired as a full-time office manager, and I enrolled in school part-time at Southeastern. I took three classes every semester (including summer) through May 2011.

When the semester ended, I was considered a junior and 4 months pregnant.

By this point in my pregnancy, it was pretty clear I would be a single mom … the kind that receives zero support of any kind. I have a stellar support system and village though, so this helped minimize some stress. I had help. I was working full-time for a new company. I had two part-time jobs. I was not enrolled back in school just yet (and my mom was concerned about this). I was determined to finish though. I knew it would be hard. But I wanted it, I really wanted it. I deserved that diploma. So I scheduled an appointment with an advisor and I asked her what is the quickest way for me to graduate? What classes did I need to get that piece of paper? My core hours were completed but my hours were all over the place when it came to slotting the buckets for a degree program. But we found a winner! General Studies with a concentration in Humanities. Lots of English and History classes (which are my favorite) so this was manageable. I continued to work full-time because I don’t have choice … daycare, mortgage, primary caregiver, etc. But I did trade in the part-time jobs for a part-time school schedule. I did two (sometimes three) classes a semester (including summer).

And this go round, I had a toddler!

I do know how lucky I was to have family help while I was working full-time, parenting full-time, and school part-time. I still have their help. But help doesn’t eliminate the responsibility you have over everything. You are still responsible for EVERYTHING. And everything is a wide hat to wear. Although toddlers are demanding, you figure out how to juggle Puffs, potty training, and papers. You learn how to dig deep to get a good late night study session in knowing you have a full work day and mom day ahead of you. You’re a mom so you’re really good at tuning things out, so you can have a good movie on in the background while you’re reading and highlighting giving the illusion of “me” time. Your kiddo will be your favorite study buddy and will think flash cards are cool! 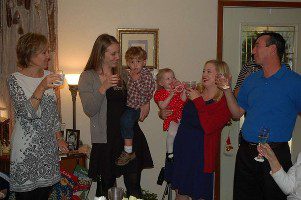 If you’re a mom and you’re enrolled in school, it’s because YOU want to be there. Your time is so precious, you only spend it on things worthy of possessing it. You’ve made school a priority because it’s important to YOU. You know the benefits you will gain, you know how it will change your life. Don’t lose that energy and determination. Don’t lose that focus. Keep your eye on that prize! This is something you are doing for YOU. This is YOUR thing and only yours. You will conquer the obstacles. You will be committed to success, not excuses. The journeys that brought us on this path are probably different, but our end goals are the same. Keep going! Because one day real soon you’re going to blink and seven years will have passed since you walked across that stage.

And YOU deserve that moment. You got this, mama! 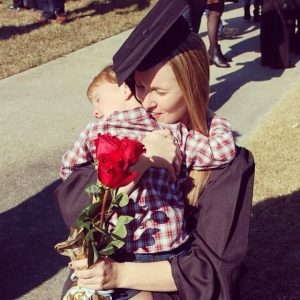