When I found out I was pregnant, I had already made up my mind that I would NOT breastfeed. I never knew anyone who did and I was not going to feel comfortable doing it. All I could think about was my boobs! No saggy tatas for me! No way! And what about the inconvenience of having to be with the baby ALL the time, or pumping milk, or having to whip out my girls in public! I just couldn’t. Nope. Not me. I was too bougie to breastfeed!

Then I met Nurse Nikki and she gave me some materials to look over. I still wasn’t interested. Soon after an article popped up on my newsfeed (what a coincidence right? lol), and it stated that breastfeeding rates for African-American women are significantly lower than other groups. I started doing a little research and found that my “bougie” reasons for avoiding breastfeeding were not bougie at all, but tied to a very real generational and cultural stigma. I realized that my hesitation to breastfeed was rooted in three things: lack of education, lack of exposure, and lack of encouragement. If breastfeeding was really what was best for my baby, I knew I had to conquer the mental and emotional barriers that were holding me back.

I called Nurse Nikki and she came to my house for a consultation. The more I learned about the benefits of breastfeeding my baby, the more determined I became to do it. The more I realized how our own cultural experiences and fears can impact our children’s future, I made up my mind that I would break the cycle with my own family and give 100% to breastfeeding my son.

Nurse Nikki was with me every step of the way. Not only did she educate me on the ins and outs of breastfeeding, she gave me the encouragement I needed to conquer my fears. I started to really believe that I could do it. I joined online groups with other breastfeeding moms, watched videos, and asked tough questions. The more I immersed myself in breastfeeding circles the more confidence I gained.

By the time my son made is grand debut, I was ready! Now this Bougie Momma was still shy, and I had to adjust to nursing in public places. I ordered the cutest camis, covers and even found hand held pumps. I took that pump everywhere. I pumped in my car, department stores and airports. I made friends with hotel staff and flight attendants. Who knew that you could get a free freezer in your hotel room to store milk? One of my proudest moments was traveling back from Vegas after a trip away from my son. Here I was the girl who said she would NEVER breastfeed and turned her nose up at the very notion of it – now traveling across the country with 100 ounces of breastmilk in her suitcase! Never underestimate the power of a mama on a mission!

I started to talk to other moms about breastfeeding. In my own way, I became an advocate. I found Facebook Group and a Breastfeeding Support Group for Black Women. I never knew these groups existed. Some might wonder why it’s important or necessary to have a breastfeeding group specifically for women of color. But the fact is, there are issues, obstacles, stereotypes, traumas, and differences between us that must be addressed directly and in a safe space. The fact that the breastfeeding numbers for African-American women were so much lower than that of other races indicates there were issues that were unique to that population. The separate groups are not to exclude others. They are merely safe spaces for people of unique populations to find answers and get support.

I am grateful for all the support I received during my journey into breastfeeding. Nurse Nikki was not only my nurse, she became my friend. My son is now 3 years old and I was able to nurse for 6 months and pump for 10 months in order to store enough milk to last until his 1stbirthday. Nurse Nikki Greenaway and Latona Giwa have opened the New Orleans Breastfeeding Center. The center is open to all and offers classes, support groups, breastfeeding circles, pumps, breastfeeding supplies and more.  You can visit their website for more information.

What I learned from this experience and what I hope those of you reading this will learn is that it’s important to do self-reflection and recognize the many variables and life experiences that can shape our perspective. Before you say “not me” – ask yourself “why not?” You might be surprised at what you learn about yourself. I know I was – when I learned that bougie moms can breastfeed too. 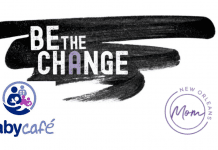 Breastfeeding One Child and Not the Other

How to Practice Self Care During the Coronavirus Quarantine

If Your Husband Died Tomorrow