I was raised in a household where manners were everything. I’m talking “yes/no ma’am,” “yes/no sir, “yes,” and never “yeah,” with “please” and “thank you” day in and day out. And of course, always apologize when you’ve done wrong (even if you actually haven’t).

There was no arguing about it. No chance to attempt to persuade the adult in the room that perhaps, maybe, an apology was not warranted this time. It was simple, clear cut: if an adult walked into the room and you were the last one to figuratively (or literally) throw a punch, the apology is on you, and you will say it. How you got to where you are –irrelevant.

I can recall so very clearly the injustice of it all. I would be absolutely fuming at the idea of having to say “I’m sorry” to a sibling who just moments before deliberately hit me, took my food, or broke something of mine, just because I was caught in retaliation (whether verbal or physical). The apology was never genuine — I loathed mumbling those words to someone who, but for their actions, the predicament would not have occurred in the first place. The amount of forced, fake apologies I have given is *astronomical.* The smirk the actual offender gave me afterward? Nearly worth another fake apology.

On the flip side, receiving a forced apology when accidental harm has actually been done is even worse than giving one. In situations in which I would accidentally hurt a sibling (or reverse), we would be immediately told, “say you’re sorry! Fix it!” We were, once again, not given the chance to explain how the accident occurred. It was instant guilt / misplaced accountability, even if the situation wasn’t within your control.

Having a sibling apologize to me for accidentally causing harm in a situation in which they lacked intent and had no control over felt strange, and seeing my sibling full of frustration and shame didn’t fix any harm done to me. I’m sure me forcing an apology out of my mouth didn’t fix the harm I accidentally caused them, either. Instead, we were now both emotionally hurt and confused.

Now with my own kids, I give everyone involved in a scuffle the chance to share their side of the story, and I’ve opted out of demanding apologies. Sure, I teach my children to say they’re sorry when the situation calls for it, but I figured out a different approach that so far has worked beautifully. 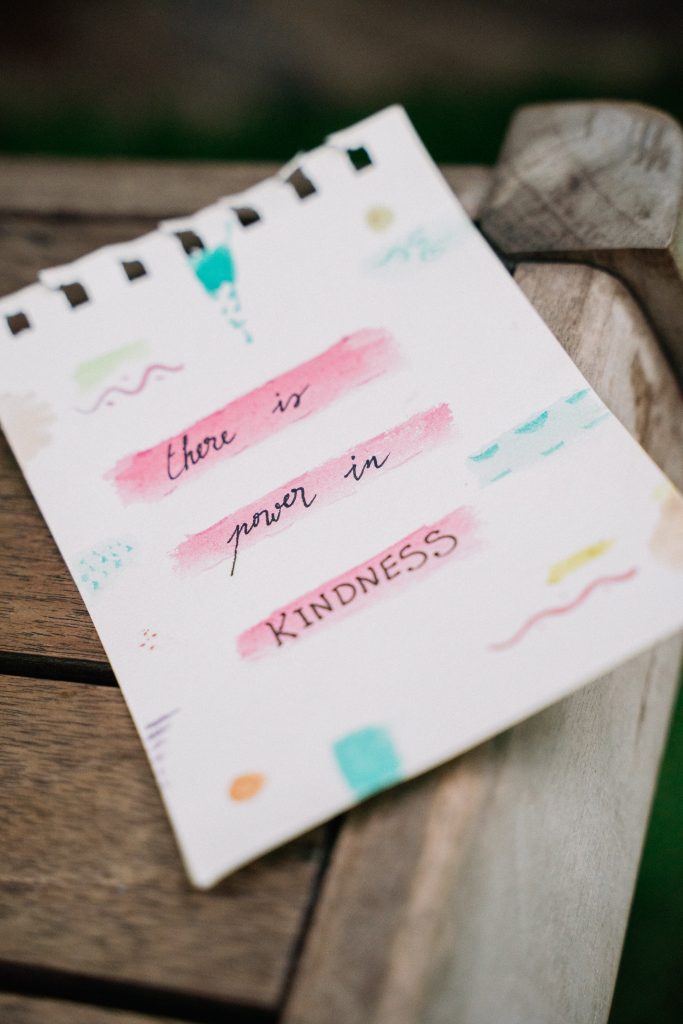 One of my daughters, J, was having a really rough evening. She took out her after-school frustrations on her sister, G, consistently from carline to bath time, culminating in the bathtub with a slap. I intervened, sternly reminding her to keep her hands to herself, and for the tenth time asked her what was wrong. She didn’t have an answer. G was very upset and was understandably crying.

This is where my programming wanted to yell, “WHY WOULD YOU HIT YOUR SISTER, J?! FIX IT! NOW! SAY YOU’RE SORRY!” And J would probably mumble out an angry apology, and the situation would be dropped because that’s what I know.

But I also know this doesn’t work; both G and J would still be hurt, still be angry with each other, and would probably act out again. So I told/asked J, “G is crying. What do you think you could do to help her feel better?”

J, after thinking for a moment: “I could be kind. I could stop being mean to her.”

Pause. This is the first time I had ever asked her this question. The four-year-old realized something most adults do not: changed behavior is an apology. The loudest apology. The type of apology that was honestly never given a chance to come to fruition in my family because no one knew how to do it. You can’t teach something you don’t know. For generations, demanding an apology was/is our norm. Already, asking for J’s input instead of forcing mine upon her had made a massive difference.

Me, taken by surprise: “Yes! Those are great ideas. Anything else? There’s no wrong answer, and your answer can be ‘no.'”

Me: “Yes! That would also be helpful. Wanna give them a try?”

…This is where I realized even though asking for her opinion was impactful, it did *not* change the tone of her voice or her intention. Only she could do that.

J, with genuine kindness: “Okay, Momma. I can do that. I’m sorry for hitting you, G.” 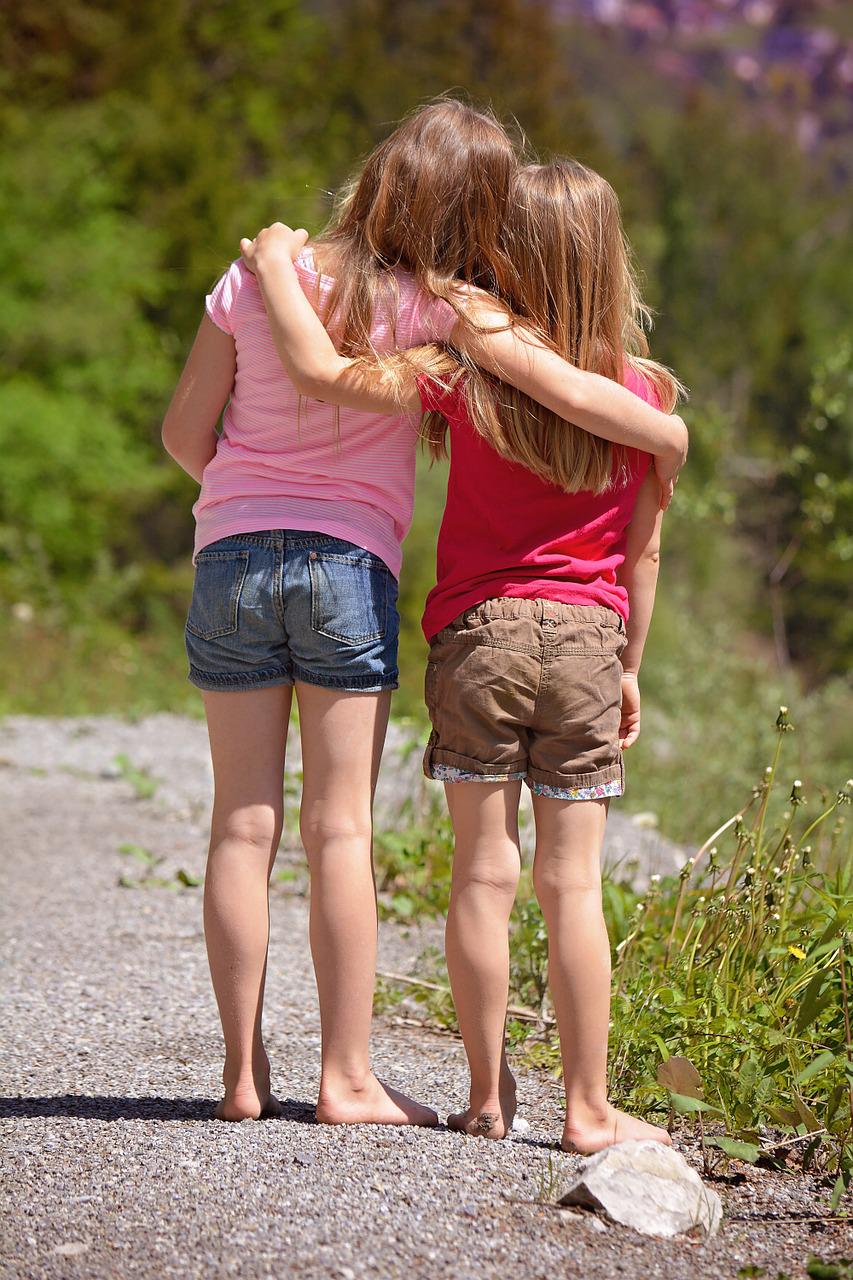 We resumed bath time, and right as I helped J from the tub, she threw her little arms around my neck and squeezed me tight, a big sob escaping her mouth.

J, letting all of her emotion out at once: “I’m having a bad day because my friend in going out of town and I’m gonna miss him and I don’t know when he’s coming back!”

I wrapped her tiny body in a hug in my lap, a bundle of cotton and wet hair, and her behavior for the last five hours suddenly made sense. My four-year-old was trying to process big emotions all day, and it had come out in small spurts of anger towards her sister.

Me: “Oh it’s gonna be okay, baby. Shhh. Is that what’s been going on all day? You’ve been sad about missing your friend?”

Me: “Okay, that makes sense. I’d miss my friend, too. He’ll be back soon though. Only a few days! And you can be brave and make new friends in class. We’ll figure it out together.”

J calmed down and we were able to get through bedtime incident-free. But what struck me was the way she held onto me, letting out her big emotions, unafraid. Our lesson during bath time somehow, someway, allowed J to figure out where her emotions were coming from, why she felt the way she felt, and she was able to communicate all of it to her mom effectively.

Maybe it was exactly none of these things, or perhaps all of those things at once.

All I know is not only did J’s relationship with her sister strengthen, but so did J’s and mine. And, I will go so far as to say that perhaps over the years as we consistently practice this method, J will learn to trust and regulate herself more easily than I ever did.

Maybe next time this won’t go so beautifully and it won’t feel so warm and fuzzy and blog-post worthy, but that night it did. And, just to keep it real, I’ll be sure to update here if this “Free Apology” approach blows up in my face. After all, I, like most of us, am making this up as I go along. 🙂