My jaw clenches. My hands curl into fists. My face tightens into a scowl. It could be any number of small indiscretions from my kids. Arguing not to go to bed. Whining not to have to do homework. Splashing too much in the bathtub. But the end result is always the same, just to different degrees depending on the exact nature of the crime, how cruelly work had treated me that day and how many hours I’m short on sleep. My voice rises into a shout, words containing bile and profanity. My fists smack the table for attention. My children’s faces twist into fear or their eyes immediately well with tears. Every time, I’m reminded of the monster I feel I am.

I am not a religious person these days, but I was raised as such, and a couple of verses that have stuck with me have God proclaiming how he will punish the children for sins of the parents for three and four generations, and I have spent much of my life wondering which generation I fit into. My father was angry, as was his father, and his father before him. Men full of sound and fury, with the old guard having fists and feet to match their bluster. My father was not physically abusive, nor am I, but I can replay the times he lost his temper and the words he yelled, the names he screamed, as easily as I can play a video clip from YouTube. After the outbursts, during sessions of apologies and tears and hugs and kisses and “I love you’s,” he would tell me how hard he was working to stop the cycle of anger and how much better I would be with my kids to end this family curse altogether. Twenty years later, and I feel like I have already failed, continuing to hold back the waves of violence but unable to resist the tide of anger. Just another lost man guilty of Wrath and continuing the multi-generational fight against one’s own temperament.

Early on during my nearly two decade on-again, off-again relationship with therapy, I read a book entitled  Wild at Heart by John Eldredge. In it, he describes how men are left deeply wounded, usually by their own father, early during their journey into masculinity, and leaves them angry or passive. The entire reason I was initially sent to therapy was to attempt to repair this wound, yes, delivered by my dad. The book is Christian, so of course the answer to everything is “God,” and it also has some antiquated views on every man needing “a beauty to rescue,” but I still believe that one day I could produce some irreparable harm to each of my sons and make them angry men, continuing the cycle to my grandchildren and their children’s children.

I do not know if one day my oldest son will be able to bring up the words I yelled or the names I screamed as easily as pressing the familiar triangular “Play” button; it breaks my heart to think that those might one day be his strongest memories of me. My only solace is he already seems to be more resilient than me. Because after the sessions of apologies and tears and hugs and kisses and “I love you’s,” it is as if nothing ever happened. At this point I am still his hero, his dad, and not the monster I see in myself. I hope I am able to show him enough glimpses of how a man is supposed to act in our time together, whether it be building elaborate and impossibly tall marble runs, cheering together at Pelicans games, or deep superhero discussions, and it is those moments he keeps locked in his memory bank, so he is able to one day be the father I wanted to be and make me the final link in a chain of angry men. 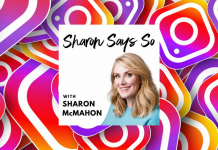 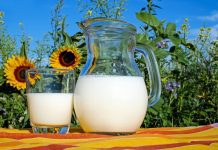 How to Prepare the Fur Baby for the Human Baby

To Keep Or Not To Keep All Those Clothes: Practical Tips...