I should start by saying that I am a HUGE animal lover … specifically dogs. I have picked up many a stray on the side of the road. I’m not really sure why. My parents don’t dislike animals, but they certainly don’t have an obsession like I do. All I know is that rescuing animals has been part of who I am for as long as I can remember.

My first true “rescue” was a puppy that my high school boyfriend had found on the side of the road, and I decided I just “had to have.” We named him Max, and he lived with us / my parents until his passing at the age of 17. In college, I adopted my own pup from the Hattiesburg Humane Society, and I named her Maggie. She was one of the first true loves of my life. That dog was with me through my biggest life changes. She saw me through college, followed me to PT school, endured the addition of several more dogs, a husband, and 2 kids into our lives … and never wavered in her loyalty. A little piece of me died the day she crossed the rainbow bridge. Even though I knew it was time, and I knew she was ready, 17 years still just didn’t seem like enough time.

In addition to Maggie, we had Peanut (a miniature dachshund who I acquired from a friend who knew someone who was bringing his litter to the pound), and Oscar (a grumpy, old dachshund mix my husband and I found wandering around our apartments when we lived in Tennessee). Finally, there’s Bella (my husband’s dog at the time we began dating). She is a beautiful chocolate lab and is the only non-rescue of our pack. And quite the pack it was. The house was always loud, and dog hair was never in short supply, but it was such a fun little family. 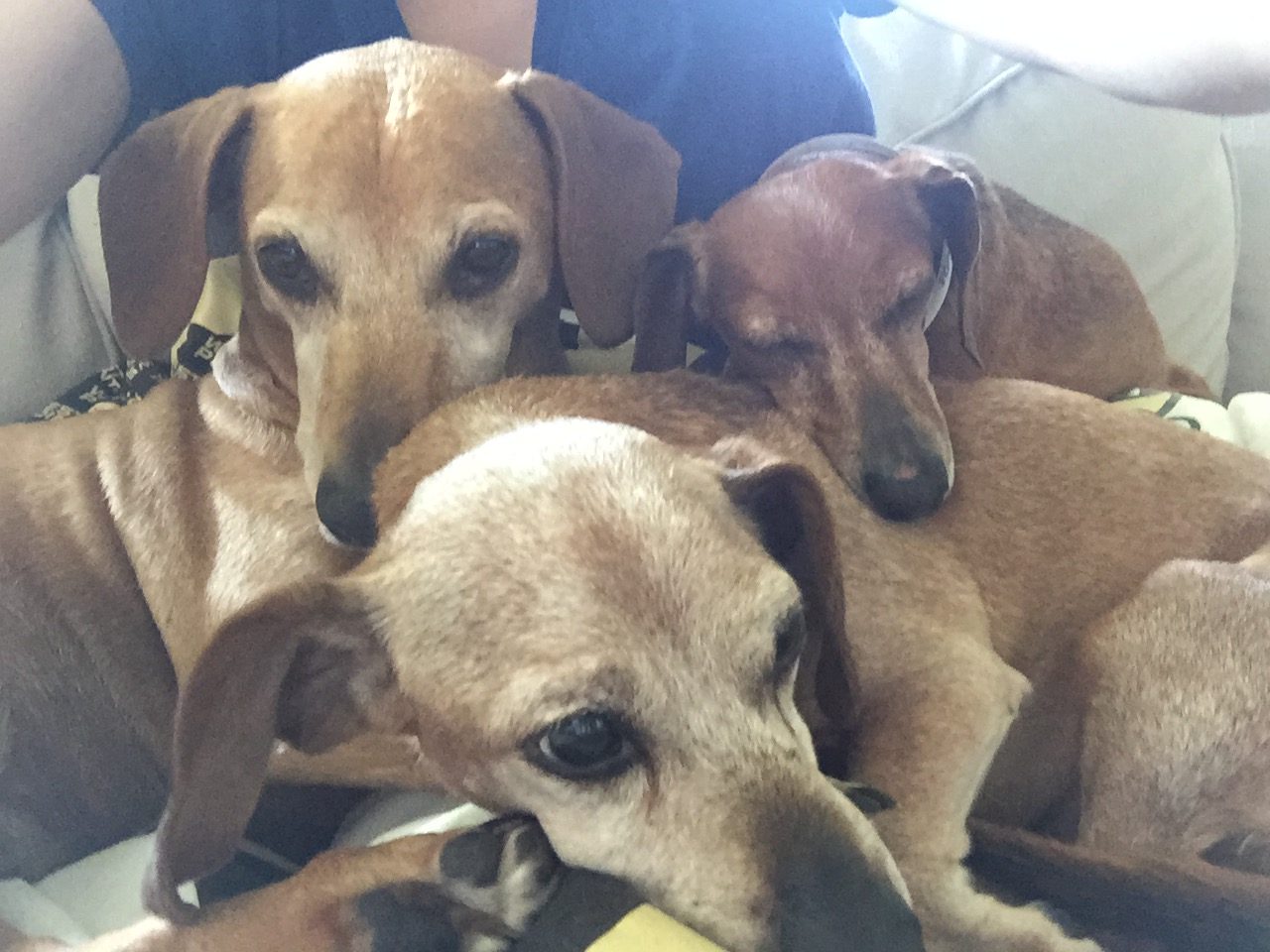 Maggie, Peanut, and Oscar have all since passed over the rainbow bridge, but sweet Bella is still with us. I must admit, however, that she took the loss of her furry siblings extremely hard. For the last 7 years, it was just her and Maggie. So when Maggie passed, she was devastated. I tried more frequent walks and more snuggles, and I even bought a heartbeat bear for her that was supposed to mimic the feeling of an actual heartbeat. Still, nothing seemed to help her grief. The kids, myself, and my husband were all struggling with the loss as well.

That’s when I decided it was time to adopt again. So, I began looking on petfinder.com and I stumbled upon several dogs that seemed like they might be a good fit. We filled out the applications and waited. Finally, someone from ARNO (Animal Rescue Of New Orleans) reached out to us and said we could come to take a look. After several meet and greets with both Bella and the kids, we finally found Tater Tot (formerly Marshmallow) and knew he was the right fit. But here’s the funny thing … he wasn’t any of the dogs we had initially gone to look at. 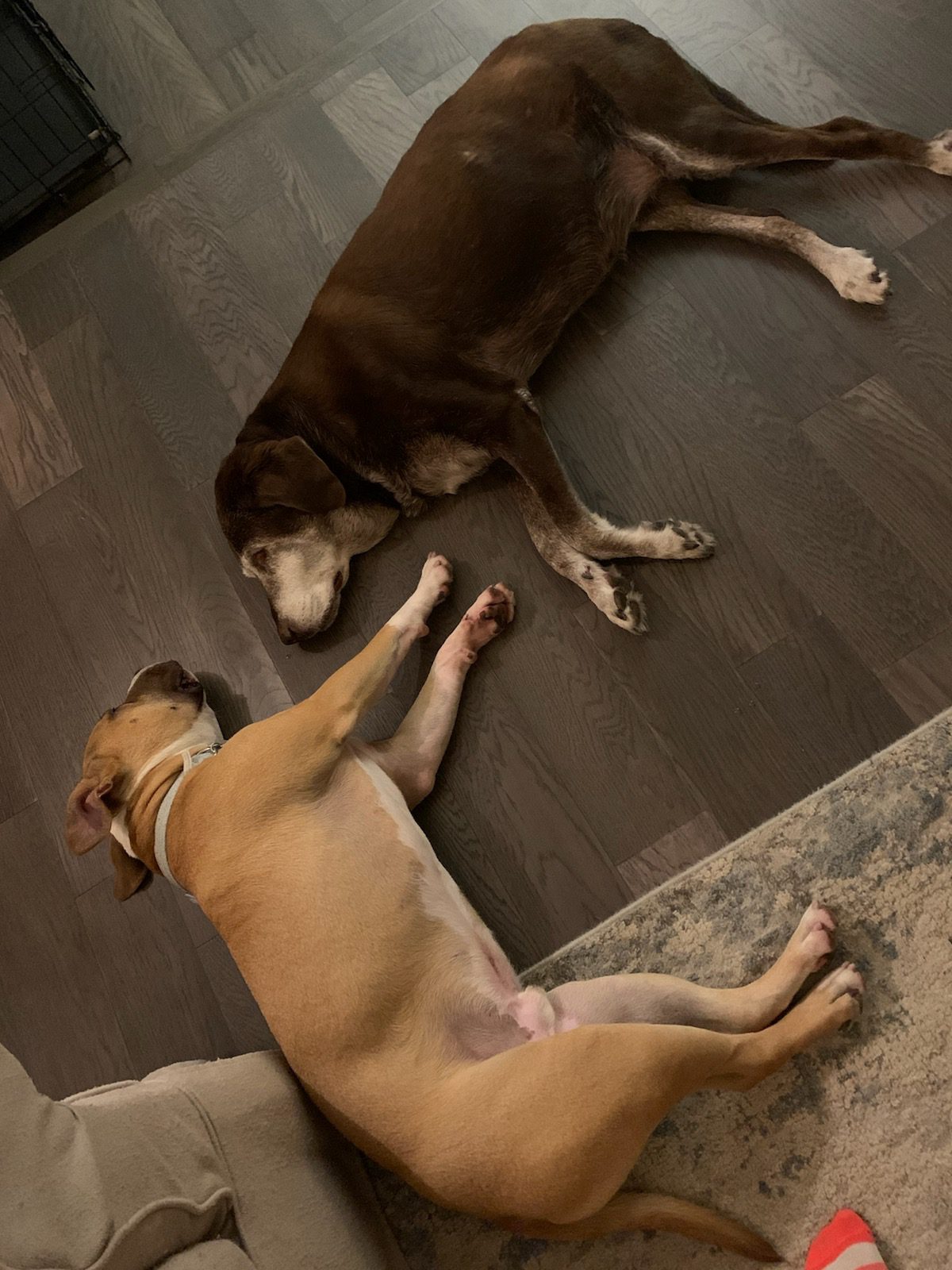 And that has been true for all the dogs I have adopted and/or taken in. Not a single one has been expected or planned. It’s almost as if they picked me. None of them have been alike in appearance or personality. We have had females and males, small dogs and big dogs, mutts and purebreds. But there is one thing they ALL have in common. They are all sooo incredibly grateful. You can see it on their faces when you take them home for the first time. Their entire demeanor changes once they realize they are finally home. They go on to spend the rest of their lives displaying that gratitude with more love than you could ever imagine. There is not a single night that Tater Tot doesn’t lay with my daughter until she falls asleep. Once she is asleep, he goes down the hall to check in on our son before finally jumping into our bed for the remainder of the night. He adores the kids, and can often be seen riding shotgun with me in the carpool line for pickup. He has protected me from aggressive dogs we have encountered at the park and is always on high alert when we go on our evening walks. 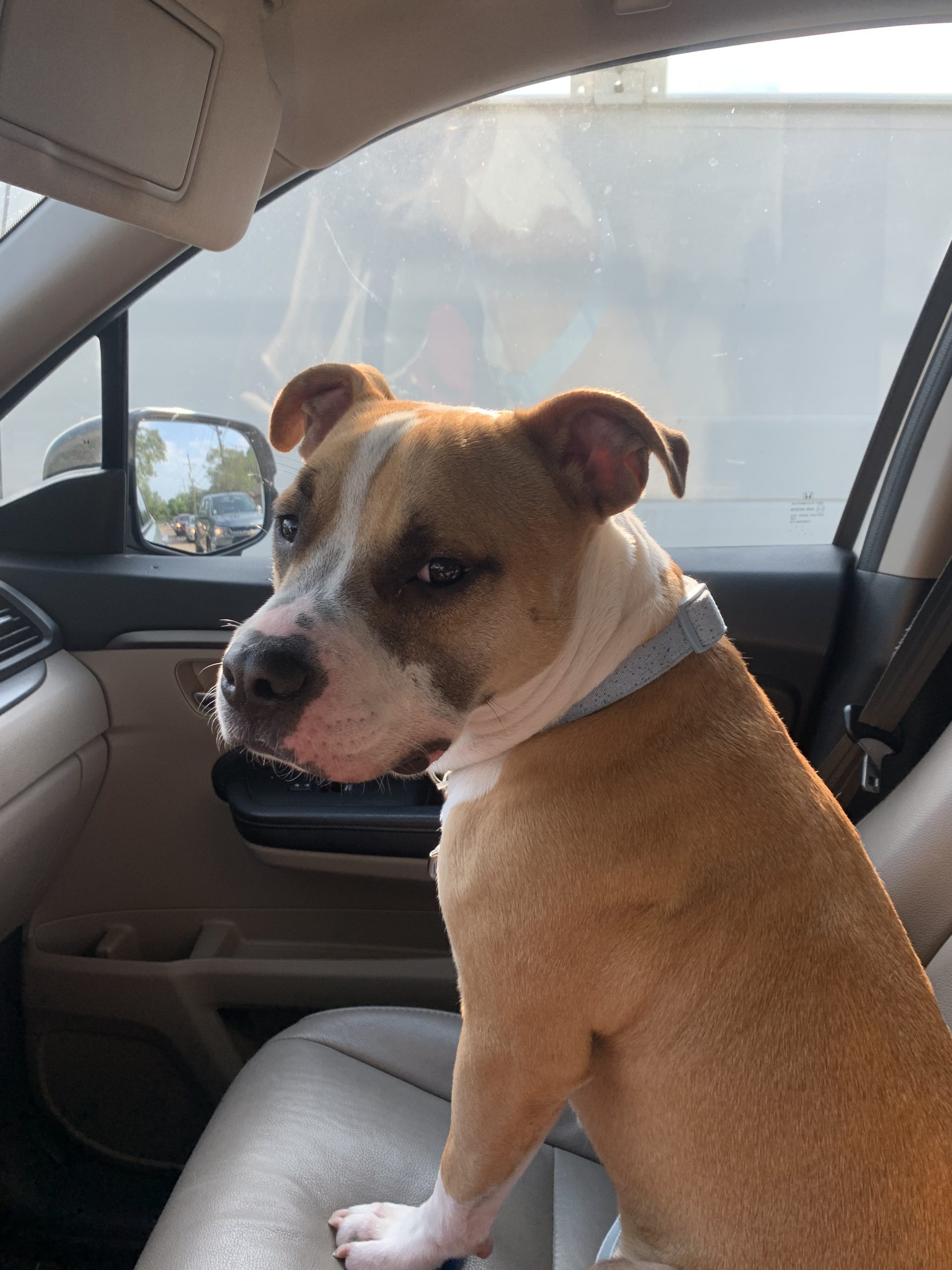 He is a goofy, big-headed, and gentle giant, and we love him so much. And ARNO was great to work with. They took a lot of time with us to find a dog that would be the right fit for our family and to ensure that we would be the right fit for Tater Tot. They stayed in communication with us after the adoption to make sure things were going smoothly once we were home, and I still send them pictures of Tater Tot on occasion.

So, if you are considering adding a dog (or cat) to your family I highly recommend considering adoption. We chose to work with ARNO, but there are several local organizations to work with. We promise it’s worth it, and your fur baby will forever be grateful.

Why Disney Is My Favorite Family Vacation … And No, It’s...