A Semester Into Being a College Mom :: One Mom’s Reflection

If I could summarize my personal experience of my oldest child being away at college into four words, it would be: “sleep more, worry less.” I will say that life has changed a bit since my son, the oldest of four, has been away at LSU. Below are some of my reflections.

First, I have to say that the summer between his senior year of high school and dropping him off at college was brutal. What do I mean by brutal? This is the time when he was beginning to assert his true independence. He had just turned 18 and was simply “done” with the rules and regulations of his high school. Being a high school graduate meant no more uniforms, no more mandatory haircuts and no more mandatory shaving necessary. In essence, he was an adult, and he would have to decide when it was time for him to do certain things. This is when the late nights really began in terms of him going out and meeting up with friends. Because the pandemic hit during his sophomore year in high school, I felt like he was doing a lot of catching up on all that he had missed. Enter the late summer nights and constant socializing.

When move-in-to-college day came, I was flooded with emotions, but I knew it was time. He was ready, and so was I. A few things changed in our household that made it easier to sleep more and worry less. To begin with, we shifted to the dynamic of being a family of five at home. With our eldest gone, we had to learn a new normal. Believe it or not, with just one gone, the house became much quieter, and – of course – the laundry load became a little less. My youngest son gladly took over the room that he and his brother shared since age 4. In addition, we found ourselves going to sleep earlier because we no longer had to worry about waiting up for him to get home. We were finally getting more sleep! Having a graduated high school senior is indeed like having a newborn again with the hours they keep.

Now that he was not living at home, I had to learn to relinquish Life 360 and just trust. I will admit that when he was first away, I would check the Life 360 app to make sure he was where he was supposed to be in relation to his class schedule and not staying out too late on school nights. After the first couple of weeks, I had to let it go and trust that he was now an adult and was responsible for his own actions. I once had a quote taped on the 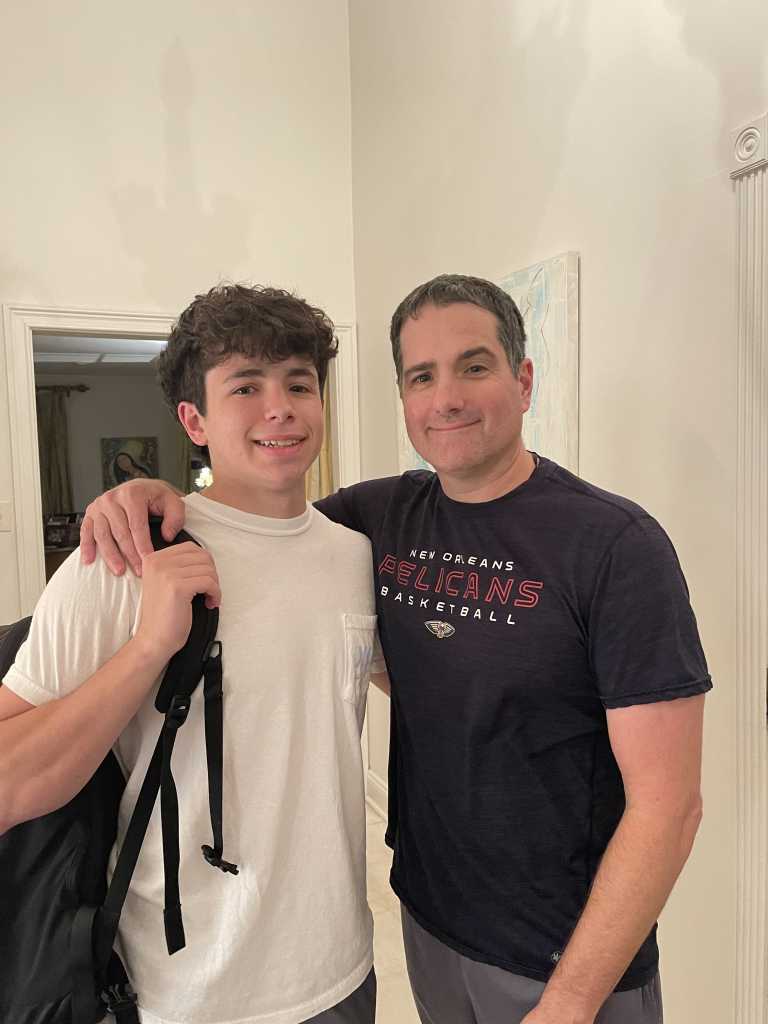 back door of my house that stated, “Today’s actions are tomorrow’s consequences.” Every time my children walked out the door, they would see that sign in black sharpie; you could not miss it! I just had to hope that he had that message engrained in his brain. Aside from this, I felt that his high school truly prepared him for taking ownership and pride in his work and being accountable for the tasks that needed to be done. The main person he must answer to now is himself. Finally, I can worry a tiny bit less! He had the foundation he needed to be successful away from home.

As for my son’s adjustment, the first time he returned home was Labor Day weekend, and he was so excited and relieved to be home. He now saw home as a retreat from the busyness of college life. In addition, he was excited to see his siblings and catch up, even offering to pick them up from school and other activities. He also surprised his sisters in early November by coming home to celebrate their birthdays which are only a day apart.

One thing we are currently working on is setting some rules and regulations now that he is home on holiday break. We have each created a new rhythm to our daily lives while apart. He has been enjoying the freedom of his college life, while we have enjoyed a less chaotic pace of life by keeping track of one less kid at home. One common goal this holiday season is to enjoy our time together. The house rules are a way to keep our family sane and provide our college-age son with the space he needs. Prior to him leaving for college, my last words were “Don’t forget to call ya momma!” but now I remind him while at home that “If momma ain’t happy, ain’t nobody happy!” 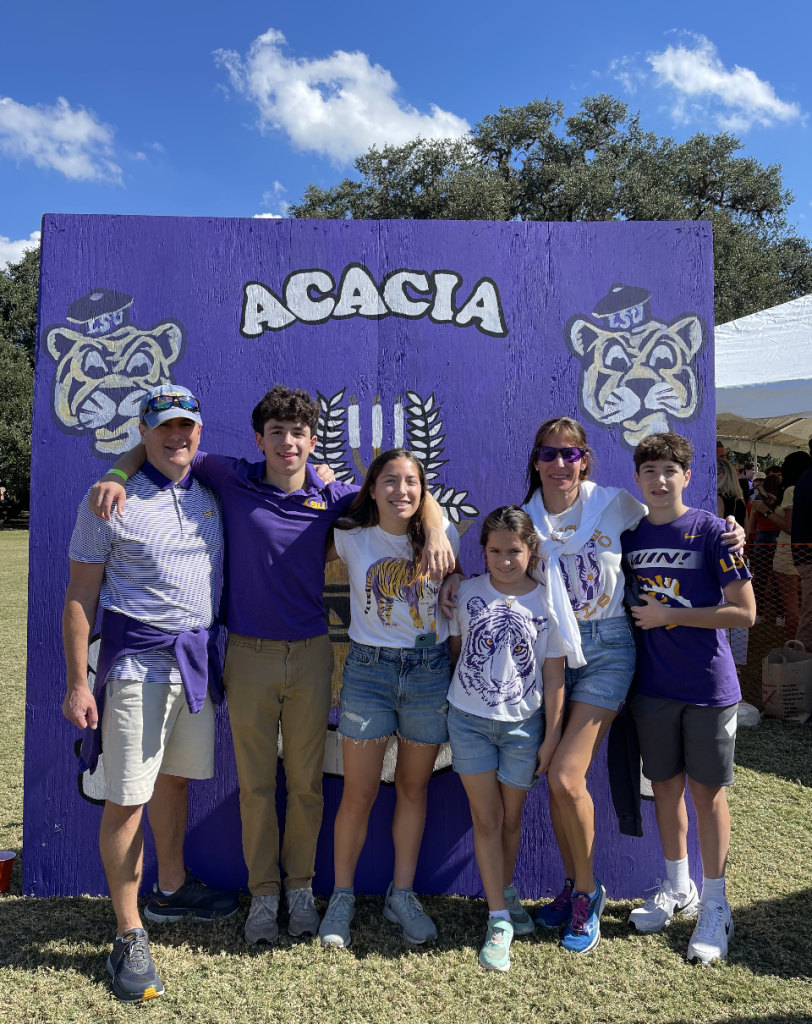 Vivian Marino is a stay-at-home mom of 4 kids ages 18, 17, 14, and 9. She’s been married to her husband Mark for 19 years and they live in the New Orleans Lakefront area. When she’s not busy attending football games, soccer games, or doing endless loads of laundry, she enjoys her weekly date nights with her husband and spending time with her kids doing outdoor activities. She also writes for the Clarion Herald and NOLA Catholic Parenting. Her passion is all things fitness given that she has her Master’s in Exercise Physiology. On any given day, you can find her doing her favorite Hour Blast class or trying any new workout out in town. During the summer months, she hits the mountains and the trails doing what she loves the most … hiking! The harder the climb, the better the view!

5 Things That Surprised Me About Pregnancy