When I was growing up, Christmas was always a pretty big deal in my house. I always looked forward to the holiday season because it involved gathering with both sides of my large extended family to eat, play, talk, and eat some more. And while these memories are the ones I cherish the most, it was never lost on me how many gifts I would receive either. A large extended family meant lots of gifts. Add to that the fact that my mother’s love language is gift-giving, and she wanted to give my brother and me all the things and experiences she didn’t have as a child, and Christmas was often more like gift-a-palooza for us.

When my husband and I started our own family, we definitely had the mentality that we should start our own traditions, but that thought process was more about not exhausting ourselves hopping from house to house, trying to make everyone happy, than about gifts. Instead, our approach to gift-giving was heavily influenced by our own childhood experiences, and Christmas quickly became an out-of-control, overwhelming, self-competing monstrosity.

In the years since I had my first child, I’ve come across several Christmas practices and traditions that I wish I’d adopted before my kids understood the concept of Santa. Many of these cut down on the clutter and chaos of the holidays, the very things that turn me into a Grinch in a season I used to love so much. I’ve been able to incorporate a few of these practices into our holiday traditions, but some of them will have to wait until my kids understand the truth about Santa’s magic, because their expectations of him are too firmly established. Maybe in sharing them now, though, I’ll help future moms avoid the chaos that can suck the joy out of the holiday.

The Santa gift exchange helps children participate in the magic of giving during Christmas while simultaneously reducing the clutter before more of it makes its way into your home. On Christmas Eve, children are encouraged to leave their old, unused, and worn-out toys under the Christmas Tree in exchange for the new toys Santa will bring them. Parents can choose to frame the reason for this however they want, but the general idea is that Santa collects these toys and takes them back to his workshop, where they are fixed, cleaned, and distributed to other boys and girls the next year. Kids get excited that their once-loved toys will be loved again, and mom and dad get to reduce the number of toys overwhelming the house by donating those old toys to organizations (or the trash bin). If you want to make this extra fun, you can even get special Santa bags for your kids and encourage them to fill the bags up in the days leading up to Christmas.

One word of caution before you adopt this tradition: supervise what your kids put in the bag. They can get overzealous and give away toys that you know they’ll miss or toys that relate to the new toys Santa will bring them. 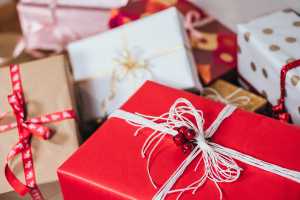 The 4-gift rule suggests that children, or anyone for that matter, should get 4 gifts for Christmas (or any other gifting holiday): Something they want, something they need, something to wear, and something to read. It is such a beautiful concept because it teaches kids to focus on the significance of a few gifts, to choose wisely when asking for gifts, and to value useful and productive items over trendy gifts. It also helps cut down on all the stuff that enters the house every Christmas. And while it sounds like a very exacting rule, the rule can be applied to anyone who would usually contribute a lot of gifts. For example, I could say that Santa is limited to 4 gifts, the immediate family is limited to 4 gifts, and grandparents who like to spoil are limited to 4 gifts. In the end, kids could still get 12 gifts, which is still a lot, but they’re useful and it’s still not nearly as many as they might get if the number of gifts went unchecked.

Parents Should Get More Credit Than Santa

One “tradition” from my childhood that I regret continuing as a parent myself is the tradition of giving Santa all the power and credit for making Christmas morning magical and exciting. On Christmas Eve, we would unwrap our one present from our parents, and then on Christmas morning, all of the packages under the tree would be from Santa. These Santa gifts usually included the items we most wanted or that would have been the most expensive. As a mom, I’ll admit, that I’ve grown a little resentful of the credit that Santa has received for making Christmas so magical. Instead, I wish I had limited the number of gifts that came from Santa, not only to reduce his power but also to reduce my own children’s expectations of what Christmas magic can deliver. Santa can bring 1, 2, or 4 gifts, but he shouldn’t be the primary gift giver.

Expensive Gifts Should Not Come from Santa

This one is less about what is good for your own children and more about the impact it has on other children. Basically, if Santa’s elves are making all the toys, then why can they make an iPad or hoverboard for one child and not for another? A child who believes may feel that they weren’t good enough to deserve an iPad when the reality is that their parents simply couldn’t afford one or didn’t think the child needed one. That child wouldn’t equate behavior with expensive gifts if the friend who did get an iPad for Christmas got it from their parents and got clothes and art set from Santa – you know, the things it actually makes sense that elves would be able to make in a workshop. This is also another great reason to reduce how many gifts Santa gets credit for in the first place. 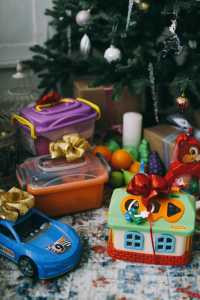 On Christmas morning, my brother and I would rush downstairs and immediately run to our gift piles under the tree. It was always easy to determine whose pile was whose because our gifts were wrapped in unique wrapping paper. This is a tradition I have enjoyed continuing. I love finding distinct wrapping papers that clearly reflect my daughter’s different personalities and interests,  but finding time to wrap the presents and figuring out what to do with all of the leftover paper that I can never use again, can be a little frustrating (is Beta club wrapping gifts again this year?). It was only recently that I discovered several of my mom-friends don’t wrap Santa presents at all. When I asked how their kids knew whose pile was whose, they usually stated that the gifts were clearly separated, and a tell-tale gift was usually placed in front. Honestly, I’ll probably still keep wrapping my girls’ gifts in special paper, but maybe I’ll use a little less paper by leaving the big and awkward packages unwrapped.

One gift that can’t be wrapped is the gift of an experience. I remember my mom telling me once that intelligence is a matter of experience, not knowledge. So, when I gift my kids an experience, I tell myself I’m improving their intelligence, not just avoiding more clutter. Gifts of experience can come from anyone, though I recommend it be aligned with the rule about the expensive gift not coming from Santa. Santa can certainly gift a yearly membership to the Zoo or a day trip to a water park, but Santa should not be on responsible for sending everyone to Disney World. If you have relatives nearby that have a tendency to add to the clutter when they give gifts to your kids, encourage them to gift an experience that they take the kids to, like ice cream and a movie. It gives them and your kids an opportunity to bond, and it might just give you a few hours off some day.

The Elf is Optional

My aunt had young children just as the Elf on the Shelf made it big. Her boys loved the Elf, and she took great joy in coming up with new hijinks for their Elf to get into. When I had my oldest, she asked me if she could send us an elf. In her defense, she did ask, and I did say yes, but I quickly realized, I hate the darned thing. I am just not the mom who is going to make a mess with powdered sugar that I have to clean up the next night just for a few giggles from my kids before they leave for school. Since I hate clutter, we don’t have many surfaces in our house, which makes finding a new location for the elf every night quite a challenge. And I have no shame in admitting that, if I get in bed and realize the elf hasn’t been moved, I put my finger to my nose and yell “nose goes!” so that my husband has to move it. While I fully appreciate the joy my aunt thought she was gifting us, if I had to do it all over again, the Elf never would have entered our house. And I usually advise new moms against adopting one themselves. 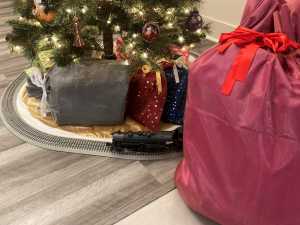 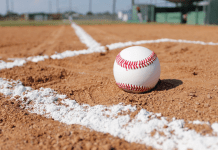 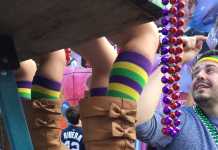 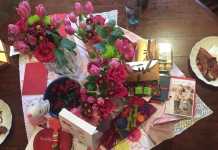 We Don’t Say That