Author’s Note :: this post details our personal experience with cyclic vomiting and abdominal migraines. If your child is experiencing similar symptoms, please seek medical advice from your pediatrician.

Kids are weird. Their little bodies go through and do some strange things. We have encountered a couple strange medical things and they always leave me scratching my head.

When my daughter Lexi was about three or four years old, she started waking in the middle of the night and vomiting. She would wake up between midnight and 3am and throw up, then go back to sleep like nothing happened. No fever, no other symptoms, she wouldn’t even remember it in the morning sometimes. We thought maybe it was food related, so we started tracking it. We found there was nothing in common with when it would happen and what she was eating, so then we thought maybe it was dye related. Or even artificial coloring. Still nothing made sense. She eventually outgrew it around four to five years old.

My son is more difficult on the medical side of things.

He was born with one kidney, we think he may have been staph carrier, and he had a bone infection at a year old. At around two and a half years old, he started getting bad stomach pains and vomiting. His was different than Lexi’s though. It was usually in the afternoon or evening, but it was usually accompanied by severe stomach pain. The first time it happened, the paranoid mom in me thought it was appendicitis. So we took him to the ER, they gave him Zofran and ibuprofen and then sent us home telling us to follow up with a pediatric GI doctor.

We made an appointment with the GI and talked about a variety of things that it could be. She wanted to do a couple tests but we didn’t feel they were necessary at the time so we decided to wait. These episodes were extremely random; they weren’t happening weekly or anything. We mentioned what we experienced with our daughter, and she briefly said it could be stomach migraines and cyclic vomiting. For our son Abram, it is interesting because he gets a stomach migraine the day after his yearly check-ups on his one kidney. We couldn’t figure it out until I did some research.

Stomach migraines can be caused by stress or anxiety, and these appointments made him anxious! Bingo!

He kept having them and they were so nerve wracking, we decided to take him back to GI to get her thoughts. We decided at this time to do the scope to verify that it wasn’t anything major. Thank God all his results were normal! We also noticed a correlation between dairy products and these episodes. Anytime he eats dairy, he gets sick shortly after. We decided to cut dairy out of his diet, and we haven’t had any issues since then.

I’ve talked to a few other people whose children have cyclic vomiting and / or abdominal migraines. and they didn’t know about them previously either! I wanted to share our experiences since it concerned me for such a long time. Maybe our experiences will answer some questions you may have about your child and their random vomiting episodes. 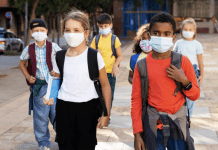 What Living with a Diagnosis for Two Years Has Taught Me