I’m a movie buff. Give me a good drink, a nice comfy space to relax, and a good move. That’s my relaxing time. Movies give us a sense of adventure, hope, love, and so many feelings. I love a good book as well, so when they make a movie created from a book, that’s a new level for me.

In continuing my summer movie series, next on the list is Disney’s Luca.

Have you seen Luca on Disney+ yet?

At first, I wasn’t really getting into it. But the more I watched, the more it started to grow on me.

Luca is such a sweet movie. A‘Nylah (my daughter) ask to watch Luca every time we get home at the end of the day. We’ve literally watched it 4 times now since it came out. The release date was June 18th and I’m writing this post 6 days after the release date. (That says a lot right?)

What is Luca about?

Luca, a sea monster boy living off the coast of the Italian City Portorosso, meets a friend Alberto who gets him to come out and explore the human land. As they can magically transform into humans out of the water, they become friends as they bond over recreating a motor scooter.

Sn; the town has a fear of sea monsters and you can see many posters for rewards if anyone in the town finds one.

After his parents discover his whereabouts, they plan to send him to the deep sea with his Uncle. Luca retaliated by running away with Alberto to Portorosso to find a Vespa and travel the world. They soon meet Giulia who takes up for them after an encounter with a town bully Ercole, and they become teammates in the annual triathlon in order to win money for the Vespa. The story goes on with Luca learning more about the solar system and school and wanting to explore new things in the human world. During the triathlon, the town discovers that Luca and Alberto are sea monsters. But later, they learn to accept them as friends.

My take from the story

I enjoyed the story concept of Luca. It’s a fun summer movie, which makes me want to  actually visit Italy, but it also makes me appreciate summer. Kids playing and having fun and the close community bring a smile to my face. I also noticed how Luca wanted to learn more about the world around him; it’s interesting how kids see the world. Yes, it’s huge, but in their eyes, there is no limit. Luca was living in an underwater world; he knew there was something bigger out there, and he wanted to learn and grow.

Another big takeaway from Luca is learning acceptance. It is hard to live in a town where you have to hide who you truly are. In the movie, Alberto tries to prove to Luca that people are going to be afraid of them no matter what. When he revealed himself to Giulia, at first, she was shocked, but she cared enough about them to understand that they are friends and she accepted them. Towards the end of the movie, the sea monsters were exposed, but the town embraced them.

This must see summer movie not only offers glimpses into childhood fun, but also exploring other cultures along with learning the meaning of acceptance!

Be on the lookout for more summer movie suggestions.

Have you seen Disney’s Luca yet? What was your take from the movie? Let’s chat about it! 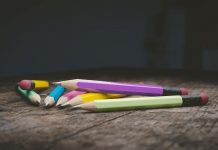 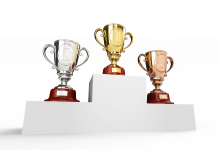 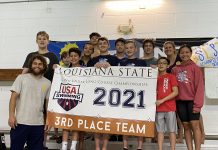 Hair Love {It’s Okay to Be You}

Save Room On Your Phone :: Ways to Store Your Photos