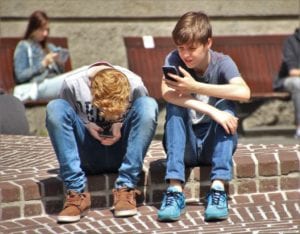 I’m not sure how to navigate this part of parenting. I don’t mean to play the triplet card yet again (that’s a lie, I just love playing that card – it gets me out of all sorts of jams) but I don’t get eased into it, one kid at a time. I don’t get to practice on one kid, and then if I screw that one up, I can try to do better on the next one. Oh no. I have to get it right on all three kids at the same time. Ack!

So forgive me if I get this part wrong, but here’s my strategy so far.

1. Bought a book a few years ago on “how babies are made.” Left it lying around. Kind of awkwardly pointed towards it and said, “uh, you can read that if you want.” It was ignored and is gathering dust on their bookshelf.

2. Buy a stick of all-natural deodorant. You know, just in case.

3. Found a class at the Parenting Center for dads and boys. Tried to sweet talk my husband into taking them. Haven’t succeeded yet.
3b. Get husband’s friend with similarly aged-boy to take his kid also. That way, they can all giggle through the class together, and get beer together afterwards. (Just the husbands. Probably.)

4. Bought another book. This time it’s about puberty and sex and hormones and all sorts of stuff. It’s still in the Amazon package. 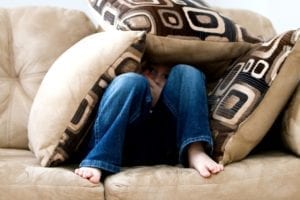 5. Took one kid to lunch. Had a surprisingly great chat with him about the changes that he’s going to be going through in the next few years. Said the word “sex” without blushing or stammering. Explain he’s going to have a lot of feelings and emotions, not all positive, but that it’s totally normal. Afterwards, he says, “thanks for talking about that stuff with me. I’ve been wanting to bring it up, I knew we needed to talk about it.” Literally feel like the best mom in the entire world. Am on cloud nine.

6. Realize he’s probably going to tell his brothers to expect “the chat” at their upcoming lunch dates, and predict it won’t go so smoothly. Lightning doesn’t strike twice. Or three times, for that matter. Oh well. One out of three ain’t bad, right?

7. Wait in terror for body odor, pimples, and all the other trappings of puberty.

So right now we are teetering between boyhood, when I can still kiss their smooth, still slightly chubby cheeks at the bus stop, and the teen years, when I won’t even be needed to see them off.