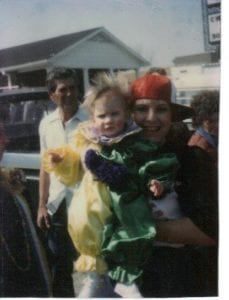 I admit it. I’m not a fan of Mardi Gras. And I know there are many (at least several, maybe) of you out there that feel a hint of solidarity when you hear someone else say they do not like Mardi Gras. Props to those Mardi Gras Moms who are hardcore about seeing every parade Mardi Gras week and actually making it to Fat Tuesday to get a coconut at Zulu. That’s not me, though.

I grew up right outside of New Orleans. When we were much younger, my parents took my brother, sister and me to a few parades a year. I rode in a parade when I was 10. Later on, in high school, I marched with the cheerleading squad in parades and also attended parades as a viewer through both high school and most of college. And it was fun. I love all of those memories. But, somewhere along the line, I stopped enjoying having plastic trinkets pelted at me.

How does a non-Mardi Gras Mom who lives in New Orleans survive Mardi Gras season? Glad you asked.

I’ll be honest – I enjoy baking king cakes even when it’s not Mardi Gras season. I know, I know – it’s blasphemous to enjoy a king cake outside the official season, but don’t worry – my New Orleanian card was revoked awhile back as I have only been to one Saints game ever (and it was a preseason game, to boot.) Anyway, I enjoy making my own king cakes and bringing them to parties and work. I use this Holly Clegg recipe, but substitute the crescent rolls with Pillsbury cinnamon rolls.

Alternative: Not a fan of baking? Pick up a king cake from Randazzo’s (or your own favorite bakery … because we all have our own opinions about who has the best king cake.)

Count the Mardi Gras Hans Solos on the Parade Route

You may give in to one or two parades a year, and that is ok. Make up a game. I count the number of MG Hans Solos I see along the route. Mardi Gras is the only time you will ever see a group of females dressed exactly the same (when not actually in costume) and be ok with it. I first noticed this trend 2-3 years ago because I do hit up a parade every now and then. You know the look – the Perlis purple, green and yellow striped polo worn with boots, tights and a puffer vest. Last year, I counted up into the high twenties on the Saturday before Mardi Gras. [Disclaimer: I looked for a knock-off Perlis shirt because I like the look … so I’m not knocking it!] 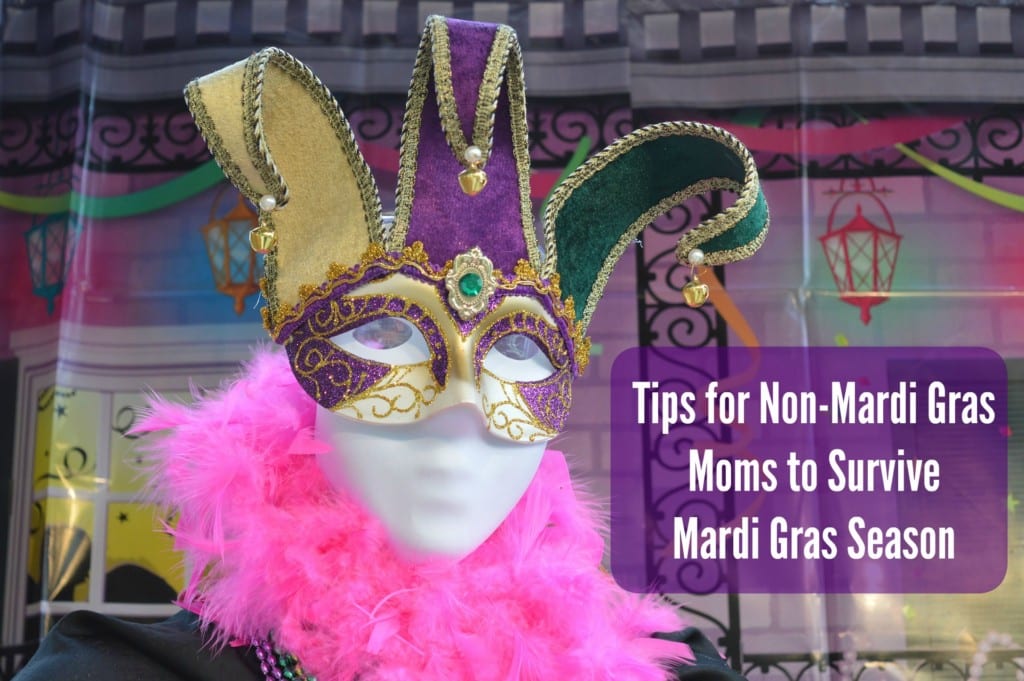 Alternative: Turn the above into a drinking game.

Pull out the Hot Glue Gun

Chances are, your child’s school will likely do something related to Mardi Gras, especially the younger ages. Most schools either have a parade of wagons where you decorate a wagon as a float, or at the very least, make shoe box floats. This is perfect for some quality time with your child. They can help decide on a theme and pick out some of the elements that will go on the float, but your expertise is needed in order to make the vision a reality. Put in as much or as little time as you can and want to. Your kid will be proud of whatever the ‘art piece’ ends up looking like! Plus, you can get rid of all of those beads that you caught at the one parade you went to the year before (when you weren’t counting MG Hans Solos, of course!)

Alternative: Have dad, a grandparent or friend help out as well.

And for those of you who have more beads than you know what to do with, here are 5 ways to use them all up!

Hit up the Popeyes Drive-Thru

When I was a kid, every Mardi Gras day, my parents picked up Popeyes to take with us on the parade route. Yep, the food would get cold, but it’s what we had to eat. This was pretty common across many families going out on Mardi Gras Day. Now, every Fat Tuesday, I grab a snack pack from Popeyes to keep that tradition alive. And you can, too!

Alternative: Grab some spinach and salad fixings; pull the chicken off the bone and enjoy a healthier Fat Tuesday meal.

This one is my favorite. Use the extra time off to take a family vacation. It’s always nice to have a little downtime to focus on family after the holidays have wrapped up. And why not do that in a peaceful setting or by seeing the sights of a new city? Check out these suggestions on where to go during Mardi Gras. Get out there and recharge.

Alternative: Is a vacation not in the budget or timeline? Go for a day hike at Clark’s Creek.

Regardless of whether you’re a Mardi Gras Mom or not, how do you survive the season?

Your Spouse and Your Business {How to Make Working Together Work}