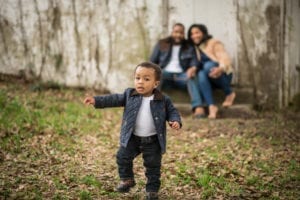 Once you become a mom (you haven’t even gone to your 6 week check up mind you), the question is “when are you gonna have another one?”

Excuse me, but can you mind you own uterus?

This blog post is dedicated to all of us moms who are sick and tired of that question because I know I am. Well a few weeks ago, my husband and I made the decision to not have any more kids. I don’t know what took him so long … I had already made that decision 3 and a half years ago! The answer is no. No, I don’t want any more kids, and save it.

I’ve heard it all. “That’s selfish.” “Don’t let him be an only child.” “Didn’t you have a sibling?” My doctor has even hinted that I may have PTSD because I am so adamant about my decision.

Well, guess what? It’s my body and most importantly my choice, so why does it even concern anyone? Mind your own uterus.

When people make these statements, they never know the real reason behind someone’s choice and quite frankly, they aren’t owed an explanation. But, I’ll go ahead and answer. I’ll answer for myself and for all of the other women who are sick and tired of being asked.

I read an article on nola.com the other day, and the report stated that the current fertility rate in the U.S. is not high enough for the population to be able to replace itself. Surprised? One of the reasons, according to Dr. Gillespie, was that women were waiting later life to have children because they were putting careers first. While I did have my son at 35, my career wasn’t the reason. Many of us have fertility issues. 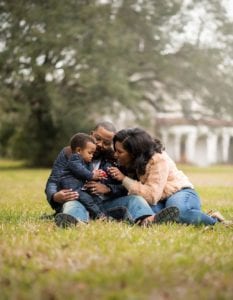 I’ll be 40 in September. Yes, I’m aware that there are plenty of women who are having healthy babies in their 40s. But what if I told you that my first pregnancy was traumatic, and it was hard to get pregnant the second time after losing a tube? What if I told you that when I did get pregnant, I had complications early on and spent 20 weeks worrying about whether or not I would carry a baby full term?

But, I guess I’m selfish to not want to relive any of that. What if the woman who is being judged for not wanted to expand her family cannot conceive? What if the woman is secretly trying and has suffered multiple miscarriages?

Mind your own uterus.

The next time you have an opinion about someone’s decision to not expand their family, please save it. You never know what she’s been through or what she is currently going through.

Respect her wishes and mind your own uterus.

How to Practice Self Care During the Coronavirus Quarantine