My Kindergartener has a Boyfriend {And I’m Okay with It}

I was shocked to say the least when, just weeks into Kindergarten, my daughter proclaimed “I have a boyfriend now.” This is most certainly one of those things they left out off the parenting manual.

When she first alerted me to this news, I initially thought, “Who is this little punk kid calling my baby his girlfriend?” followed immediately by “Who the hell told her what a boyfriend was?” Turns out, a friend of hers from class had a “boyfriend.” Once she found out, she asked a boy in her class if he would be her boyfriend and he said yes.

I am equal parts proud and terrified. I remember liking boys as early as Kindergarten, but I never have had the courage or confidence march up to anyone and ask them to be my boyfriend, or whatever we did back when I was six years old. At the same time, it terrifies me that she’s already thinking of boys in a different way. I’ve asked her on more than one occasion what is different about him than her other friends who are boys, and what makes them boyfriend/girlfriend. So far, she says she likes him better than the other boys, but from what I can tell it is the same way she likes her best friend more than her other female friends.

I really want to tell her not to have a boyfriend at this age. I want to forbid it. I want to tell her she can have friends but no “boyfriends” right now. But what will that accomplish? I will successfully drive her to keep this, and other similar things from me. 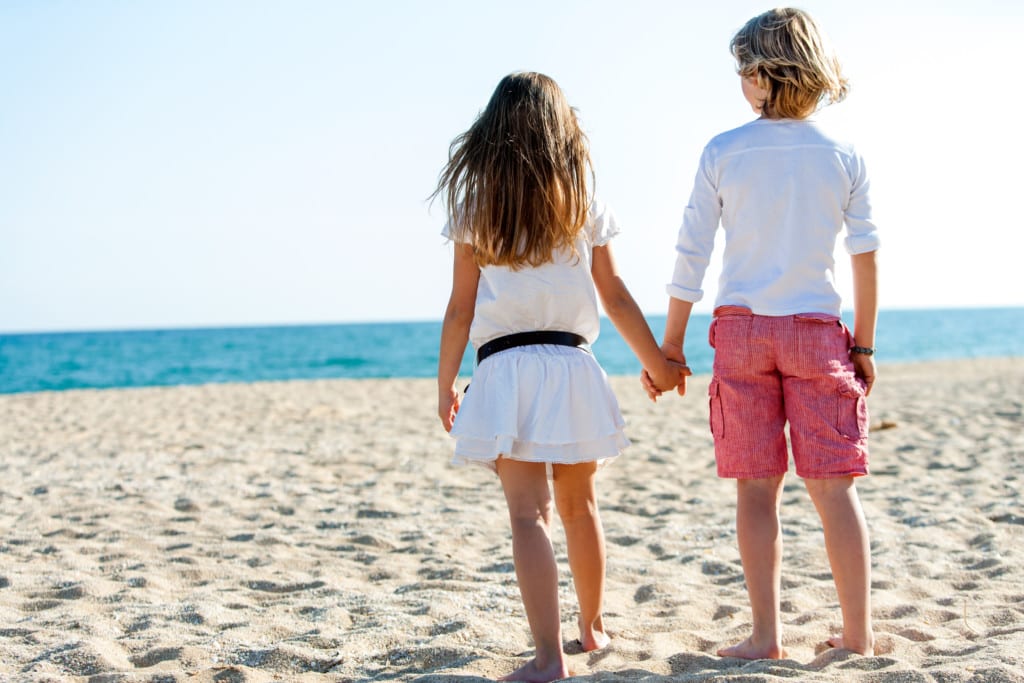 Do I think it is harmless? Most likely. Do I have concerns? Of course. But my biggest worry is alienating my daughter at such a young age. Though I expressed my thoughts that she has plenty of time to worry about boys, I have not explicitly said she cannot have a boyfriend. Because again, that just means she will not tell me if/when she does have one.

So, for quite some time now, my daughter has what she considers a boyfriend. A boy that she likes spending time with, who is separate her other friends. We talk about it, and I’ve directly asked, “What do you guys do that makes you boyfriend and girlfriend?” Her reply was simply that they play together. Every day, I ask her who she played with, and almost every day this boy is in the mix, but it’s a good mix of friends, both boys and girls.

At this time, I am most comfortable leaving it alone. As she grows, our conversations will get more in-depth and more awkward, but for now, I’m okay with this. Well, as okay as I can be. The risk of having her shut down on me about boys already is not a risk I’m willing to take right now. In my heart of hearts, I believe this is innocent and will not turn her into some sort of boy-crazed floozie.

Let me be 100% clear though, there are things I do not allow, even if that means I’m risking her being open with me, or even if I know that means she will try to do it behind my back. I do and will have boundaries. I am her mom, not her friend. But this is not a hill I’m ready to die on. Right now, she can have her “boyfriend” all she wants as long as we continue the conversation.

I’d love to hear from other moms who have dealt with this sort of thing. How did you handle it?

Target Wants to Make All Our Dreams Come True