About three months ago, the words I dreaded ever hearing again were spoken by my sons.

Well, for better or worse, this time around with soccer has been different. They are excited about practice and thrilled for games. They play in the yard every chance they get and inside after dark (drives me insane.) They beg me to take them to the park on weekends. And when they’re not kicking a ball around (and destroying my plants, the gutters, and the patio lights), they’re watching videos about soccer or talking about their favorite teams and players. They spend all of their money on jerseys for their favorite teams. 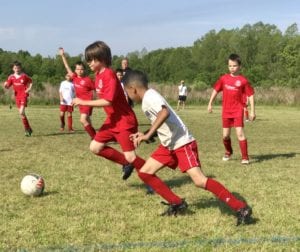 Overall, this is good. They’re happy, they’re exercising, and they’re not playing video games nearly as much (well, except FIFA Soccer.) But then I was asked a question that really terrified me, and the worst part is, I said yes.

“Can we play competitive soccer next year?”

Well, that sounds fine, right? So I went to a meeting to find out more. And that’s where I learned how our lives would change. Two practices a week. Two games a weekend. Volunteering. Tournaments. Travel to nearby towns for games. I kind of already knew all of this, because my friend Terry’s daughters play soccer competitively. I hardly ever see her on the weekends during soccer season (which is basically the entire school year.) But I kept telling myself, this is good for the boys. We’ll try it for a year. We’ll see, right?

And then they got to the cost. The eye-wateringly high cost for one kid, never mind for three. I literally put my face in my hands and wept, right there in a hotel conference room. The cost that doesn’t include team fees and uniforms and hotel rooms and gas for the multitudes of practices and games. But right or wrong, we’ll figure it out. There’s financial aid. We’ll make room in the budget somewhere. At least for a year.

As long as I have enough money left over to afford a fancy folding chair with a shade for all those games and practices.

And I’ll learn to fit in with the other soccer moms. I’ll learn the rules of soccer, and I’ll stop being embarrassed of my old faded minivan in a lot full of shiny SUVs.

At the end of last weekend’s game, the coach pulled me aside. At first, I thought I was in trouble. But he just wanted to tell me how much he has enjoyed coaching my boys, and how well-behaved and kind they are to the other players. So you know, all of a sudden, being a soccer mom didn’t seem so bad after all. 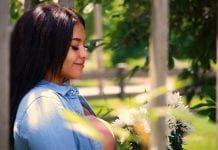 Falling in Love with Me :: Taking time for Myself

18 Problems Only New Orleans Kids Have

Five Years On … Things Change and Things Stay the Same