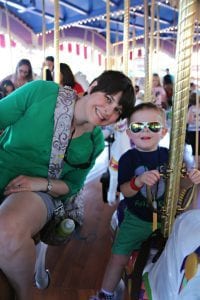 My kid recently went from being a sweet little two year old to being a little jerk on occasion. Something reminiscent of a 13 year old boy from my youth is what I liken it to.

Quite frankly, I am not really sure how to refer to his new and “unimproved” personality traits that come and go like the seasons. One minute I have a child that is sweet, adorable, considerate, and thoughtful, and the next minute he turns into a defiant, smart mouthed little stinker.

When the little guy turned two, I braced myself for the “Terrible Twos.” I kept waiting and waiting for my kid to be not so nice or throw epic tantrums or embarrass me daily. Instead all I got was hugs, kisses and adorable antics like dance parties and and “Guess What, Mama? I LOVE YOU!” daily. While he had an occasional tantrum, they were minor and readily remedied with a quick “That’s not nice!” or “No, we don’t do that!”

I thought, maybe, just maybe, I was winning at this parenting thing.

Here I was thinking, hey, maybe I finally figured out this parenting stuff. Maybe the whole discipline thing is working, and I am effectively raising a great little human destined for great things.

HAHAHAHA! The joke was on me. (I’m not really laughing.)

It really became obvious on the flight we took home from Disney World. Despite my fervent attempts to control him in the seat with an iPad, snacks, a book, coloring sheets, stickers and the like, he flat out REFUSED to wear the seat belt. As we were about to take off, he was THAT kid screaming and crying because I was making him wear a seat belt on an airplane, something EVERYONE has to do. I am so grateful for the good-natured flight attendant who came by and said, “you can put him in your lap” because I have a feeling the flight home would have been a doozie. The crying stopped, but he wanted to cruise the plane and tell everyone about his trip to Disney. Each time I asked him to sit down in his seat, he would reply with “NO!” and “Leave me Alone!” Something that left me aghast.

I felt so defeated even though I had even armed myself with a reward toy that he would get if he behaved. He just didn’t care! 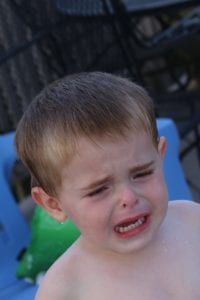 (The Buzz Lightyear Parachute Man is still in his package, waiting for a day of extraordinary good behavior. I’m starting to think that Buzz may never leave his package!)

For the whole next week after we returned, his attitude took a turn for the worst. When he would throw a tantrum because I wouldn’t let him eat cookies for dinner (I know, I’m such a mean mom, right?), I would tell him “Go to your room to cool off.” and then he retorted with “No,  Mom, YOU cool off!” I stood there baffled.

When did my toddler turn into a teenager?

It did not stop there. He went into his room, shut the door in my face and told me “I don’t like you, Mommy.” Even worse, he spent a week being sassy at school, and it was when I got a report from his teacher that he was acting this way that I felt like a failure. It hit me like a ton of bricks, and I almost cried because here I was, thinking I had it all figured out and now I felt like I was starting all over again.

After a lengthy phone call with the director of his school and then talking to some other moms with kids the same age, I discovered that maybe, just maybe, my kid is normal. Apparently almost ALL of them act like this, typically around the age of three. Honestly, the term “terrible twos” is a misnomer because it should be the “terrible threes.”

Now, my kid throws a tantrum over the most ridiculous things. He will get mad because he can’t put deodorant on his face or because I will not let him eat dog food. Reports from other moms include kids having fits because the granola bar they are eating has broken, they are told that they need “five more minutes of sleep, mom” and that they better “Suck it up, Buttercup!” Another favorite is “I’m allergic to my breakfast, mom.”

Hearing those things from other moms made me realize I’m not alone. Thank goodness! 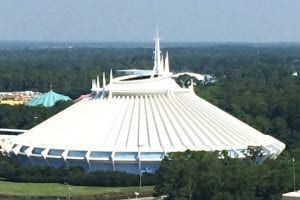 As I was reflecting on all of this, I was also reminiscing about our recent trip to Disney. To me, parenting a toddler is the same as riding Space Mountain. You are in the dark, you climb up the steep tracks, oh so slowly, as to not disturb anything, and then right when you think you are doing great and are okay, you DROP down into the abyss of fear and exhilaration and you scream a whole lot because you never know what will happen next.

When you get off, your back hurts like hell.

Are you living with a toddler who has turned into a “threenager?” Do you have any funny (or not funny) stories to share?

Cajun Seafood Gumbo :: From Our Family to Yours