“But I wore that to my daughter’s kindergarten graduation. No way can I get rid of it. She’s graduating high school now.”

This, my friend, is called an emotional attachment.

The Life Changing Magic of Tidying Up

In 2015, I came across a book The Life Changing Magic of Tidying Up by Marie Kondo that made me view the “stuff” I owned in a different perspective. Most importantly, I was able to identify the connection of having too much as an adult to my humble upbringing. This easy read suggested I touch every article of clothing, jewelry, shoes, and other stuff I owned with the intention of recognizing the level of emotional attachment. Hard. Hard. Hard. The process was, and still is, hard because letting go is difficult. The things you bring into your house should be things you love and bring you joy. It shouldn’t control you or make you feel captive.

With that being said, I quickly realized some, or most of my “stuff” served as void filler or comfort. It was the letter sent from my brother while in Desert Storm that I could not detach from. It was my first car I purchased that symbolized my transition into adulthood. The 200+ pairs of shoes I owned served as a display of success. I had the money to buy it and it was satisfying. It was the 30+ shirts I stored away from high school and college with the intentions on getting a quilt made. It was my grandmother’s heirloom standing on its last leg. All of my accumulated stuff was organized and had a place, yet I felt my space was a balloon slowly waiting to explode.

Nonetheless, this book helped me detach. Don’t be fooled; an emotional attachment isn’t necessarily a bad thing. It becomes a negative thing with it becomes unhealthy. This book was my jumpstart on a forever lifestyle change with being emotionally attached to stuff. Still can’t believe I have my baptismal bloomers. Or my 6th grade banquet dress with the missing buttons. Like I would actually dress the daughter I do not have in it.

It’s been a couple of years since going through the KonMari process and I found myself stressing over which shirt to wear. I often have the urge to purge but the feeling of being stressed was a red flag. A purge needed to happen. It was then I decided to schedule some time and make it happen. I did not want to stress over a stupid shirt because of the emotional 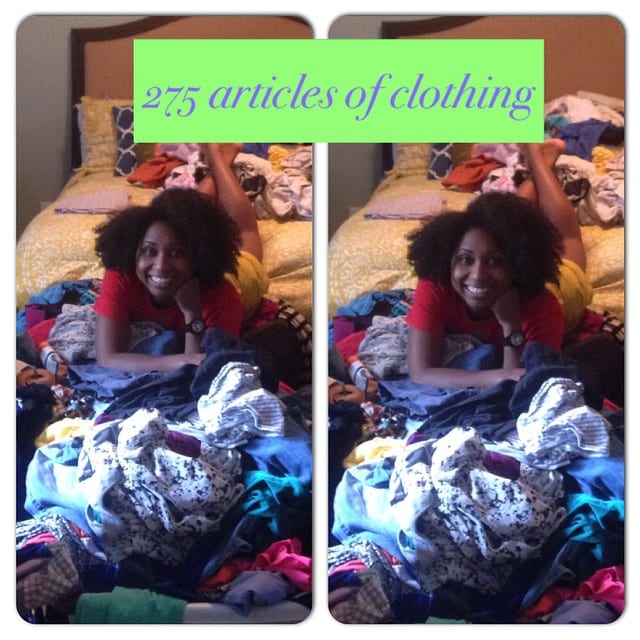 attachment. Or I didn’t care if the entire closet rack was filled with clothes. Or every allotted space for clothing was filled. I wanted to be happy and stress free. All this stuff I made an extension of myself.

Konmari was the initiator as I detached from 85% of my closet with added items. You can watch the emotional process here. Don’t be so reluctant to detach from your belongings. Go ahead a detach from the emotional attachment

Emotional conversation – sit on your floor and ask yourself why you are connected to the item then release it into a category: donate, keep, or sell.

Create a challenge – dedicate space for certain clothes and only fill the space with the amount of clothes it will allow. Anything that does not fit, TOSS it.

Create a purge schedule – Dedicate a set amount of time every season to purge a certain number of items. You know how we clean out our kids’ stuff? We need to do the same for ourselves.

Create a clothing capsule – I like to call this capsule the “What If” capsule. Fill the capsule with items that you are struggling to purge. Within 6 months if you have not thought about the item or missed it, TOSS it.

Birthday purge – For my 29th birthday, I decided to purge 9 things every week with a different category each week.

Photos and art work – We live in the digital age where photobooks are a thing. Scan the loose pictures and kids’ artwork instead of buying an album or scrapbook if that is not your thing.

Find peace and happiness – After decluttering, purging, and donating, I found much peace and joy knowing that my donations helped clothe citizens in a third world country and struggling women trying to find employment. Now this is my constant motivator. Being of service to others!

Emotional attachment serves as many different titles for us and it’s okay. Don’t let being emotionally attached to stuff ruin you. It can. We can become so fixated on stuff that ultimately will not have the equivalent meaning to others once we transition from this world.

Do you have the URGE to PURGE? 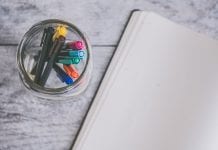 Celebrating Mardi Gras With a Child With Autism

Giving Back :: How Helping the Homeless Has Become Part of...