Five is the age of unicorns and mermaids and make believe. Five year olds still adorably mispronounce some words, still have sweet round cheeks, and have beautifully wild imaginations. Five is also the age of growth spurts, changes, and frustration. So much frustration.

Too big to be with the babies, too little to hang with the big kids.

There is opposition to much, and agreeing with little. They are fostering their own independence, cementing likes and dislikes, and, although they still need help, they are quite positive they could survive with no assistance at all. Five year olds have a will as strong as steel.

A five year old is, in her parents eyes, still very much a baby. A meek, fragile, little kitten that still needs protection, discipline and enough love that would be just short of smothering. But, in her own eyes, this five year old is a fierce lion. A beast who knows what she wants and what she doesn’t. And boy, is she a beast. And man, can she roar.

And she dang sure doesn’t want lumps in her socks.

Five year olds are learning to pour drinks without spilling and take showers without help.

They are perfecting their scissor skills and coloring in the lines and learning to read. They are also being given more responsibilities, like chores and homework. They spend every moment surveying their world and questioning everything. The world of a five year old is big and loud, and while they are trying to do every little thing just right, smack dab in the middle of everything, their imagination is running wild, begging them to come play. 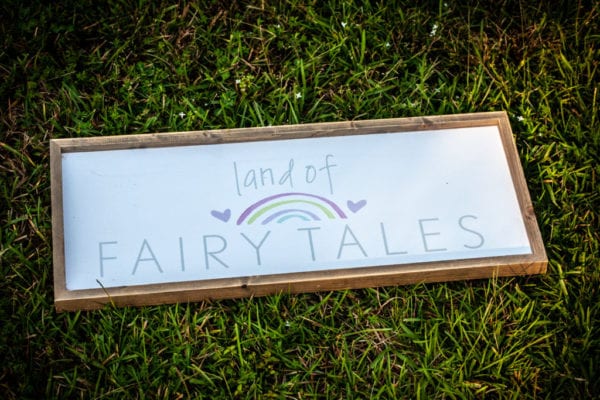 And then something like a reminder from her mama to finish up her chores sends her headfirst into a tailspin. And don’t you dare tell her she can’t wear her snow boots with her sun dress.

If you think that she will eat whatever you cook for her, you would be wrong. Only spaghetti and meatballs will make this child happy. That blessed Italian dish is likely what is keeping this kid on the growth charts, for she will return to her hunger strike shortly after she finishes her last man sized helping.

She has an unquenchable thirst for adventure and entertainment.

And who better to provide that constant combination of wild and thrilling fun other than you? She arrives with ponies in hand. “Play with me, Mama!” Yes it sounds sweet. But you know the truth. There is venom behind those words. For this five year old has plans for you. A script and movement for every single moment you agree to “play” with her. You won’t play, you will merely fulfill a role in her game. And may God help you if you decline. There will be hell to pay.

I mean, not really hell. She will likely throw herself onto the ground in a fit of frustration and anger. Because … well, she’s five.

And are there ages that are more difficult than five? Certainly there are. Terrible twos, threenagers, nine year olds in general … and then of course there are teenagers. But no one ever really talks about five year olds.

They are sweet and funny and growing up so fast.

But five? Five is also tough as nails. Stubborn and sassy and needs a nap at any given moment but also refuses all the naps. 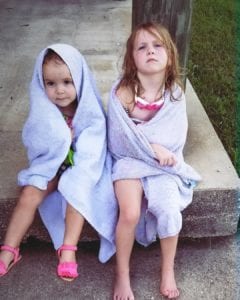 Five is full of magic. Between the tantrums and messes and the absolute chaos, there is the glittery beautiful perfect magic of Santa and the tooth fairy and the Easter Bunny. It won’t always be that way, but that doesn’t make today’s meltdown any easier. Consistency is key, with a heavy dose of patience and understanding.

So, if you are knee deep in the land of five and are not a preschool or kindergarten teacher (and God bless them), you might not have the patience and will to handle the defiant and cross and picky eating precious angel that lives with you, know this: you are not alone.

If you too have a child who lets out a loud and exaggerated sigh when you say you’ve made cinnamon rolls for breakfast because she reealllyy wanted cereal, I stand with you.

If you have a sweet, cherub faced kid who knows no rules because no one is the boss of her, take a deep breath.

My precious, vibrant, extraordinarily passionate five year old is also my middle child. So with two older sisters, we’ve seen five come and go twice already. And with my oldest just turning ten, the teenage years of angst and drama will be here far longer than this frustrating age of five will be. So for now, we use chores to teach responsibility, mistakes to learn lessons, and we resist the urge to plug our ears when the whining begins.

Because it will end one day. Well, maybe. 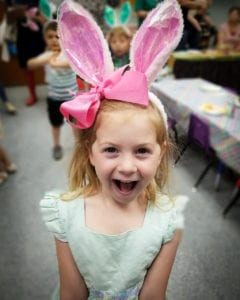 I Will Never Tell My Kids They Talk Too Much

It Happened to Us :: The Night Our House Caught on...