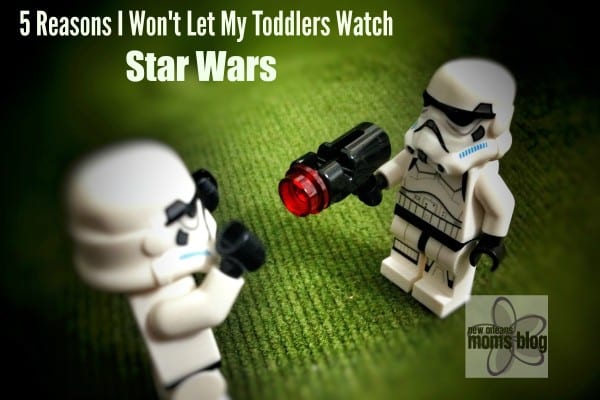 GASP! I know, I know. Before all you #nerds come after me with a er, lightsaber, hear me out. I am a Star Wars fan, truly. No, I did not grow up watching them but I was introduced to them when Episode I was released. A note to all of you who don’t know/don’t care about Star Wars, they were released in an un-sequential order: meaning that episodes 4-6 were released first and then episodes 1-3 years later. My boyfriend at the time insisted that I watch Episodes IV, V, and VI to prepare me. So I obliged and #nerdalert, to my surprise (and my girlfriends’ horror), I LOVED them. I am not a romantic comedy girl at all, give me a thriller or suspense movie … and apparently Sci-Fi. So there, I do like Star Wars. I saw Episodes I, II and III in the theatres, and contrary to some Star War’s diehards, I thought they were great too, just different. With the upcoming release of Episode VII, I put the entire boxed set in my husband’s stocking this year for Christmas. #wifepoints Have I convinced you that I am not a hater? As my husband and I settled in to watch, starting of course with Episode IV, I wondered if this would be suitable for my 4.5 year old and almost 3 year old. I had plenty of friends sharing their decision on social media to take their children of similar age to the new release. I set out to watch the movie and decide afterwards upon which my immediate answer was absolutely not. No way. And here’s why:

Do I think my kids would turn out to be heathens if they watched? Absolutely not. They’d probably be just fine. Do I think it’s wrong if you bring your kids to Star Wars? Again, not at all.

That is the beauty of the world we live in; we all choose what we think is best for our children and our families.