One of the most popular questions in my newsfeed and in some of the groups I’m in is “Suggestions for the next TV show I can binge watch?” Let’s face it: though possibly few and far between, there are times when many of us would like nothing more than to melt into the couch and mindlessly zone out to a great TV show. Here is a very incomplete list that should get you through a sick day in bed or a few nights of insomnia. I don’t get out all that much, so I’ve seen a few more of these than I care to admit.

The Night Of – A young Muslim kid becomes trapped in the web of the New York criminal justice system.

Stranger Things – Mysterious things and all of the 80’s nostalgia of my youth had me hooked.

Need a laugh? These are sure to bring a smile to your face.

Unbreakable Kimmy Schmidt – A girl who has spent years in an underground bunker lands in New York City. Ridiculous Hilarity ensues. Written by Tina Fey, so you know it’s funny.

Modern Family – An award-winning mockumentary that follows the ridiculous everyday adventures of an extended California Family.

Jane the Virgin – A girl determined to do things “right” in the way of love and marriage finds herself accidentally artificially inseminated. 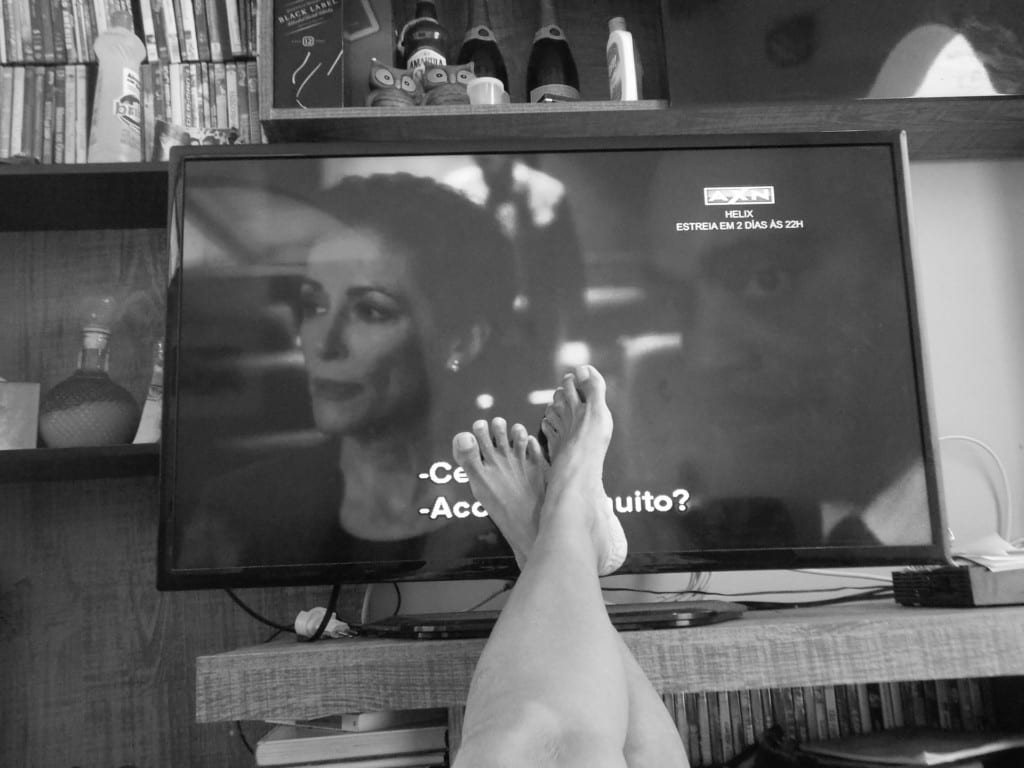 You should probably wait until the kids are asleep to watch these. You won’t be able to stop watching some of them, and you may need to pick your jaw up off the floor.

Narcos (Season 2 available Sept. 2) – Based on the true story of an American DEA agent sent to bring down one of the world’s greatest drug lords.

Bloodline –You think you have a dysfunctional family? Just you wait.

True Detective Season 1 – Matthew McConaughey and Woody Harrellson are compelling in this dark mystery, filmed in and around New Orleans. The setting is a character in and of itself. [Don’t bother with Season 2, which has an entirely different cast and storyline.]

The Americans – Undercover KGB agents pose as regular American suburbanites. I’m not sure how, but Keri Russell gets to be the only character that escapes bad 80’s hair.

Game of Thrones – Battles, sex, and dragons. You may need to write the characters down to keep track of all of them.

Orange Is the New Black – You will laugh, you will cry, and you will learn lots of things you never needed to know about what it’s like to survive women’s prison.

Making a Murderer – A whodunnit documentary of a mysterious murder in Wisconsin. Season 2 is in the making.

House of Cards – Kevin Spacey is a diabolical politician with a terrible fake accent. Expect the unexpected.

Scandal – Olivia Pope can handle anything, and I mean anything.

Masters of Sex – Golden Globe nominated, this series is based on the true story of two pioneers of human sexuality.

The Affair – The story of an extramarital relationship, told from both sides.

Man in the High Castle – A look into what might have been if Germany had won World War II.

The final seasons have aired for these shows, but it’s never too late to get hooked.

The Wire – Each season explores a different reason why the City of Baltimore cannot escape from the weight of its own burdens.

Breaking Bad – A high school teacher finds out he is dying of cancer and goes to desperate measures to make sure his family will be taken care of after he dies.

Dexter – A crime expert lives a double life as a murderer.

Lost – The story of survivors of a commercial airline crash, stuck on a remote island.

True Blood – Vampires and humans, living in harmony…or not.

The Newsroom – Behind the scenes of a major news network, personal lives are affected by the stories they must air.

Downton Abbey – A period drama that is worth watching for Maggie Smith’s one-liners alone.

Parenthood – Buy stock in tissues. Everyone will relate to at least something in every episode.

Gilmore Girls – A single mom and her teen daughter learn about life and romance together.

The Office – The everyday lives of officemates, filmed in documentary style. Dry humor at its finest.

What are you watching these days?