I was late to the Marie Kondo movement on Netflix. You are more likely to find me watching Evil Genius, The Staircase, or some other crime thriller than a show about home makeovers. But the more and more I heard about it, the more I felt compelled to give Marie Kondo a try. I’m so glad I did. I thought the show was pretty clever and that it made sense. I’m still not getting rid of any of my stuff, but much to my surprise, I realized that I had already participated in the Marie Kondo movement. Instead of things, I had “Marie Kondo-ed” certain people in my life and it has made quite the difference.

Do you bring me joy?

For my 2018 New Year’s resolution, I decided to maximize the amount of happiness in my life. It dawned on me that in order to do accomplish this, I had to cut ties with certain negative people in my life – family and “friends.” It wasn’t anything personal. I just realized that certain 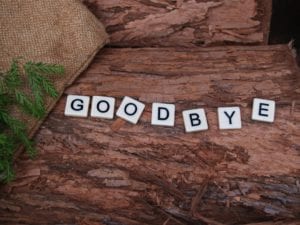 people brought me no joy and decided that it was time to move on. It was and is not my intent to hurt anyone’s feelings, but sometimes you have got to cut the cord and let people go.

Clear out the clutter.

I practiced this throughout the year, and in the process of eliminating the people who did not bring me joy, I spent less energy on nonsense and was able to put energy into other areas that deserved it. I met some really great people and have grown closer to the friends and family that mean the most to me. I also found myself with reduced anxiety.

Thanks, but no thanks.

I now realize that I have spent a ridiculous amount of time and energy on people who did not bring me joy. Instead, they brought me stress and were emotionally draining. I did not realize how much of a toll this took on me until they were out of the picture. I have expressed these thoughts to my own daughter. I want her to go through life understanding that not everyone is right for her and that she does not have to accept all of the baggage that some people bring with them. Although I do believe that there is some merit in the idea that people come into your life for a reason, I also believe that just because someone comes into your life, doesn’t mean that they have to stay there.

So, the next time you are re-evaluating whether a sweater or vase brings you joy, you may want to consider the people in your life too. There may be some clutter in that space that needs to be tidied up as well. 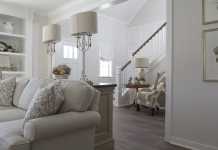 This Is Why We CAN Have Nice Things:: Childproofing Hacks for Decorating Your Home 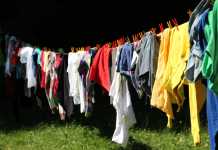 Making a Good First Impression on Your Child’s Teacher

Seven Things Moms Should Know About Resale in New Orleans