You don’t need to be a baseball mom to know that LSU has a winning baseball program. I mean, LSU excels in many things, let’s be honest, but its baseball program never disappoints. This 2021 baseball season for LSU has been quite the wonder. Just when so many have counted them out, they clawed their way back to the top, back to their 15th Super Regional appearance – a mere two games away from heading to Omaha to play for a 7th College World Series Championship.  But, there’s so much more to LSU baseball than the stats. It’s more than just a collegiate sport; it’s more than TV ratings; it’s more than ticket sales…

LSU baseball is a contagious spirit that bleeds into a tradition for so many.

This purple and gold dynasty that former head coach and legend Skip Bertman has created has been the pinnacle of so many traditions, legendary moments, and inspiration for not just young athletes but families from all over Louisiana. This team has a way of capturing the hearts and spirit of thousands despite winning or losing and fueling that Tiger pride that makes an LSU baseball game worth the watch. You see, LSU doesn’t need a stellar winning season to be a winning program – that’s been made evidently clear this year. But, what makes watching this team and attending these games so great is the exuberant atmosphere. And, the coaches, players, and super fans have made the very nature of this team just that – a contagion of exuberance.

It’s a record-attending Alex Box stadium in the Spring with the smell of funnel cakes in the air and tailgate tents as far as the eye can see.

It’s the wild possum that went rogue on the field during the LSU v. Arkansas game traditionally now known as “Rally Possum” as LSU rallied to win that game from a 9-4 deficit in the bottom of the ninth.

It’s the bright “Warren Morris Gold” jerseys donned for the first time in 1996 when Morris hit a two-run home run in the bottom of the ninth inning to win LSU their 3rd national championship. And, a Sunday home-game gold jersey tradition was born.

It’s the massive amount of super fans that not only pack the home stadium every weekend but travel in herds all over the country making it known to everyone, everywhere, that this family travels in packs and brings all the fun, crazy uncles with ’em! (Omaha, home of the CWS, even has an LSU-friendly bar for this very reason – Barrett’s Barleycorn Pub & Grill).

It’s the hundreds of little athlete-hopefuls that scurry to run the bases on the field or line up outside the locker rooms for autographs every home series, win or lose.

It’s the parade of high fives the team gives out around the entire field after any Regional or Super Regional title is won at home. I’m talkin’ ’bout from home plate all the way back to center field and down the first base line all the way to the 3rd base line. Not one hand is left un-slapped! 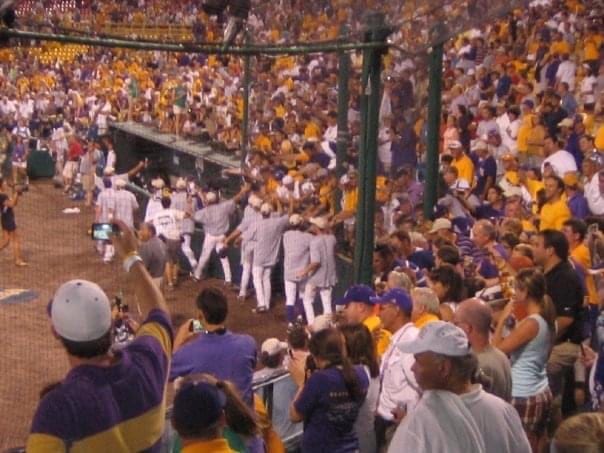 It’s the K-Lady and the Bird-man who participate in every single game to help rally the team – staples of LSU fandom.

It’s the fact that this program, since the mid-80s, has gone through 3 coaches with very different coaching styles, and STILL manages to keep true to tradition giving the fans something to look forward to, something to hold onto, and something to believe in. 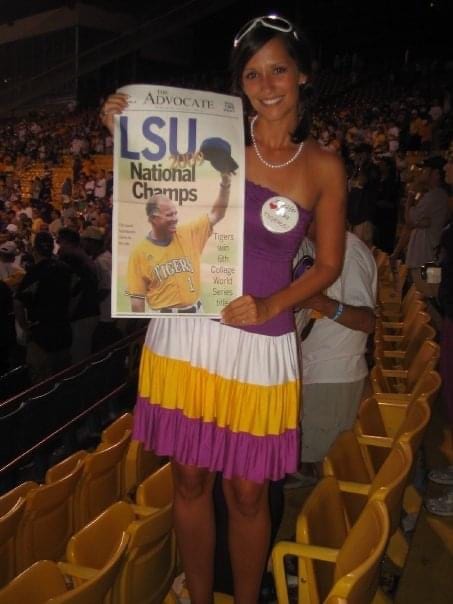 Over the many years, one thing has always remained constant, and that is the fervent spirit that fuels this team to be one of the best to watch and be a part of. When it comes to LSU baseball, fans aren’t just watching a game; they’re investing so much positive energy and hope into something so much bigger than themselves and that feeling is what rallies the team to shock, inspire, and entertain the nation. It’s truly a powerful feeling that should be experienced – baseball scholar or not.

This former LSU Bat Girl and life-long LSU baseball fan wishes Coach Paul Mainieri and the Tigers the best of luck this weekend as they take on Tennessee in the Knoxville Super Regional on Saturday. Win or lose, this state has every reason to be proud that such an awe-inspiring baseball club with a strong traditional foundation lies just in our backyard. 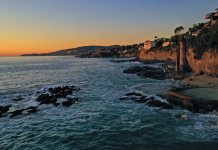 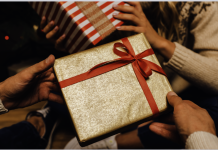 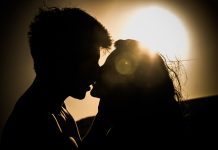 Cruising Motherhood with Four Kids: Why Four Has Been a Smoother...

Dear Joe Burreaux :: You’re a Legend in the Making