When I found out I was going to be a girl mom after a pretty solid run as a boy mom, there were things I declared I’d never do. Not too much girly stuff, bows under a certain size, minimal ruffles. Well. Time has passed and it’s proven that I’m a southern girl mom, through and through. I like big bows, boots, and smocked clothes. I have a daughter with a double name and I’ll slap a monogram on anything that can move (except cars, because we all have limits.) You never know what words you’ll eat until it’s too late.

Unless you’re a no-smocking household, you’ve likely got your ears and eyes open to finding good deals on local smocked clothing. And if you’ve had your ears open, you’ve likely seen or possibly been to one of the smocked sample sales. Being a mom of twins, these drastically reduced price events are the only way I can afford to keep purchasing the official attire of the south for my growing girls. I learned that the sizing is such that outfits bigger than nine months can usually get two years worth of wear, and if you’re decent at sewing, you can push it to three by buying dresses bigger and hemming them.

I’ve been to roughly a half dozen of these in my day, but it wasn’t until this one that I really saw the, uh, lengths that people will go to to make sure their sweet babies will be properly smocked at all times. I’ve missed the last two because of date conflicts. Obviously, I missed the memo that you now need to show up two, not one, hours before the doors open, coffee and book in hand, empty stroller at the ready for filling with God’s gift to southern children. Husbands and grandmothers are very helpful accessories that are good for grabbing extra stuff. These people do not come to play around.

When the doors open, people dash in and literally grab armfuls of clothes. I haven’t figured out if they actually grab the sizes they need or if they’re just consumed with the same fever that overtakes people at Walmart on Black Friday when they put out three additional Hatchimals and throw rational thought to the wind. If you get to the size rack that you need and there’s stuff left, congratulations! Grab smaller handfuls of stuff you think you *might* think you’ll like at second glance. The time for deep thought hasn’t come yet. Look around. If you look closely at the piles of brightly colored clothes, you’ll see the tops of the heads of the women that have seated themselves in every corner and taken every available flat table surface. They will pick up every item, one by one, and study it. Size, color, style, season. They will make two piles: keep and maybe keep. They’ll go through the maybe keep pile again, make a discard pile, and then dash off to find more treasures, leaving the discard pile to the wolves, uh, nearby women who are waiting to pounce on the discard pile for the good stuff.

After the discard piles are officially discarded, employees with the patience of saints will re-rack the rejected items where hovering latecomers wait for better stuff to be returned to them. The patient and laid back shoppers will benefit here. It may take a while, but plenty of perfectly cute stuff gets rejected because there’s no reason little BrinleighAnnaClaire needs 6 Christmas dresses in the same size, and JohnCarsonLuke can only wear so many Mardi Gras Jon Jons in a two-week span.

Since I have twins, it takes me a while to find two of the things I like. I lucked up and found two Mardi Gras outfits in the same size on the $10 rack. Mardi Gras outfits were really all I came for, and I could’ve easily high tailed it out of there and called it a day, but noooo. While I was doing my small sort of roughly ten items, a lady who had come packing her mom, two kids, and a stroller for stacking stared me down with a hunger I hadn’t seen since my kids asked for their second post-lunch snack. I had silently been observing her collect sizes 2t-6 for the kid in the stroller who might have been close to two. Marveling at my luck, I took a second look at the Mardi Gras outfits to make sure I wanted to hang onto them. From across the table, I heard “What size are those? Can I have one of them?” I smiled and said, “I have twins” and went about my business. That went over like a fart in church. Luckily for her, I had also grabbed a Mardi Gras dress that I couldn’t find a duplicate of, and I offered it to her. She took it and went back to the entire rack that she had claimed for herself. I went about my business hovering at the 4t rack, getting the occasional stank eye from my new friend. I found some more stuff and attempted to head back to the corner table I had used prior, which happened to be next to her rack. As I walked by, her mom felt it necessary to remind me that that was their stuff. Pretty sure I didn’t control my facial expressions that time. I hung around the racks for a few more minutes, put some stuff back (directly on the rack, because I’m not completely heartless), nodded in my new friend’s direction just to mess with her, and scooted my tush out of that madhouse. 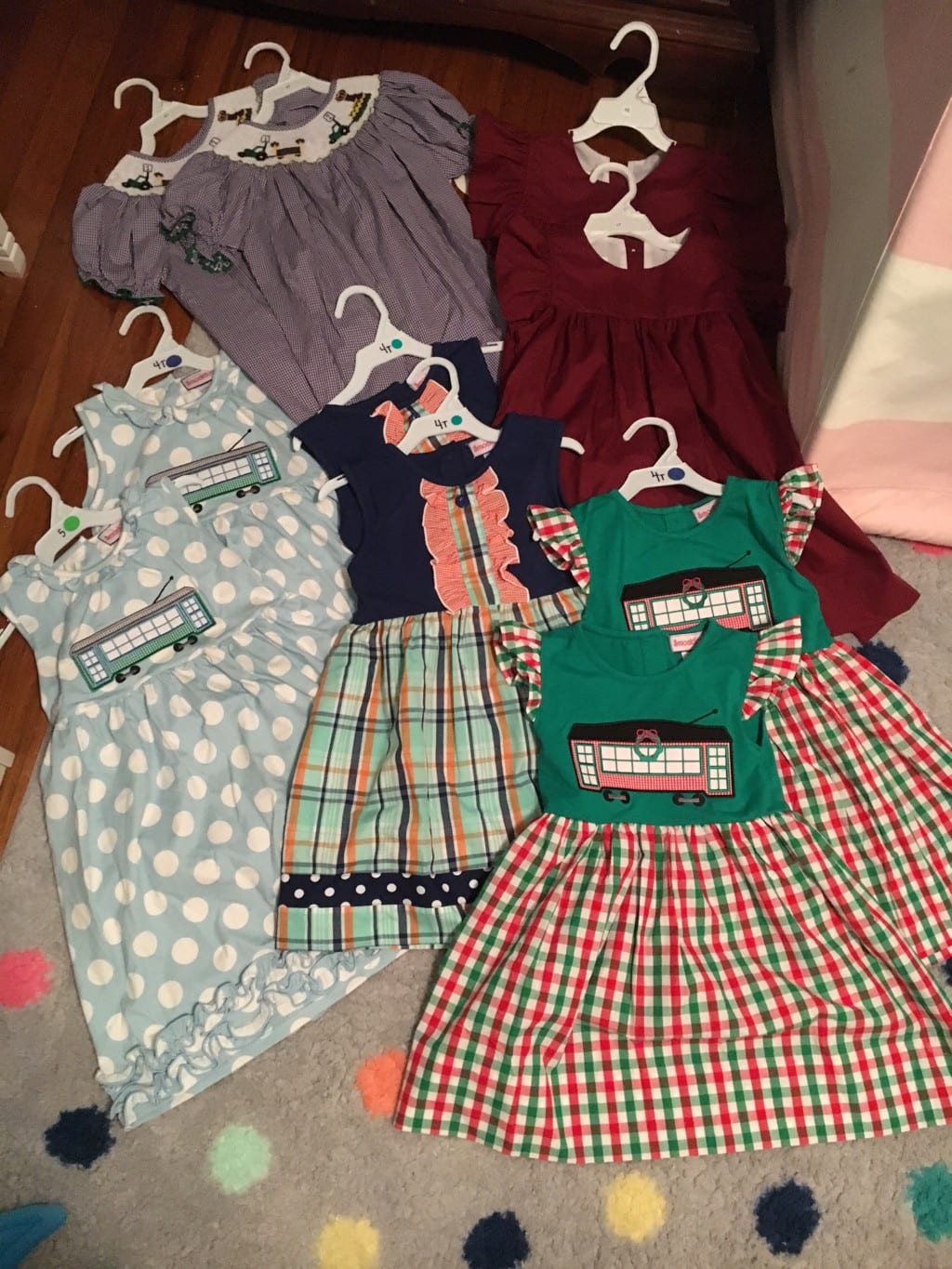 All in all, my efforts were worth it. I ended up with 10 outfits, ranging from $10-21 each, that the girls can wear for two years. Don’t tell my husband what that math adds up to, mmk? 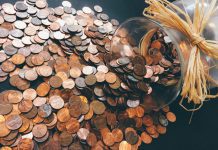 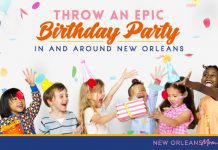 When I Grow Up: Finding My Way Even Though I Don’t...