Lately, I have been feeling that parenthood, especially with toddlers, is much like a game of chess :: trying to outwit your opponent, analyzing their strategy, and predicting their next move. One day I wake up thinking I have them figured out, and the next, I am side swept by an unanticipated move or response. Like the time my pretty well “crayon only on the paper on the table” trained daughter used my canvas lined wall partitions as literally her canvas. (Thank goodness for magic eraser.) Or the months of repeating over and over again to “wash your hands” after using the potty to finally find tranquility after spending only $1.49 on a Hello Kitty decorated soap dispenser. (Note, an entire month has passed and I have yet to remind her to wash her hands – I literally found the answer to our biggest issue at home succumbing to marketing in the shape of a small plastic bottle that only cost 1/5th of what I would pay for lunch that day.) And don’t forget the daily war on vegetables. One day they beg me for carrots and a couple of days later their reappearance causes such phrases as, “ehh yuk.” And others days, my oldest, who finally discovered desserts, will ask for more vegetables and clean her plate for a sliver of dessert, including my homemade king cake.

So what goes through the mind of a toddler? 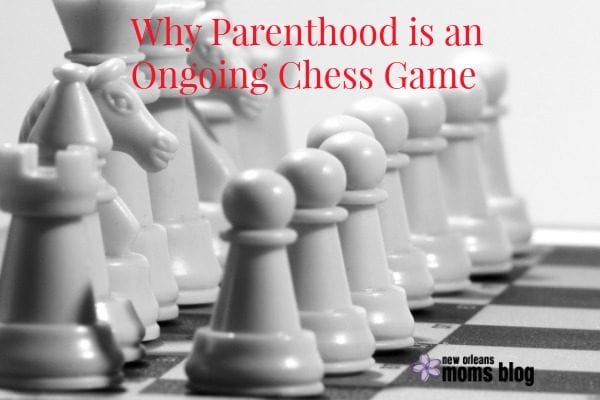 I often ask myself this question. Like the time we were fulfilling our parental duties and driving to Walt Disney World. We stopped by a McDonald’s to use the restrooms and my oldest asked if we could stay to play in their playground. I told her once we got to our hotel she could play. Not ten minutes later back on the road she was asking to stop again to use the “potty.” Could this be a strategy to stop by another pit stop with a playground to mentally break us down and cave into her demand? Or, was she really having to use the potty again?! Experience led me use the “diversion” technique – you know the one where you offer them their favorite treat followed by markers and a coloring book. Success is outwitting them, at least until the next tantrum.

And, what about when they regress?

For example, when you need to remind them for the millionth time to take their fingers out of their month, as if they were 9 months old. Or how about when all almost 40 pounds of them want you to rock them. But let’s be honest, it could be a nice flashback to their infant year.

Dealing with their emotions

And, let’s not forget those moments when your toddler switches to teenager mode in a nanosecond. Random tantrums and tears can plague even the happiest family moments. And when you attempt to get to the root of their emotions, it is more often than not responded with, “becauuuuuuse,” or another untranslatable statement. Combined with the witching hour, your opponent could call check mate.

Sometimes I am whipped by the opponent, find myself speechless, hand on my forehead dumbfounded and perplexed by their question, lack there of or tears. And, if I succumb to a tantrum it is as if they have called “check mate.” But us, parents, need to stay strong mentally and physically for these 30″ – 42″ rascals that look and talk like us.

How do you outwit your toddler?