This post is inspired by all the women who lament that their husband refuses to get a vasectomy.

I understand your manhood is important to you. Your testicles are basically an inside organ living on the outside of your body. I know you feel pain for days just thinking about the last time someone kicked you the between the legs.

I realize that culturally speaking, having your vas deferens snipped is one of the worst and most emasculating things you can ask a man to do. But I’m here to tell you, it’s time to get over it. My husband had one, and he will be the first to tell you it sucks. He would also do it again in a heartbeat.

I really do have compassion for men who get the snip-snip, but it is your duty as a partner 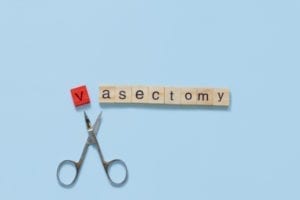 in procreation. If you are in a relationship with a woman who bore your children, and the two of you decided you don’t want any more, then it is time for you to step up. Of course, if you have religious objections to permanent birth control, this does not apply to you.

If you are hesitant or outright refusing a vasectomy, I’d like you to consider a few things:

Your wife handled preventing pregnancy until you were both ready. I am willing to bet that most of your wives took birth control before the two of you were ready to have children. Considering birth control is the number one contraceptive, it is likely that your wife took a hormone-laden pill every single day (possibly for years on end) in an effort to avoid pregnancy. You probably didn’t have to wear a condom very often, and no one asked you to take medication that temporarily killed your sperm.

You had a say in how many children you have. I imagine you both took part in a conversation about how many children you wanted, and came to an agreement, together. I recognize people get pregnant unintentionally, but if you are reading this blog, you more than likely had a procreation plan and for the most part, stuck to it.

You were an active participant in the planning and making of the child. Only, once you, ahem, finish making the child, your role becomes passive. You have an important role, and I am not trying to negate how valuable your support is, but after conception, your body does no more work as far as growing the child goes.

Once pregnant, your partner begins using her body to give life to another human. She shares space, blood, and nutrients in order for your child to grow and develop. She may face morning sickness, exhaustion, heartburn, and a host of other common pregnancy side-effects. After nine months of weight gain, hormone fluctuation and the ever increasing need to pee, it is time for her to give birth. Your wife/partner then either pushes a human being out of her vagina or has major abdominal surgery to deliver your baby. You know what she went through because you were there, playing an important support role. But you didn’t physically go through childbirth. You have no idea what it feels like. And you will never have to know.

I don’t know how hard a vasectomy might be on you physically or mentally. But frankly speaking, I don’t have to know how hard it is to know it is easier than giving birth.

Think of a vasectomy as your contribution to family planning.

After all, until this point, your wife took the brunt of everything related to family planning. There is no way around this uncomfortable truth. Pregnancy and childbirth are hard on women. Rewarding and beautiful, yes. But it is hard on your body to grow, then deliver a human being.

Your wife might not have the heart to tell you this, but if you refuse to get a vasectomy, you are being selfish. I know that’s hard to hear. I know you’re thinking of all the reasons you aren’t selfish. You might be running a list of all the good things you’ve done and what a great father you are. I’m sure all of that is true. But your good works do not negate your selfishness in this area.

Women grow and deliver babies. Men can get vasectomies.

The alternative? Well, if you leave permanent birth control up to your wife, you can’t blame her if she chooses the most effective form – abstinence.

I have no doubt a vasectomy is a painful operation. Are you saying you can’t do hard things? Are you saying that while your wife can endure pregnancy, delivery, and maybe even breast-feeding, you can’t go for a 30-minute procedure?

Stop making excuses. Stop being selfish. Just get the vasectomy.

Signed,
Women who have done their part 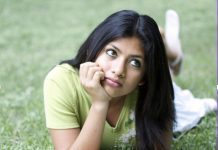 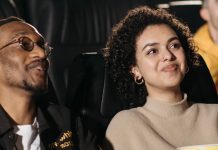 Skip the Romance, I Want Hilarious :: Not Your Average Date Night

It Got Better :: Life in the Sweet Spot