Last month, I told you about how I threw my son a birthday party on the cheap. I hate birthday parties. I really do. So, because of that, I only do them every other year. We do fun experiences or get a bigger gift the years in between.

Don’t let this picture fool you. What happened at this party completely threw me. Two years ago, at his 7th birthday, everyone was just that: 7. They all skated (or attempted to skate) and interacted as one group.

This year, there was a complete segregation from the moment the GIRLS arrived. Girls that he sees all the time. Girls that he has known socially from birth. But in this atmosphere, at this age…..something changed.

Now, before I get into the meat of this post, I want to explain that I am truly writing about what I saw. I do not hate girls, heck … I am a girl! I even wanted one or two. But, that didn’t happen. So, I may not be as familiar with the phases and stages that girls are going through as I am with these camo-wearing, motor-noise-making boys. I don’t have nieces. And it’s been a few years since I was a “tween” girl. But, I let some friends read this, and they felt that it had negative, girl-bashing tones. So, I want to reiterate that none of that is the intention of this post. It is, simply, something that I witnessed and found uber interesting. I truly hope that no girl-mamas are offended by this. Now, back to the story…

The first 6 or 7 of the guests to arrive were boys. We had light sabers (pool noodles) and did Jedi Training where they could battle each other and try to throw the other off balance. A simple strip of tape on the floor was their “balance beam.” This became the highlight of the party and the best $2 ever spent! Those boys beat each other with the pool noodles for a solid 45 minutes. They were completely oblivious to all but their opponent and his pool noodle, er … light saber.

When the girls arrived

Meanwhile, the first girl arrived. She brought me my son’s birthday card; I offered her pizza, chips, drinks, etc and she looked like she wanted to die. “I’m good,” she said and went to sit at another table. I had just started putting pizza down for the boys at their table, and there was still a vacant chair.

“Do you want to sit here with everyone? There is another seat right here.”

“I’m good” she said and sat at another table … alone.

Again, I only have boys, but I am learning that the girls their age are getting to the moody phase. The boys … they are just oblivious to all things. So, I just assumed maybe that was the issue. She was feeling upset or out of place because she was the only girl there.

But, then … the 2nd girl arrived, with her mom, younger sister and brother. She approached me with her card for my son, and we had almost the same exact conversation. I offered her pizza, chips, drinks, etc and she looked like she wanted to die.

Her mother then asked if she wanted pizza and she replied: “I don’t like pizza.” “REALLY?” her mother said in sarcastic shock.

But as each subsequent girl arrived and sat at the GIRLS’ table. They uncrossed their arms, started talking (albeit, only to each other), and even ate the dreaded pizza! 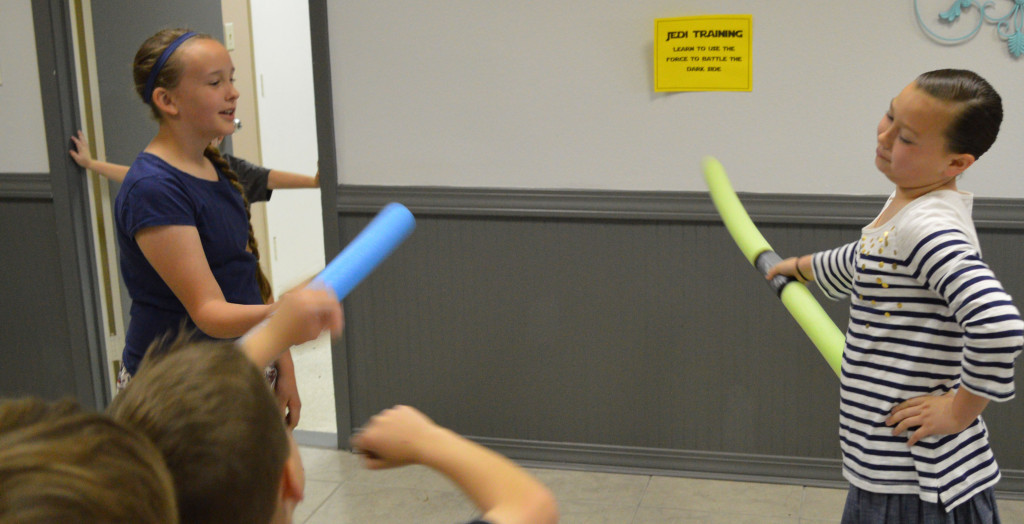 After pizza, it was back to Jedi Training. My husband noticed the girls watching intently and offered them a turn. The object was simply to knock the other Jedi off balance (read: off the tape line on the floor). He had put tape around the pool noodles to create a handle on the light saber.

The girls were half-heartedly beating each other with the noodles and ever so slightly smiling and the boys were yelling: “Your hands are gone! You can’t touch the light saber! You seriously couldn’t even hold that thing because you just cut your hands off!”

They continued to almost try to beat each other, completely unaware that their hands were now cut off by the force of the light saber/pool noodles.

Once their turns were over, the arms went back into the crossed position and the look of dread returned. They returned to the girls’ table (and got another piece of pizza). The boys … they remained completely oblivious to any of this. 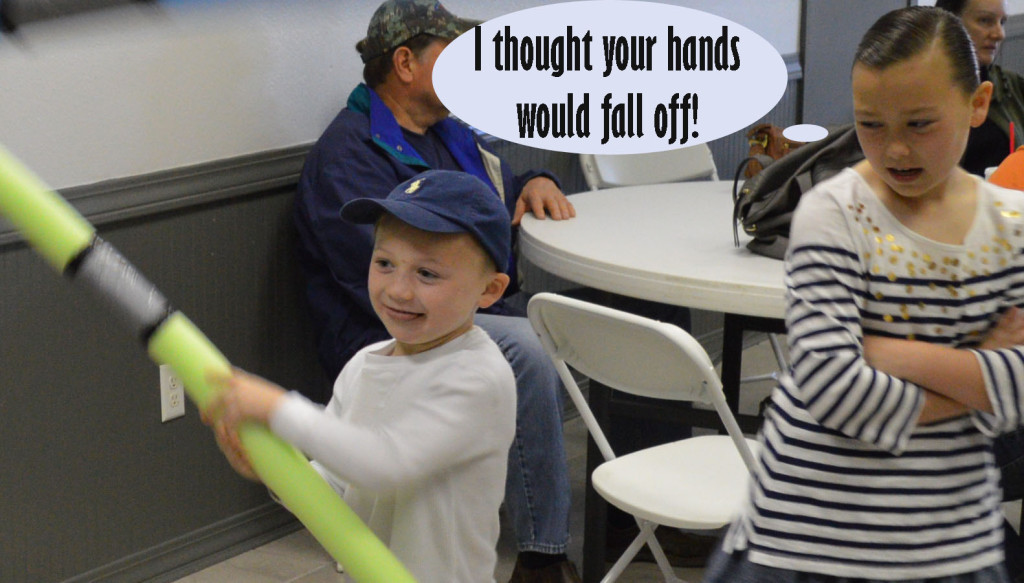 Each girl who came to the party followed this same procedure. Each boy, fought to be a Jedi and then got back in line to do it again, never really speaking to the girls or acknowledging that there was another table of “kids” in the room.

I was completely stunned at how much had changed between the boys and the girls since his last party two years ago and how differently these  and 10 year olds acted since then.

“This is it. It’s the beginning of the TWEENS.” I told my husband. “Did you see how each of the girls came in looking like they would rather die than be there? Then they wouldn’t eat, and pretended that they never did! Until they got together with the other girls. Then they were completely segregated! The boys didn’t speak to them or even realize they were there, other than to tell them they couldn’t touch the light saber!”

He said he hadn’t really noticed. Some things never change… 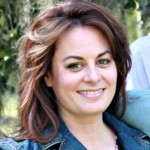 Kari, born and raised on the Northshore, began Northshore Mama after her family experienced a couple of rough financial years.  Kari shares the tips and tricks to maneuvering each store’s different marketing of their sales, as well as introducing her readers to various programs and websites where she earns free stuff every day.  Northshore Mama’s mission is to bring you the coupon deals and show you how to match them up with each store’s weekly sales to get the most bang for your buck!

To Cut or Not To Cut {Deciding the Fate of My...

Baby Teeth: The Best Way to Care for Them