I’m almost 40 and I’m dating again. Divorce heralds in much of what was once old making it new again. And I’ve never felt more lost in the myriad of approaches, processes, and social norms than dating. Again. Oh boy! First dates jitters. Awkward pauses. Wasn’t this all supposed to be behind me? Nope. Now you get this adventure of post-divorce dating but with the added element of an already over scheduled life and c-section scar to boot! Beach date anyone?

Preliminary dating conversations no longer are based solely on: Where do you work and what bars do you hang out at? Welcome to: So what’s your custody arrangement? When was your divorce final?

Before marriage, when you broke up with a boyfriend or girlfriend, they were part of your past. But after marriage, your co-parent is still around. Heck, he’s got a key to your house! Never before has a previous relationship been as an acceptable of a topic to discuss when you are dating than your own or another’s divorce.

“What happened? When did the marriage begin to fall apart?”

Let’s be real … we’re all wondering what was so bad that you ended your marriage? What was your part in it? And how could this affect me? It takes the romance out of dating when you dial in to those deal breaker questions early on, but it is necessary at this stage in life.

There is no time to waste to get real, because the stakes are about as high as it gets dating after divorce. Because no one wants to hurt like that again. 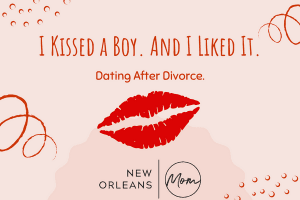 With dating, we’re pushing through with equal parts eagerness and trepidation. Putting yourself out there again, well, it’s a different world now. You have children. Compatibility reaches past two individuals. Does the other person have children? Are they divorced? And if they are not divorced, why did they never marry? What is their custody arrangement? How do they get along with their ex-spouse? How do they talk about their ex-spouse? Have they done the necessary inner work to be in the emotional state to even be dating? And on and on. Exhausting, isn’t it? Certainly could make you want to turn heel and think, “forget about dating, I’ll get a new hobby.” But then, you allow yourself the moment to dream about a new special connection. You let the idea of love creep back into your world of possibility.

Can you remember getting excited at just the thought of someone new? Not knowing everything about the other person? Do you recall holding their hand for the first time?

A lot changes when dating again. But some things never change. I’m hopeful and I’ve started my journey … wish me luck! 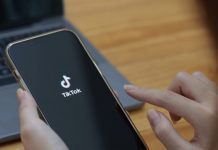 Why Are People So Surprised That My Ex Husband and I Get Along? 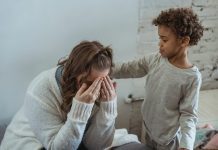 To the Widowed Mother Keeping It Together This Father’s Day 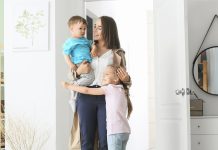 My Life as a Co-Parent